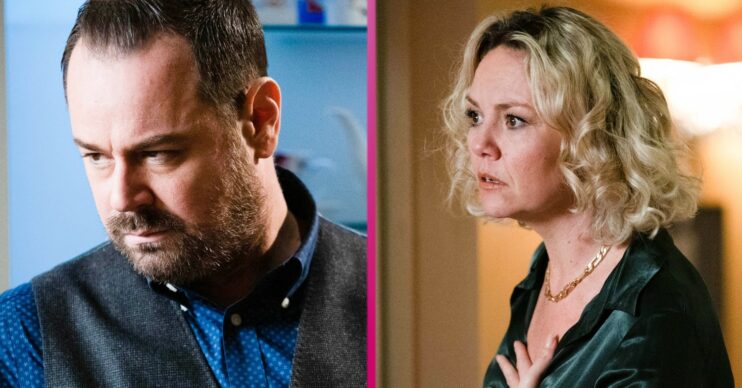 EastEnders spoilers for tonight reveal Mick announces he’s bringing his family back together.

Meanwhile Rainie and Callum try to talk to Stuart and Bobby and Dana plan something special.

On Christmas Day, Janine kissed Mick under the mistletoe.

She later revealed to Billy what happened and began scheming to get rid of Nancy.

Later Mick was shocked to find Janine naked in his bed, but he told her to get out.

Tonight Janine notices Mick’s struggling, puts two and two together and soon figures out why.

Nancy is furious with Janine for meddling with Zack and Mick soon makes a huge announcement – he’s bringing his family back together.

Callum and Rainie try to talk to Stuart

Rainie and Callum try to talk to Stuart but they can’t get through to him.

Later Rainie distracts herself by partying at The Albert and she’s soon sent a drink from a handsome man.

Meanwhile Bobby and Dana plan something special. Dana later tells Bobby she wants to learn more about Islam and visit the Mosque.

What time is EastEnders on tonight?

Tonight EastEnders will be on the slightly earlier time of 7.30pm tonight and the episode will be on for half an hour.

Will you be watching EastEnders tonight? eave us a comment on our Facebook page @EntertainmentDailyFix and let us know what you think.