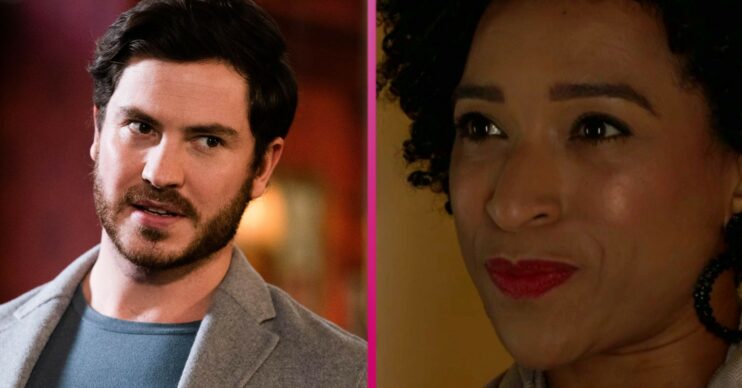 Gray has killed before

Meanwhile Gray isn’t happy when his boss has a go at him and he takes matters into his own hands.

Jay, Will and Janet visit Billy at his stall and gift him new reading glasses.

Billy tells the kid he has a new bachelor pad.

Soon Kathy and Ricky pass by the stall and Rocky winds him up so Billy challenges him – whoever sells the most in 10 minutes wins.

At The Vic, Billy is desperate to get one back on Rocky and challenges him to a game of foosball.

Gray to kill his boss?

This week, Gray attended a work function with Chelsea. The two made the most of the free bar.

However Gray ended up getting extremely drunk and embarrassed himself.

After Chelsea took him home, Gray’s boss Laura came by the house.

As Gray slept, she warned Chelsea to run from Gray while she can.

Tonight, after the party, Gray wakes up hungover. He has overslept and missed a work meeting.

Later Gray is on the phone to his boss Laura. She isn’t happy with his performance at work, so Gray takes matters into his own hands.

Over the last few weeks, Suki has been struggling to deal with her grief and guilt after the death of her son Jags.

Tonight Kheerat is concerned for his mum, but Suki bats him away. She heads to the Minute Mart and is angry to find Honey there running things.