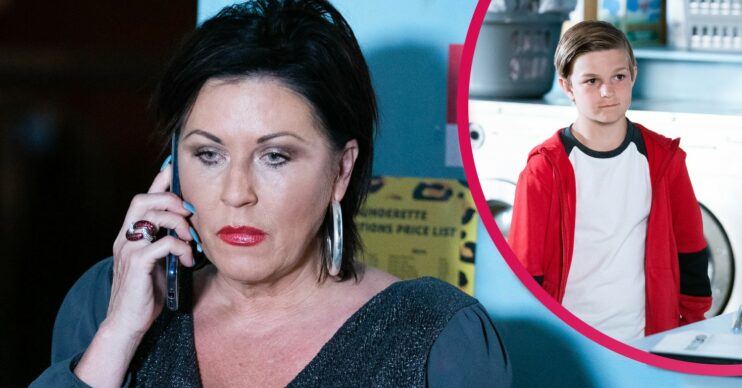 Kat gets news about Tommy

EastEnders spoilers for tonight reveal Lola is left furious as Ben meddles with her personal life.

Meanwhile things get worse for Ash and Tommy’s video is shared by Harry Redknapp.

Earlier this week, Sheree encouraged Lola to break up with Isaac, who was recently sectioned following a schizophrenic breakdown.

Lola made the decision to end the relationship, however it’s clear she’s upset about it being over between them.

Tonight Peter checks in on Lola and she updates him on Isaac. However Peter soo lets slip that Ben put him up to talking to her so she leaves.

Lola confronts Ben about his meddling.

Things get worse for Ash

Meanwhile Ash is stressed about everything going on at work as Honey prepares to face Suki after her revelation.

At the hospital, things go from bad to worse for Ash when she realises her inspection is harsher than usual due to her past suspension.

Ash vents to Honey about her mum and insists she’s the only person that Suki will listen to.

Will Honey go to see Suki?

At the cab office Kim tells Kat that Tommy’s video has been shared by Harry Redknapp – he’s famous now.

They keep watch of the video as it goes viral. Soon Kat gets the call – Tommy made the team.

EastEnders continues tonight at 8.35pm on BBC One.