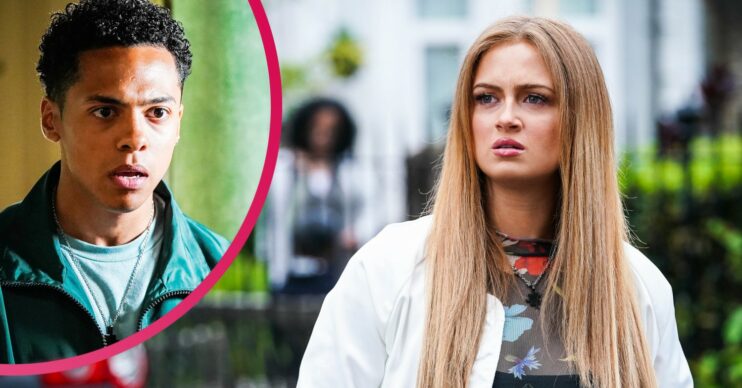 Tiffany finds out the truth

EastEnders spoilers for tonight reveal Tiffany finds out Keegan cheated on her.

Meanwhile Kathy and Harvey go to Whitney’s gig together, and Kat makes a worrying discovery about Tommy.

Vinny flirts with Dotty and tells her about his pitch meeting with Phil Mitchell.

Afterwards he runs into Keegan, who tells him Dotty isn’t worth it. Keegan wishes Vinny luck as he heads off for his pitch meeting about the tech booth.

He’s soon surprised he needs to pitch the idea to Karen, but he’s able to convince her that it’s a good idea.

At the café, Keegan admits to Mitch that he cheated on Tiffany and Mitch advises him to tell her the truth.

In Ruby’s office, Keegan tells Dotty that he’s going to come clean to Tiff, but she convinces him not to.

However they don’t realise Vinny is listening in the hallway.

Keegan is determined to move on and sets up a romantic date for Tiff.

Before she returns home, Vinny tells her everything leaving Tiffany shell-shocked.

Kathy goes on a date with Harvey

Bobby notices his nan looking over at Rocky and suggests she finds someone else to take her mind off him.

When Kathy tells Karen she doesn’t have a date to the gig she suggests she goes with Dana’s dad, Harvey,

At The Vic Bobby and Dana are shocked to see Kathy and Harvey together.

Meanwhile Whitney is nervous ahead of her song and tries to leave by Rocky stops her.

She eventually builds up her confidence to take the stage and the crowd adore her.

Rocky approaches Kathy and tells her he’s happy she’s moved on. Stung by her nonchalance, she decides her date with Harvey is now real.

Disaster at The Vic

Meanwhile there’s stress in the kitchen of The Vic when Mick burns the pies. Nancy jumps in to take over.

Kat questions Lexi about Tommy’s online search history and she tells her he’s been speaking to a woman online.

She confronts her son about the messages. She soon takes away his devices as punishment.

EastEnders continues tonight at 8.05pm on BBC One.