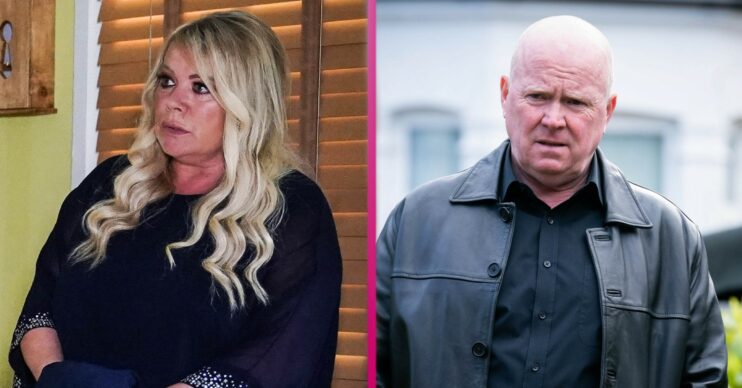 In last night’s episode (Thursday, September 2) Zack confessed to Nancy about his involvement in the hit and run.

Tonight Frankie has a change of heart and decides to come clean to Nancy about the accident.

Mick watches on, but what will Nancy say?

Tommy goes to Martin for help

Last week, Kat discovered Tommy was meeting up with Scarlett Butcher, who Tommy believes is his cousin.

However Tommy has no idea that Alfie’s cousin, Michael, is his biological father, making Scarlett his half-sister.

Tonight Kat is trying to bond with a reluctant Tommy. He insists that she help Scarlett as she has a court hearing that could place her anywhere.

Later he goes to see Martin and asks for Alfie’s whereabouts, thinking he’ll be able to live with Alfie and Scarlett.

Martin realises that Tommy doesn’t know the truth and promises to speak to Kat.

After Gray claimed to have spotted Tina on a bus recently, Shirley and Mick became determined to clear her name for Ian Beale’s attack, so she can come home.

Tonight Sharon confides in Phil about her guilt over Ian, explaining that Linda and Shirley are pressuring her too.

She suggests going to the police, but Phil reminds her she could face time.

Later Phil worries when he can’t get a hold of Sharon and leaves her a warning not to do anything stupid.

Will Sharon go to the police?