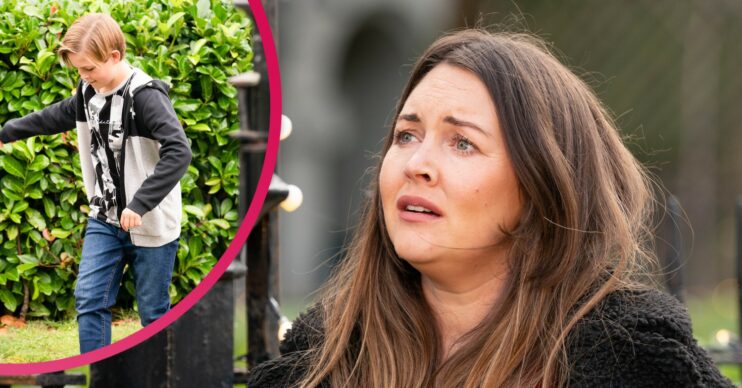 Stacey and Jean are still arguing

Meanwhile Stacey tries to make things right with Jean and Patrick tries to convince Vi to find her son.

Read more: Has Rose Ayling-Ellis left EastEnders for good? The truth behind her exit

Tiffany gets a call from the girl who lost her keys and Liam pretends to be concerned.

Meanwhile Dotty tries to convince Tiffany not to go on a date with Aaron because Keegan is much better. However Tiffany just thinks she’s jealous.

Soon Tiff runs into Keegan and he encourages her to keep going with the business.

Tiffany ends up cancelling her date with Aaron.

Meanwhile in The Vic, Keegan tries to be cordial with Liam and tells his dad about his plan to get back with Tiffany, but at the bar he overhears Liam talking about money and going into business with Tiffany.

Determined to protect Tiff, Keegan tells her what he overheard. What will she say?

Stacey offers an olive branch to Kat, asking her not to move in with Phil.

Trying to improve things with Jean, they all take the kids out and Kat asks they not let Tommy play football as he’s still recovering.

Despite Stacey’s best efforts, she still clashes with her mum and heads into the café for respite.

Kheerat flirts and offers some wise words as Vi listens in.

While Jean goes off looking for Stacey, Tommy takes out his hidden football.

Patrick tries to convince Vi to find her son

Read more: Where is Libby Fox in EastEnders? What is actress Belinda Owusu up to now?

Patrick tries to convince Vi to change her mind about finding her son Christopher, but she is sick of him asking.

Will Patrick convince her to find Christopher?