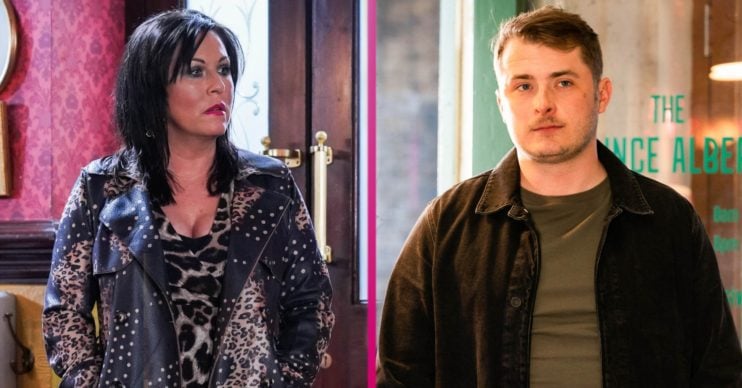 EastEnders spoilers for tonight reveal Ben and Callum face a new problem in their relationship.

Meanwhile, Kat is mugged when walking home. But will she be okay?

After returning home from their honeymoon earlier this week, Phil made it clear to Ben that the honeymoon was the last thing he’d get from him.

Tonight Ben meets up with Callum only to find him with his colleague Fitzy. However Ben soon senses that he’s not welcome and leaves them to it.

Meanwhile Kheerat checks in on Sharon and opens up about Chantelle.

Later whilst talking to Kheerat, Ben opens up about his troubles with Callum. He tells Kheerat that he can’t stand the idea of someone sneaking around behind his back, leaving Kheerat feeling guilty.

Will he ever tell ben about his relationship with Sharon?

Kat in danger as she’s mugged?

Read more: Squirrel on The Masked Dancer to be unveiled as Maisie Smith, fans predict

In last night’s scenes (Thursday, June 3 2021) Kat encouraged Phil to try and make things up with Ben and be a part of Raymond’s life.

When Bert and Ernie were upset that their dad, Alfie, wouldn’t be going to ‘Bring Your Dad’ day at the holiday club, Phil offered to step in.

In tonight’s episode it’s ‘Bring Your Dad’ day and Phil and Kat run into Jack and Raymond.

Meanwhile Kat heads home by herself, but ends up getting mugged.

Shaken up, Kat bumps into Callum and Suki, who asks if she’s okay. However when Suki makes a comment about Phil finding a way to deal with the mugger, Kat fiercely defends him.