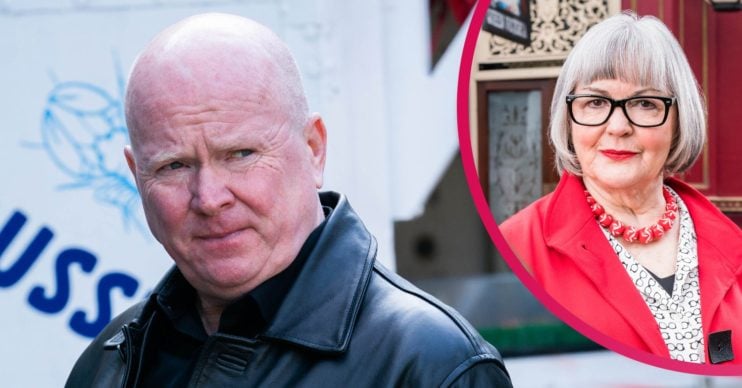 EastEnders spoilers reveal Stuart and Callum’s grandma Violet arrives in Walford. But she causes some trouble for Phil.

In next week’s scenes Whitney tells Callum that she’s can’t go to his wedding. She’s sure Kush’s death was no accident, despite Callum assuring her that Ben had no involvement.

Later Callum’s uncertainty wavers when he overhears Ben planning a surprise. But what he doesn’t realise is Ben and Stuart have invited his grandma Violet as a surprise.

When Stuart introduces her to Ben, their first impression of each other don’t go too well.

Later things go from bad to worse when Ben announces his surprise to Callum. Callum is determined to find out if Ben hurt Kush.

When Violet arrives she catches on to the tense atmosphere and questions an anxious Ben.

Later Ben reiterates that he didn’t hurt Kush and demands no more lies.

Callum takes Ben’s leads and confesses a big secret of his own… he lied about being undercover. Thompson was never the target, it was Phil all along.

After Callum’s bombshell, Ben is furious and demands answers. Unaware of what’s happened, Phil tries to get things back on track and he demands Callum fix things with Ben.

Read more: EastEnders SPOILERS: Linda pregnant? But who is the father?

In a last ditch attempt to make things right, Callum tells Ben he’ll be waiting at the registry office on Monday and all Ben needs to do is show up.

Will Ben and Callum’s wedding still go ahead?

Later Violet introduces herself to Phil and demands he takes her for a drink so they can get to know each other better.

Kat later spots them and Vi’s comments rub him wrong way and he leaves. But Kat joins Vi instead and gives her a piece of her mind.

Later, Phil returns and he’s grateful that she stuck up for him. But is this the last he’s heard from Violet?