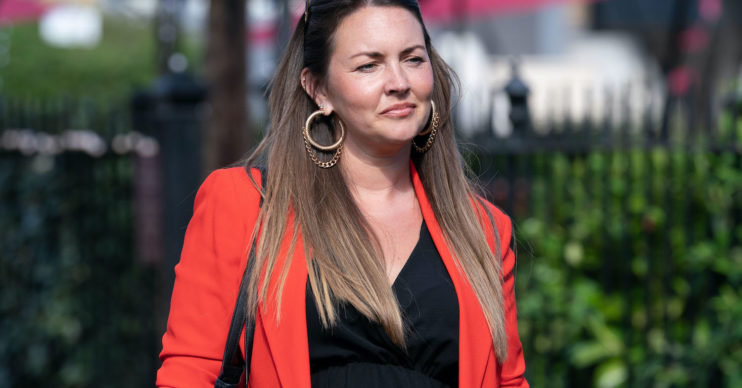 EastEnders SPOILERS: Stacey makes a return to Walford but will she stay?

Will Martin be pleased to see her?

Stacey Fowler makes a spectacular return to Walford in next week’s EastEnders… but will anyone be pleased to see her?

With Stacey away, Martin Fowler and Ruby Allen have been making the most of spending lockdown stuck indoors together.

But how will Stacey feel when she gets home to find her husband and best friend are now an item?

Ruby is still struggling with her finances as someone continues to withdraw huge sums of money from her account.

Read more: Lorraine Stanley stuns fans as she shows off her new hair

Until now, she has kept her cash flow troubles from Martin, but next week she finally admits that someone is pretending to be her.

However, before she can worry about her money troubles any more, she has got bigger things to panic about.

A car pulls into Albert Square and Stacey steps out… leaving everyone shocked.

Stacey approaches Ruby but doesn’t get the warm welcome she was expecting.

However, it’s not just Ruby who gives her a frosty reception.

Martin is also less than pleased to see Stacey, especially when she reveals she not planning to stick around in Walford for long.

Annoyed on Martin’s behalf, Ruby goes to see Stacey and tells her she should think about staying in Walford for longer so that Martin can spend some time with the kids.

But it’s only when Stacey sees her mum, Jean, that the guilt finally kicks in.

Since Stacey left, Jean has been battling cancer and has also lost the love of her life, Daniel.

But will Jean forgive her daughter and welcome her home with open arms?

After Martin has a heart-to-heart with Stacey later in the week, Ruby asks him if he still has any feelings for his estranged wife.

He has always been adamant that things are over between him and Stacey… but now that she is back in Walford, is that still the case?