Jay is going to be sent spiralling after someone from his past dies and he has to bury him at Coker and Mitchell.

It’s getting colder outside, but things are heating up in Walford!
The leaves are dropping, and so is our Autumn trailer. #EastEnders pic.twitter.com/yo5Q9xbyca

Brooding and reeling from the news, Jay hits the bottle in the explosive autumn trailer for the soap.

And it looks like Jay is thinking about his late father as he visits a bench with "Jason Dyer RIP" scratched into it.

Could Jay be burying a member of his own family?

Read more: EastEnders fans want Jay and Lola to get a good storyline - or leave Walford for good

In another scene he can be seen leaning over a coffin and whispering to a body.

He says: "By the time this funeral's over and everyone's gone home, they'll know it was for a scumbag like you."

His former boss Billy Mitchell tells him to drop whatever he's thinking about doing but a drunk Jay is then seen casting doubt on whether he will drop it. 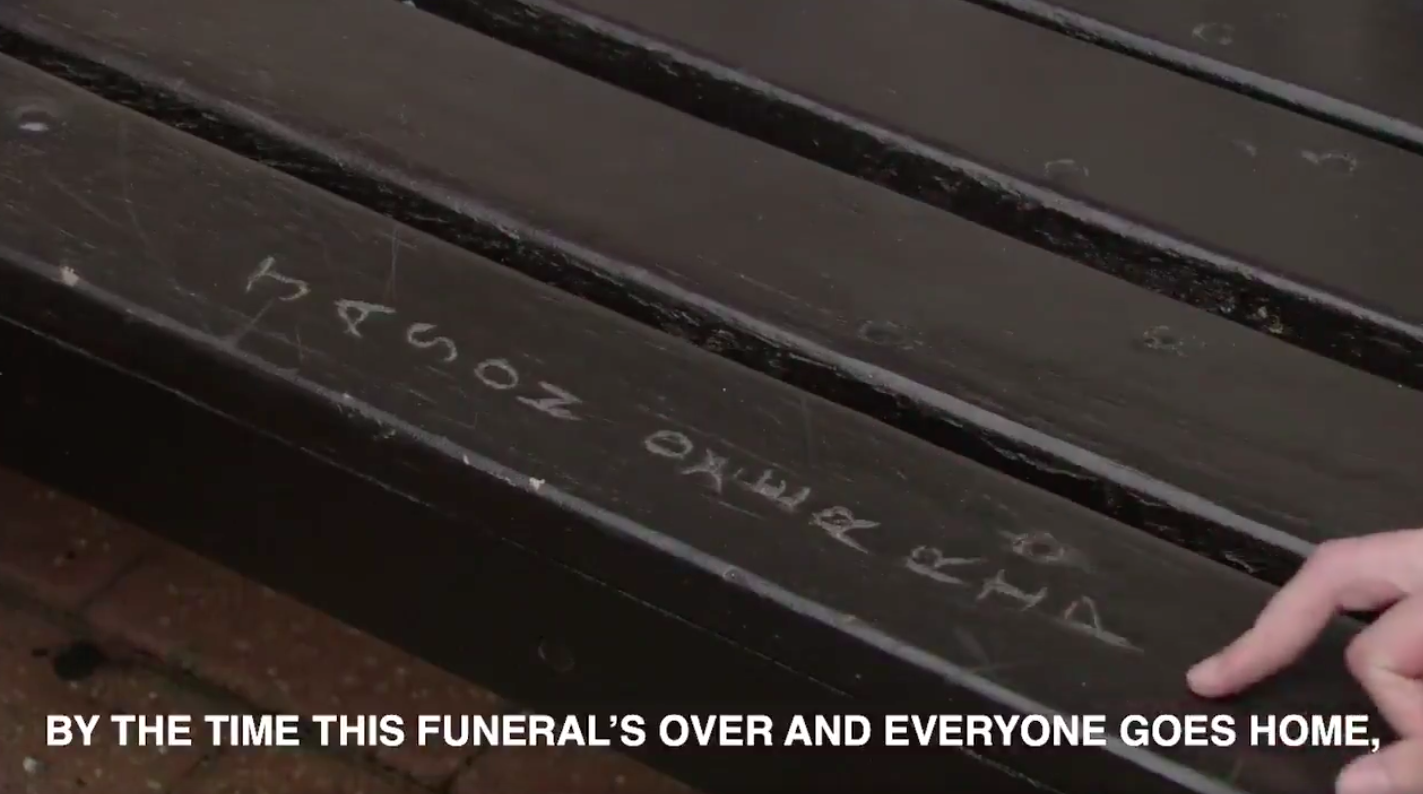 What does this message about Jay's dead dad mean? (Credit: BBC)

Earlier this month filming pictures showed Jay breaking down as he performed a funeral that was said to be connected to his family.

He is helped by Ben Mitchell to get through the funeral, but there could be more upset around the corner for Jay as the trailer seems to show Lola Pearce being kidnapped.

She screams for help as she's dragged through a warehouse with no clue about who it is trying to hurt her.

Only a large man can be seen carrying her, and in another scene from the trailer Ben Mitchell fronts up to the Panesar brothers after they threaten his daughter Lexi.

Could they have gone for her mother instead? Or will Lexi still be in danger?

And can Jay and Ben put a stop to it all and save Lola?

What did you think of the trailer? Leave us a comment on our Facebook page @EntertainmentDailyFix and let us know what you think!