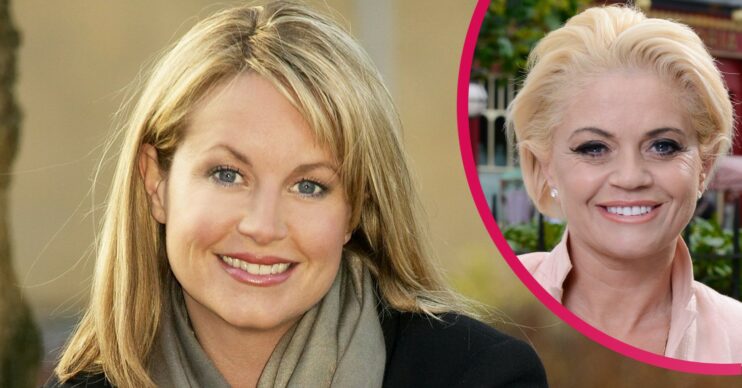 The troubled character will be returning later this year

As EastEnders spoilers go, this one’s a whopper. Sam Mitchell is making a shock return to EastEnders – but Danniella Westbrook will not be playing her.

Phil and Grant’s younger sister was last seen in 2016 with Danniella in the role.

But now actress Kim Medcalf, 48, is returning to the role.

Who played Sam in EastEnders – and when?

The star remained in the role until 2005. When Sam returned in 2009, it was Danniella playing her.

During her last stint, Sam attended the funeral of her mum Peggy before abandoning her son Ricky with his dad Jack Branning.

She fled back to Spain alone.

And now she’s set to return for him – with a host of explosive storylines to back her up.

EastEnders spoilers: How will she return?

According to The Sun, BBC soap bosses have been in talks with Kim since last autumn.

A source told the newspaper: “Sam’s return has been on the cards for some time. They felt she was a natural fit for this version of Sam. It’s nothing against Danniella, she created an icon as the character.

“But as often happens in soaps, the bosses wanted to recast and take Sam in a different direction. Kim is due to begin filming in two weeks and everyone is very excited.”

In a statement Kim said: “When the BBC approached me last year to reprise the role of Sam I was thrilled.

“She’s a brilliant character and I can’t wait to get back in the Square and work with the amazing cast.”

BBC head of continuing drama Kate Oates added: “I have long wanted to bring Sam back into the family fold.

“Her return is guaranteed to be explosive.”

Sam’s return will come as her brother Phil faces a choice between life in prison or becoming a police informant.

He has been framed for Vincent Hubbard’s murder and offered the chance to turn grass.

So far he has been steadfastly refusing to even consider it.

But will his sister’s arrival change his mind?