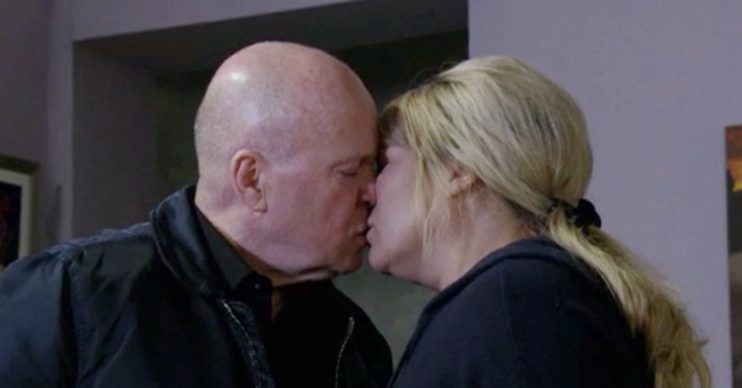 There will be no going back after this

EastEnders has confirmed it is definitely over for Phil Mitchell and Sharon Watts.

The former couple are officially divorcing according to new spoilers released by the soap.

Fans know Phil brutally dumped Sharon when she chose keeping baby Kayden over Phil’s ego, but she got her own back by snatching the Queen Vic from under him with Ian Beale’s help.

Now the soap has revealed that Phil has been brooding over losing the Vic to Ian but is now over it.

The Instagram story reveals while he had been spending lockdown with his family, Phil was getting itchy feet towards the end of it.

And he’s desperate to finally get the divorce settlement sorted – and has been busy with his lawyers doing just that.

It is confirmation that Phil and Sharon are over for good – and that he hadn’t had a change of heart in lockdown.

Meanwhile, it has been rumoured that Sharon is moving on with another baldie in the Square – Max Branning.

An official teaser from the BBC One soap teased how Max has been growing close to Sharon during lockdown.

And with both of the characters single and Sharon’s penchant for a shiny head well-known, fans are sure they’re a match made for Walford.

Writing on WalfordWeb, one said: “I’m predicting that Max and Sharon will get in a relationship and he will help her run the Vic and become a father figure to Kayden.

“Ruby is with Martin now, I’m guessing Stacey will return with Jerome and Letitia Dean said on Secrets from the Square that she thinks Phil and Sharon are done now so I can really see Max and Sharon being together.

“Plus it says in his teaser that they got close during lockdown.”

A second agreed adding: “Max and Sharon. Hmm. I’d like to see what their chemistry is like. Could work. It would give Max some much needed direction.”

Another joked: “Sharon likes a baldie so Max seems like a good option.”