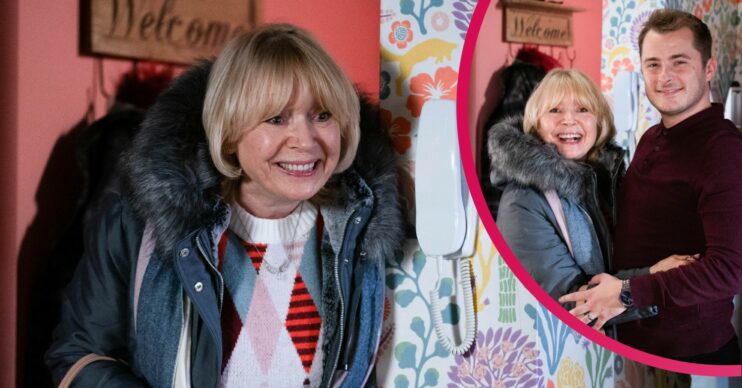 Callum and Ben were recently attacked

EastEnders spoilers for next week reveal Pam Coker returns as Ben struggles after the attack.

This week, Neil and his friends attacked Eve, Ben, Callum, Stacey and Ash.

Ash was knocked to the ground and Callum was kicked multiple times as Ben watched frozen in fear.

Next week Callum reaches out to Phil and asks him to give Ben a break. Callum tells Ben he spoke to Phil but Ben isn’t impressed with his gesture and wants to go home.

Read more: EastEnders in 2022 – who’s leaving and who’s coming back to Walford?

Later Callum desperately tries to get through to Ben but he doesn’t want to talk.

Ben is surprised when Paul’s grandmother Pam pops over having heard about the attack.

Ben finally allows himself to break down as Pam comforts him. It’s clear he’s struggling with what happened.

However Ben misses a meeting with Phil and some important clients, leaving Phil furious.

Later Callum opens up to Kathy about his concerns for Ben.

Meanwhile Phil crosses paths with Isaac walking Lexi home and lets him know he doesn’t want anything to do with grasses or their families.

Soon Kathy interrupts their conversation needing to talk to Phil.

Read more: Who is in the cast of EastEnders 2022? Meet the Walford line-up

When Ben arrives home he realises Kathy, Phil and Callum have staged an intervention.

Ben tells them he is tired of fighting and admits he’s scared for his safety.

Meanwhile Kat is chuffed with her birthday present from Phil when Lola appears, furious at Phil for the way he spoke to Isaac.

Will you be watching next week’s episodes of EastEnders? Leave us a comment on our Facebook page @EntertainmentDailyFix and let us know what you think.