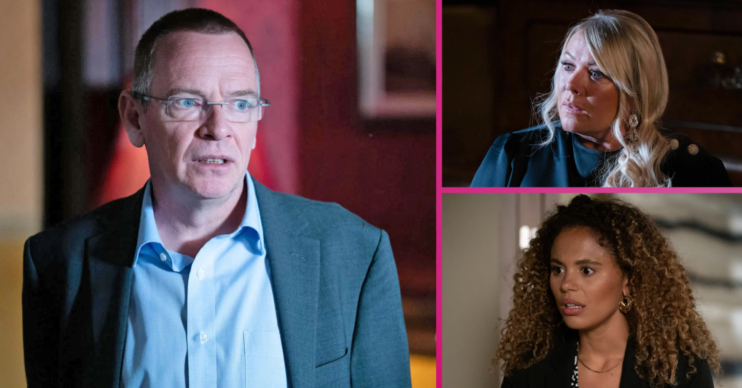 EastEnders spoilers for next week reveal Sharon finds out the truth about the night Denny died, but will Ian be able to cover his tracks?

Meanwhile, Chantelle plans her escape from Gray, while Ruby makes a bad decision which leads to devastating consequences. 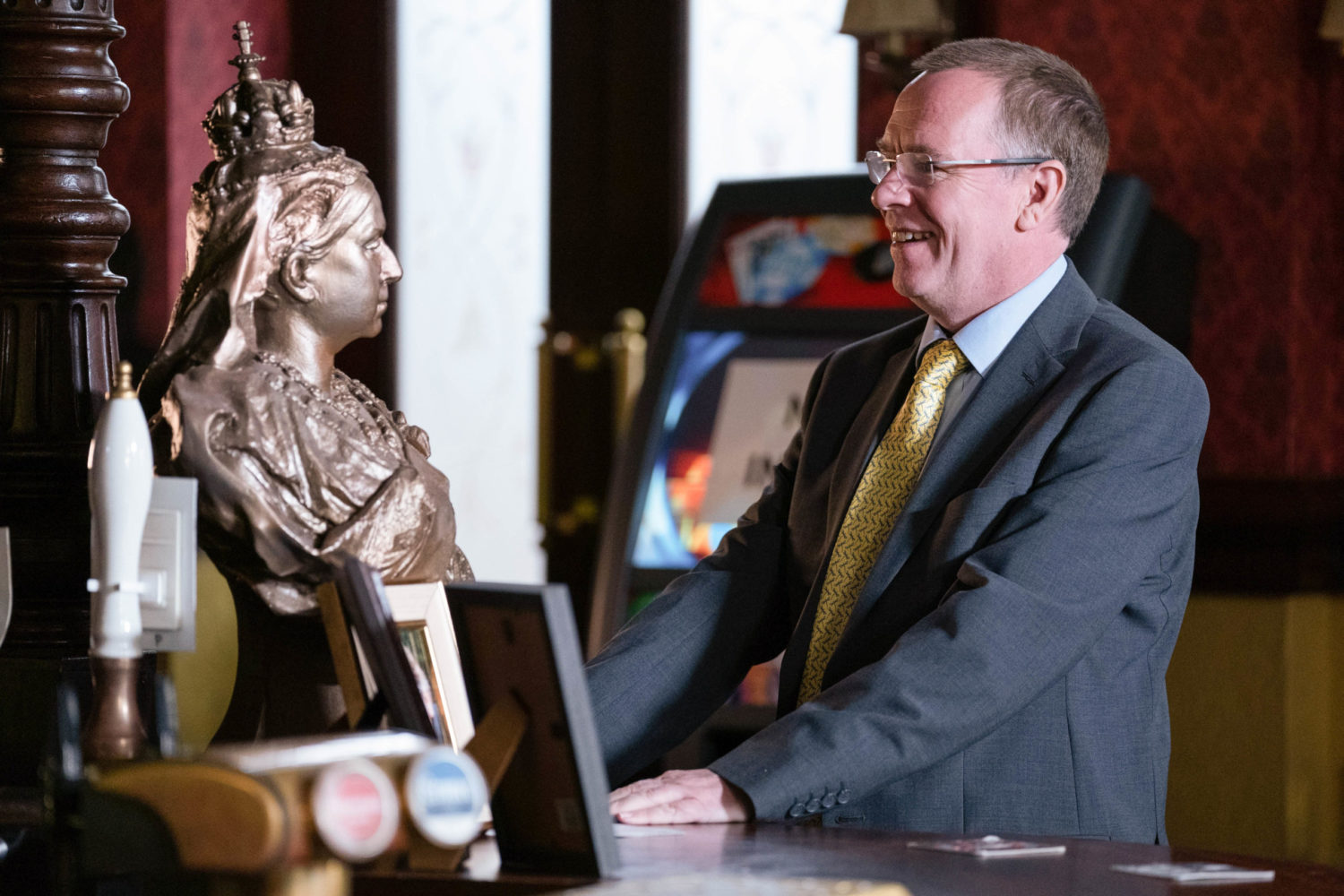 Ian’s thrilled to have a fresh start at The Vic now that the boat crash investigation is closed.

Later at Dotty’s court hearing, Ian agrees to drop his charges against her if she stays quiet about Denny’s death.

Dotty agrees, but she doesn’t keep her promise for long. 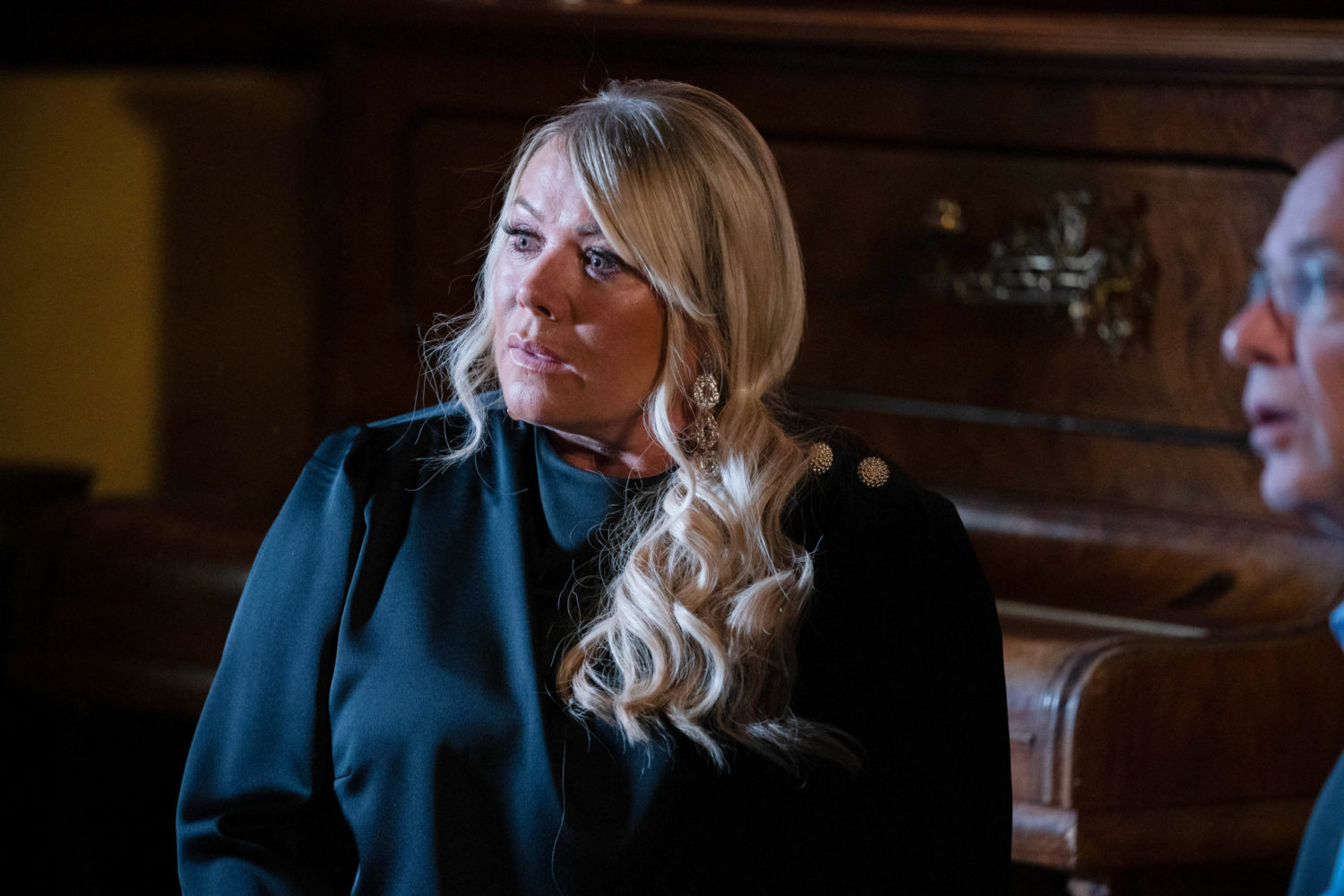 After Ian annoys Dotty, she marches into the pub, ready to tell Sharon the truth.

Sharon is speechless when Dotty tells her Ian is the reason Denny is dead. 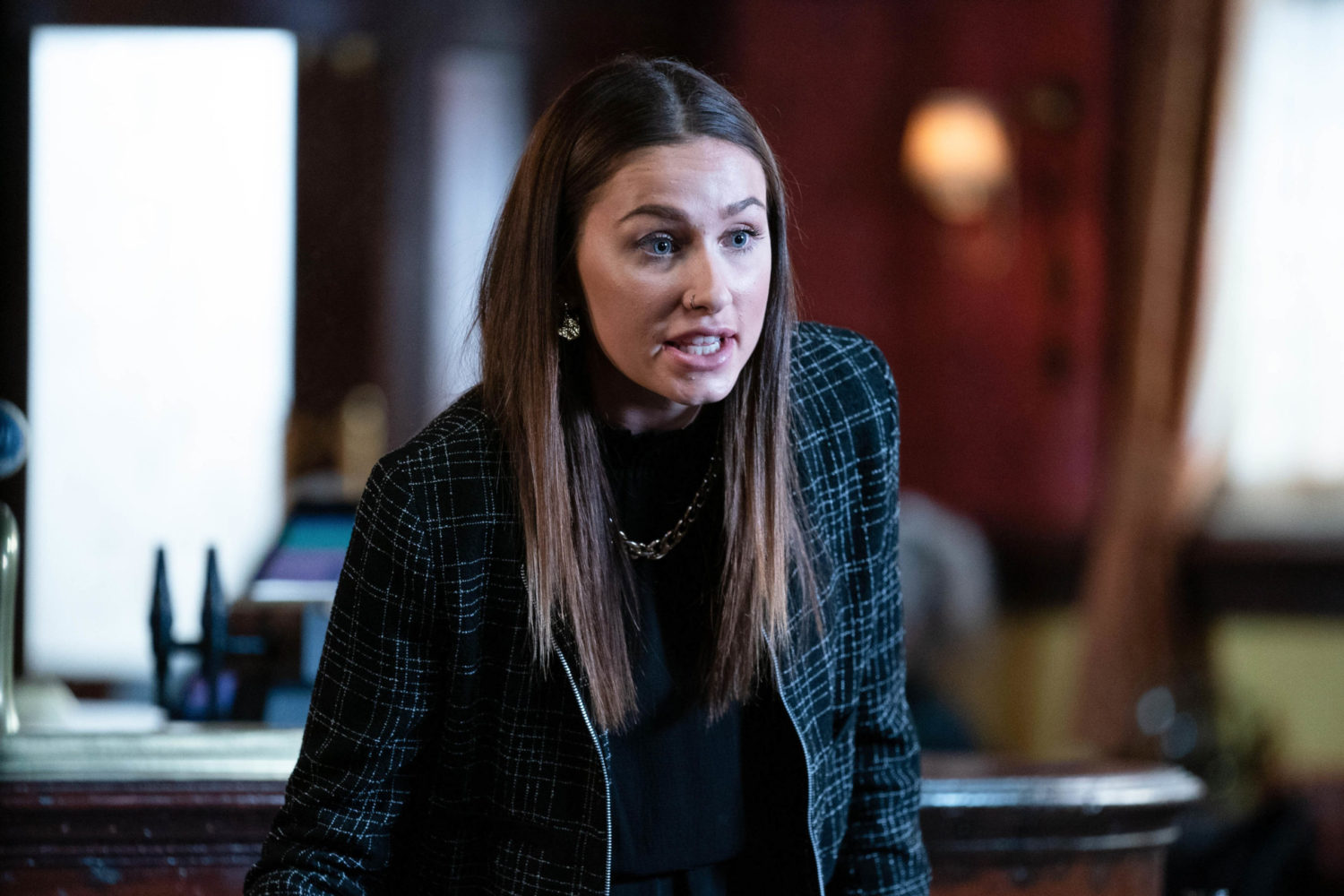 Dotty doesn’t hold back as she tells Sharon everything about the night Denny died.

But will Sharon believe Dotty’s claims? Or will Ian manage to cover his guilt once again? 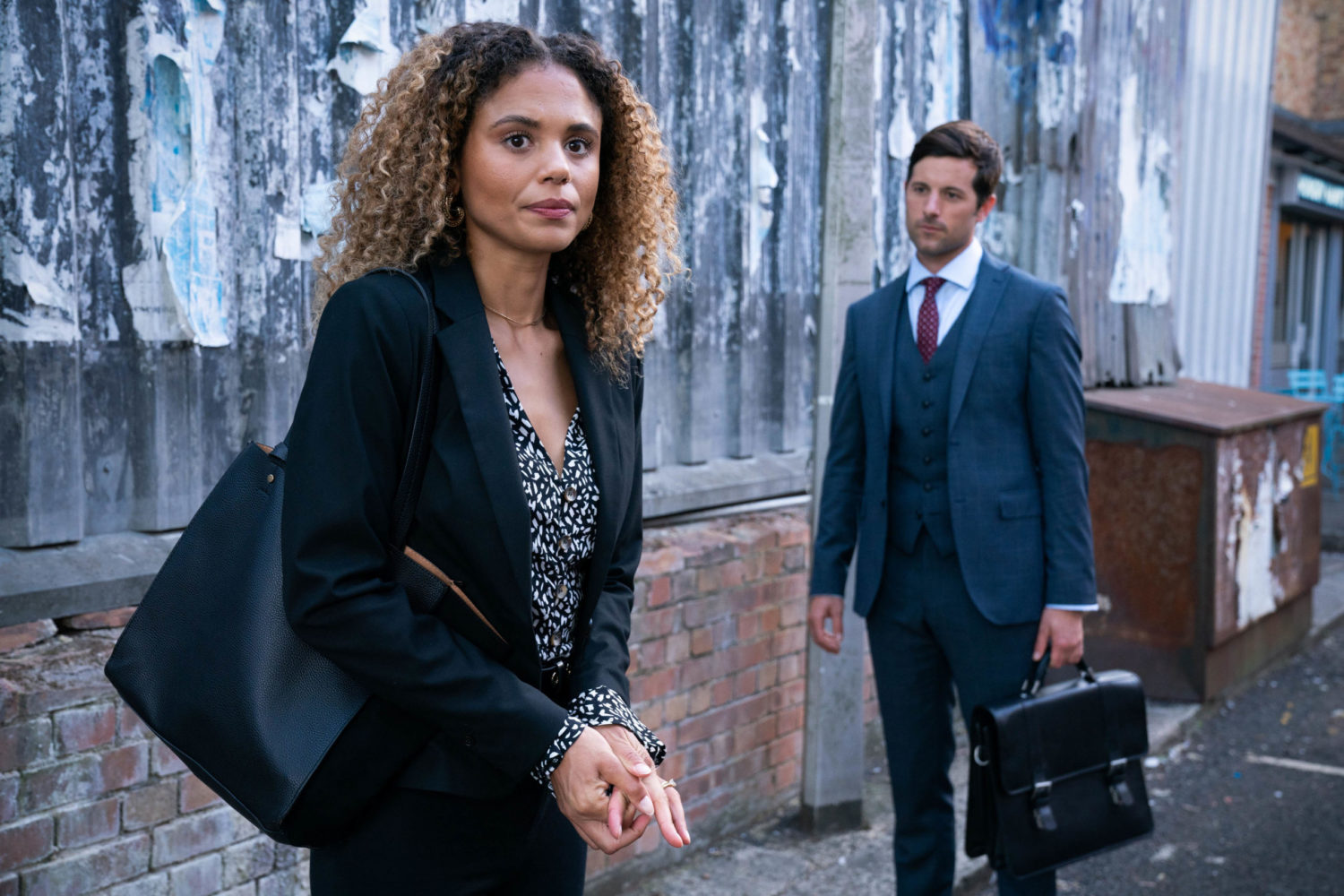 Spending lockdown with Gray has made Chantelle realise she needs to leave him.

She meets with his rival law firm to talk about getting a divorce, but soon discovers it’s going to cost more than she thought to leave her husband. 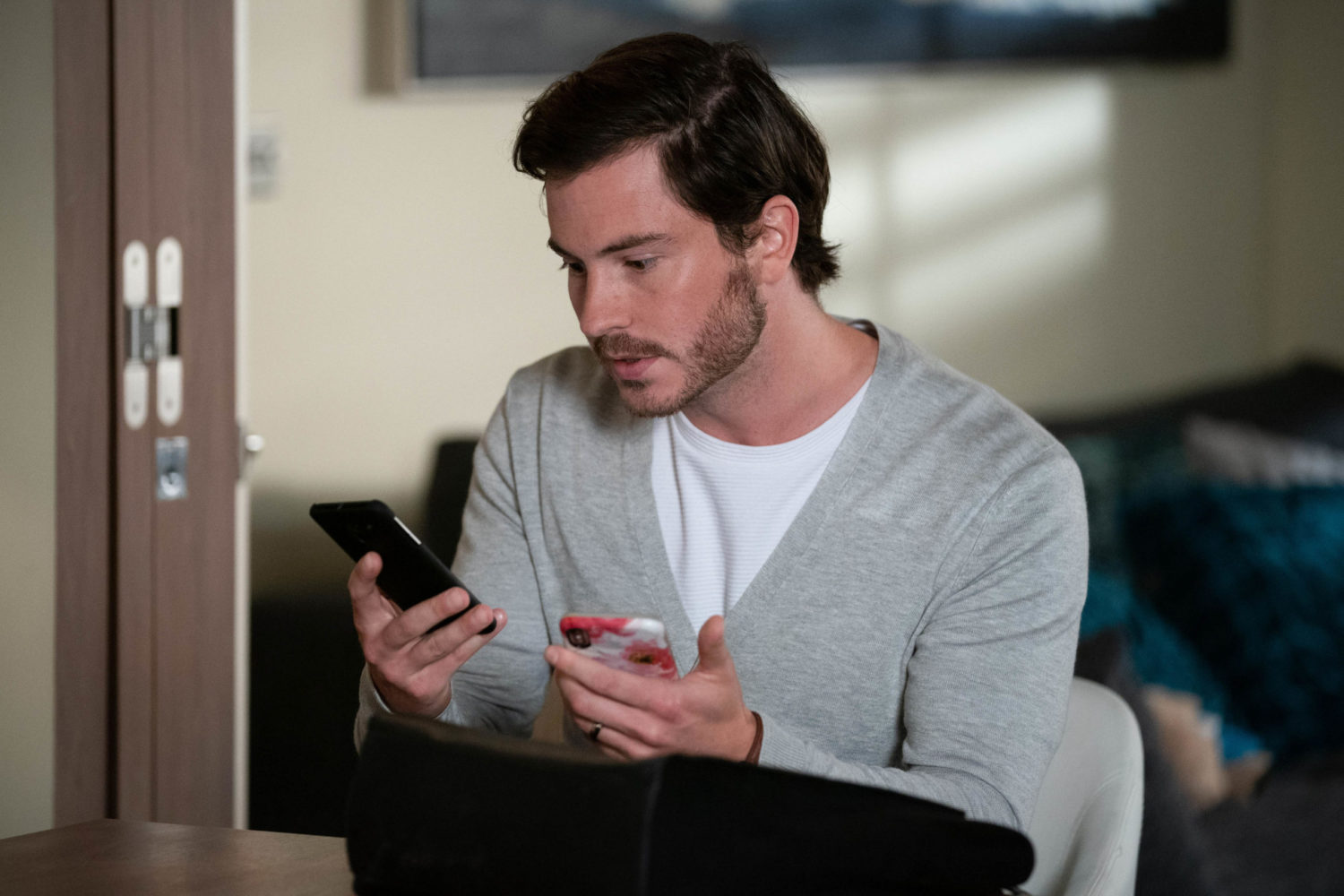 He adds a tracking app to Chantelle’s phone and takes away her credit cards. 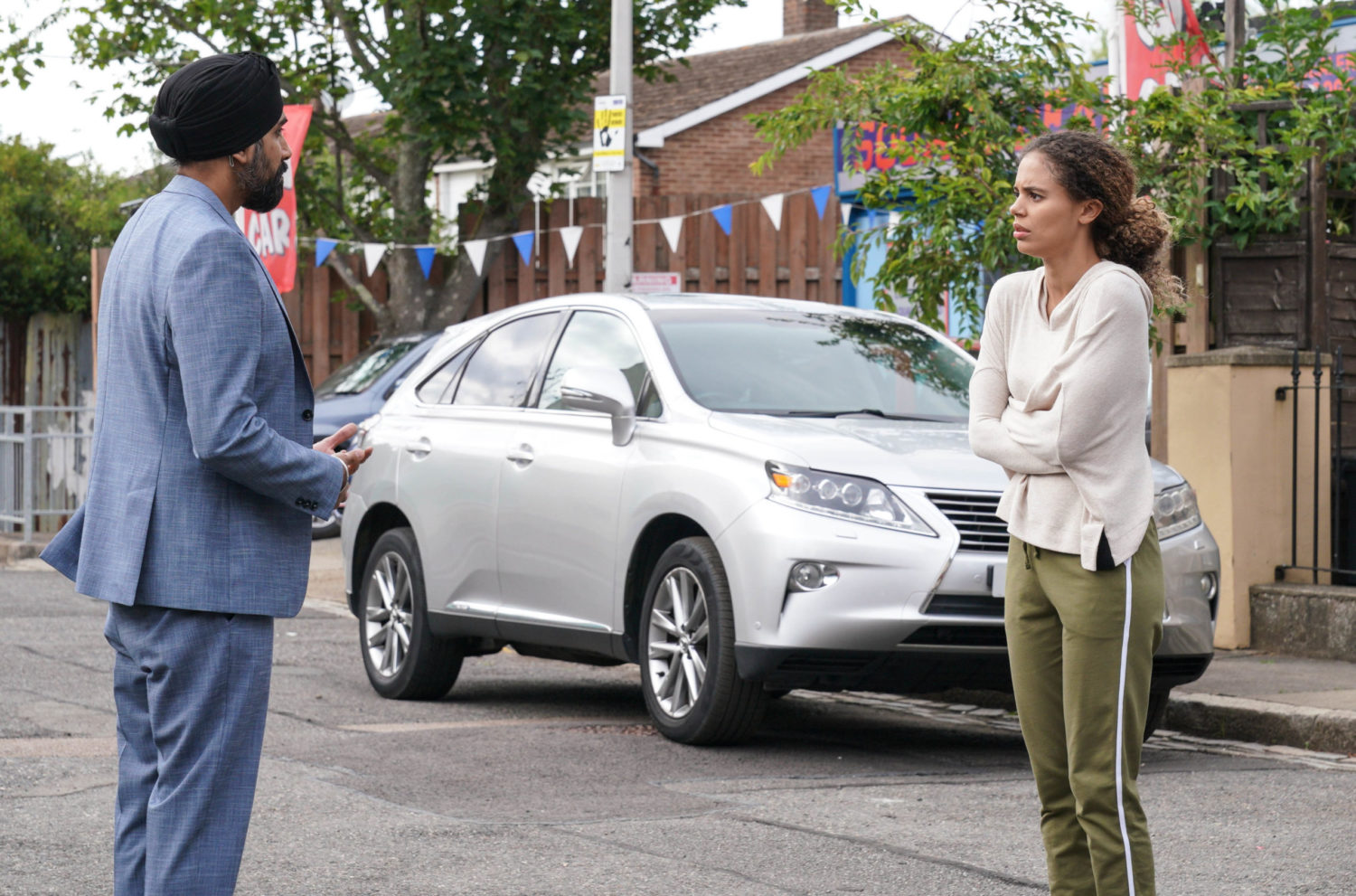 Chantelle asks Kheerat for a loan, but little does she know he is having his own financial worries.

Kheerat is shocked when Chantelle admits the money is for a divorce and promises to help Chantelle and the pair share a moment.

As Kheerat’s money troubles go from bad to worse, Chantelle plans her escape. 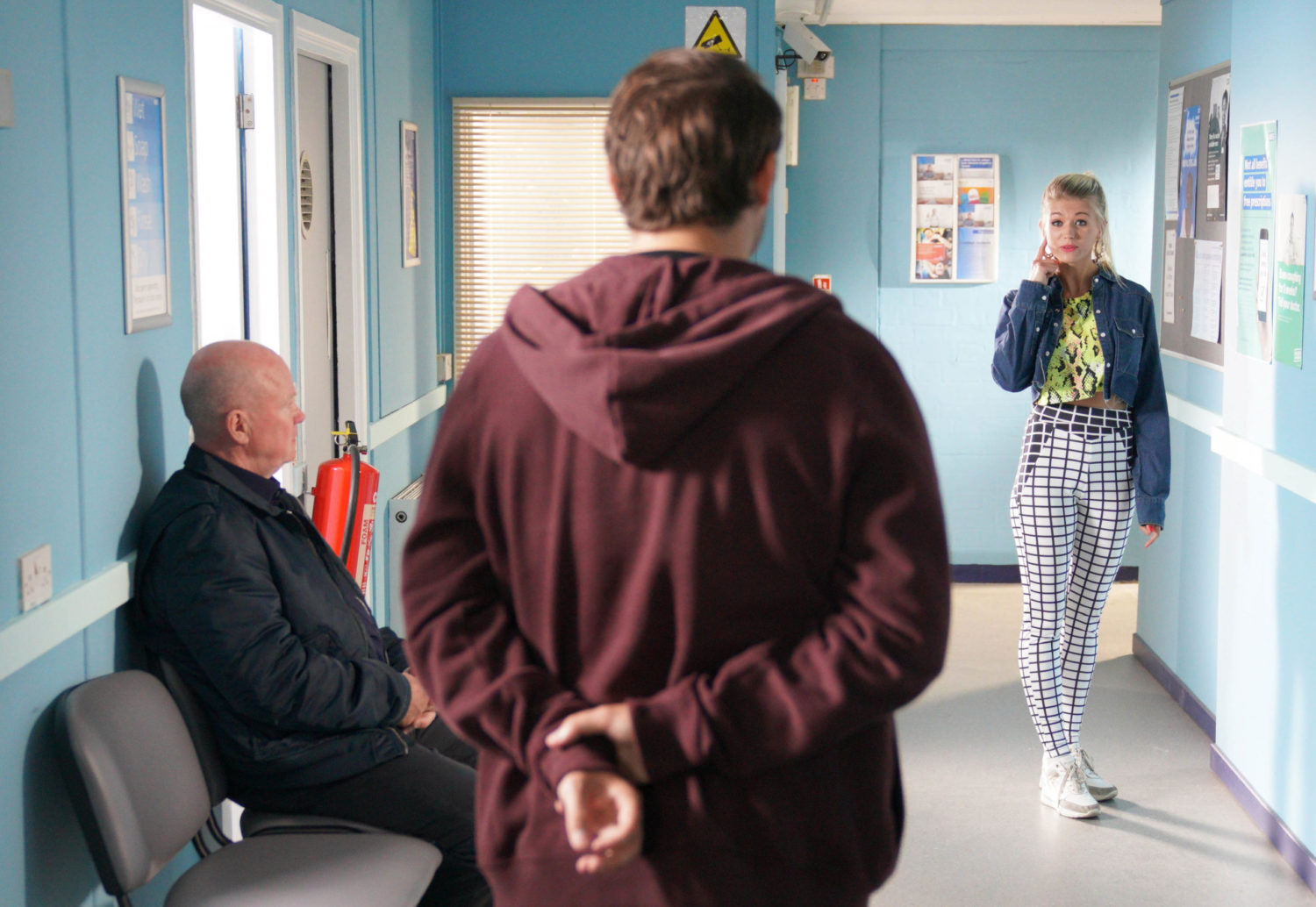 It’s the day of Ben’s cochlear implant switch on, but Callum’s nowhere to be found.

Little does Ben know, Callum has made a shocking discovery at work.

After trawling through CCTV footage of a warehouse, Callum sees a familiar figure in the shadows. 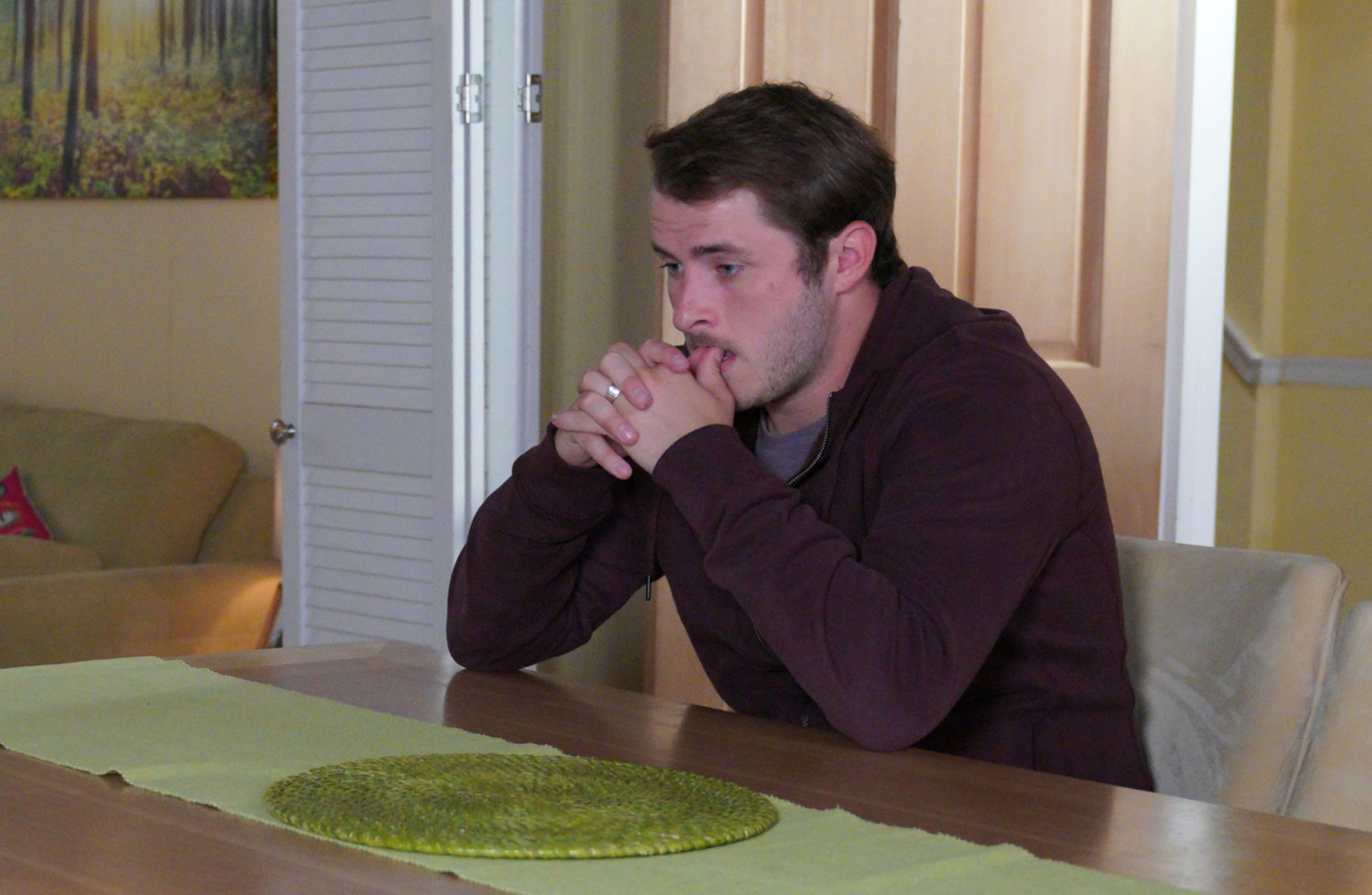 Will Ben admit his involvement in the warehouse job when Callum confronts him?

Read more: EastEnders boss reveals character will return at Christmas as fans speculate who it could be 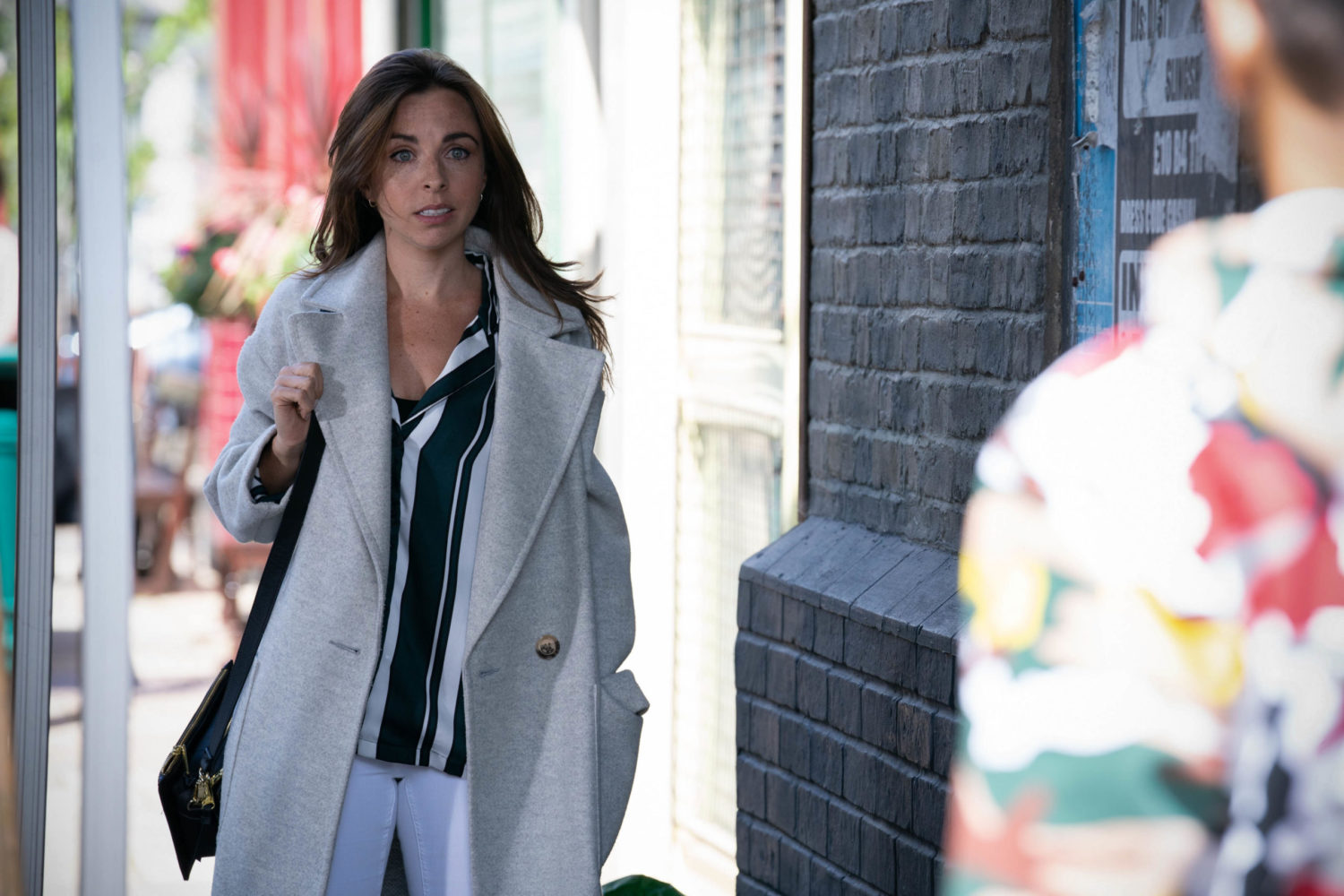 Ruby and Martin are official, having got together during lockdown. But Ruby’s happiness is short-lived when she realises someone has stolen her identity.

With her cash running out, Ruby agrees when Vinny suggests they stage a break-in at the club and claim the insurance.

As Vinny gets ready for the fake robbery, Ruby has a change of heart. But it’s too late. 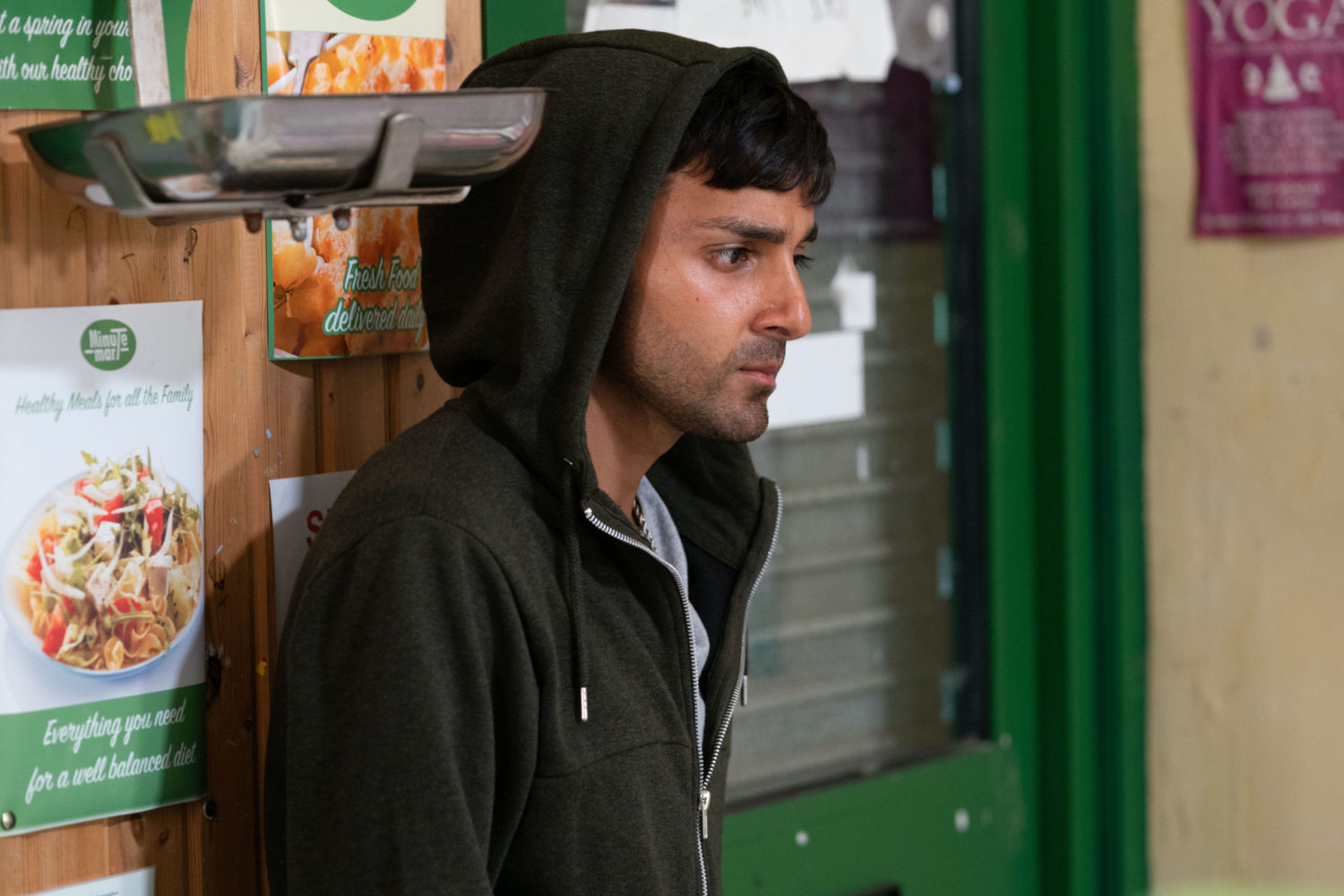 Things don’t go to plan when oblivious Martin spots the burglary and chases Vinny to the Minute Mart.

Soon things are spiralling out of control, with devastating consequences.