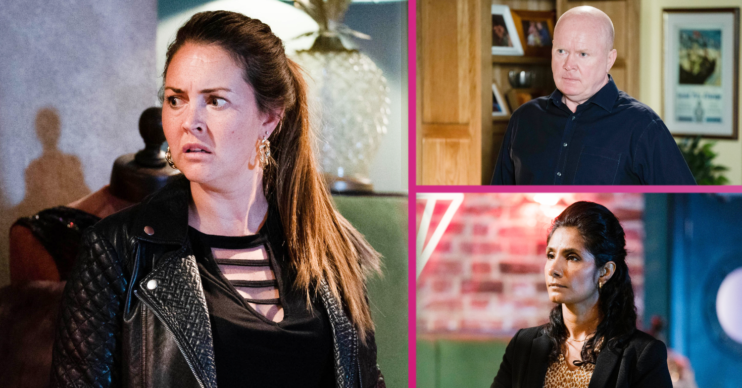 The fight for Raymond begins...

EastEnders spoilers for next week sees the fight for Raymond turn ugly between Ellie and Phil, while Stacey is attacked by a hooded figure.

Elsewhere, Sharon is haunted by her past, and Ian’s true colours are revealed.

1. War between Phil and Ellie 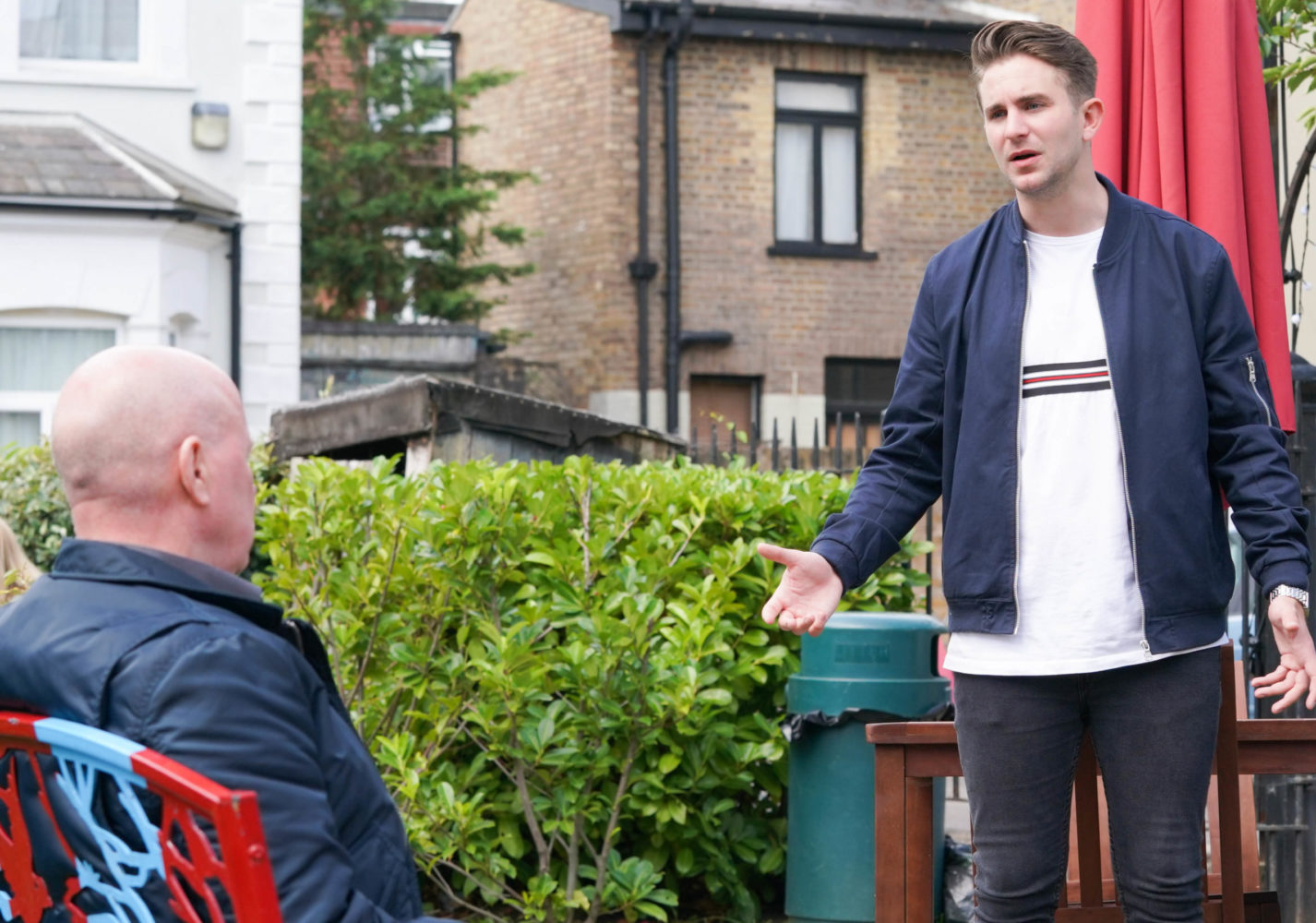 Ben tells Callum that Phil’s been awake all night trying to get hold of Ellie.

The pair wonder if Ellie’s been using a fake name and that’s why they can’t find her.

Callum agrees to do some digging, but what will he uncover? 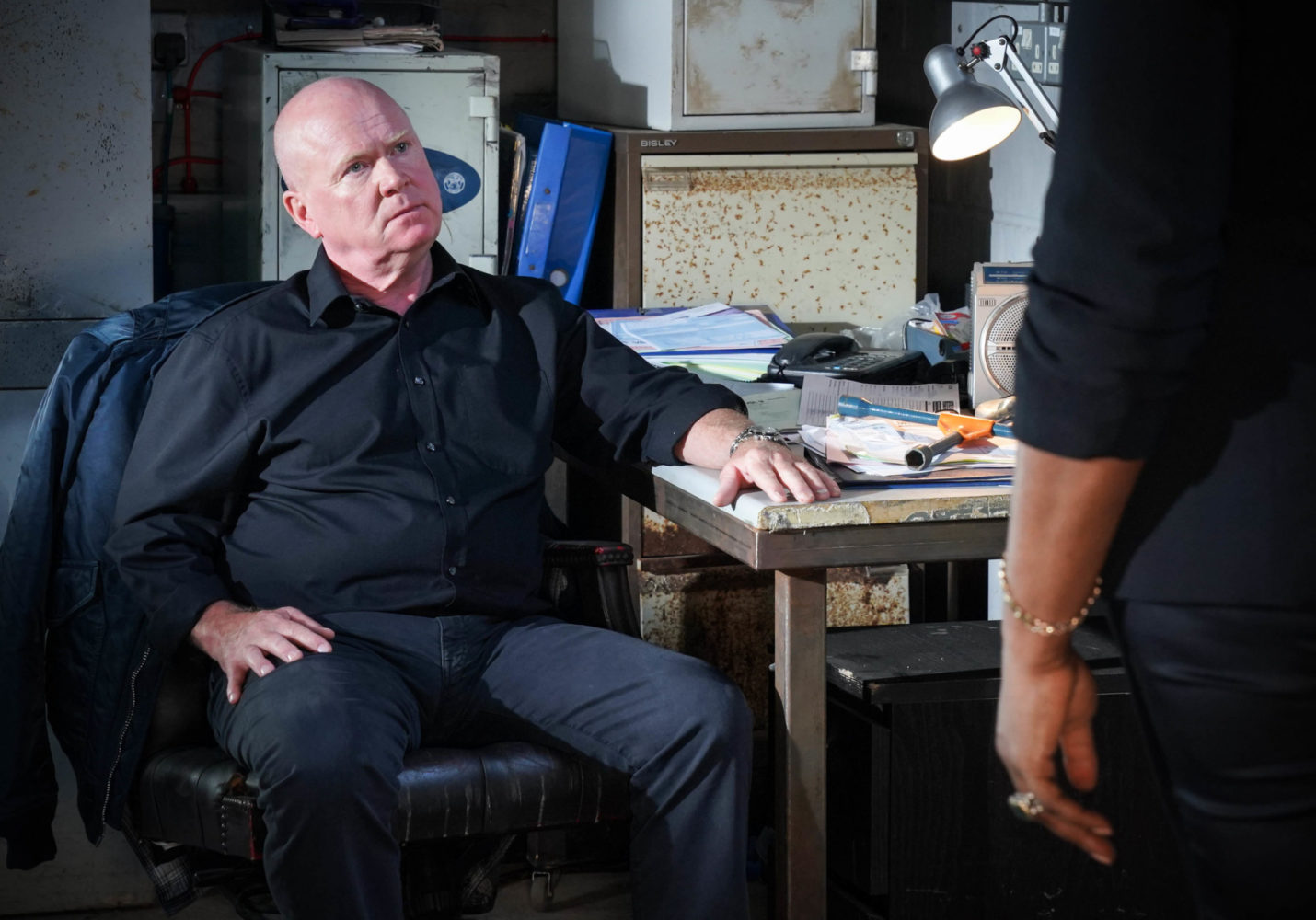 Later, Phil meets Ellie at The Arches and Phil confronts her about her lies.

Ellie and Phil clash, and a war erupts between the pair. 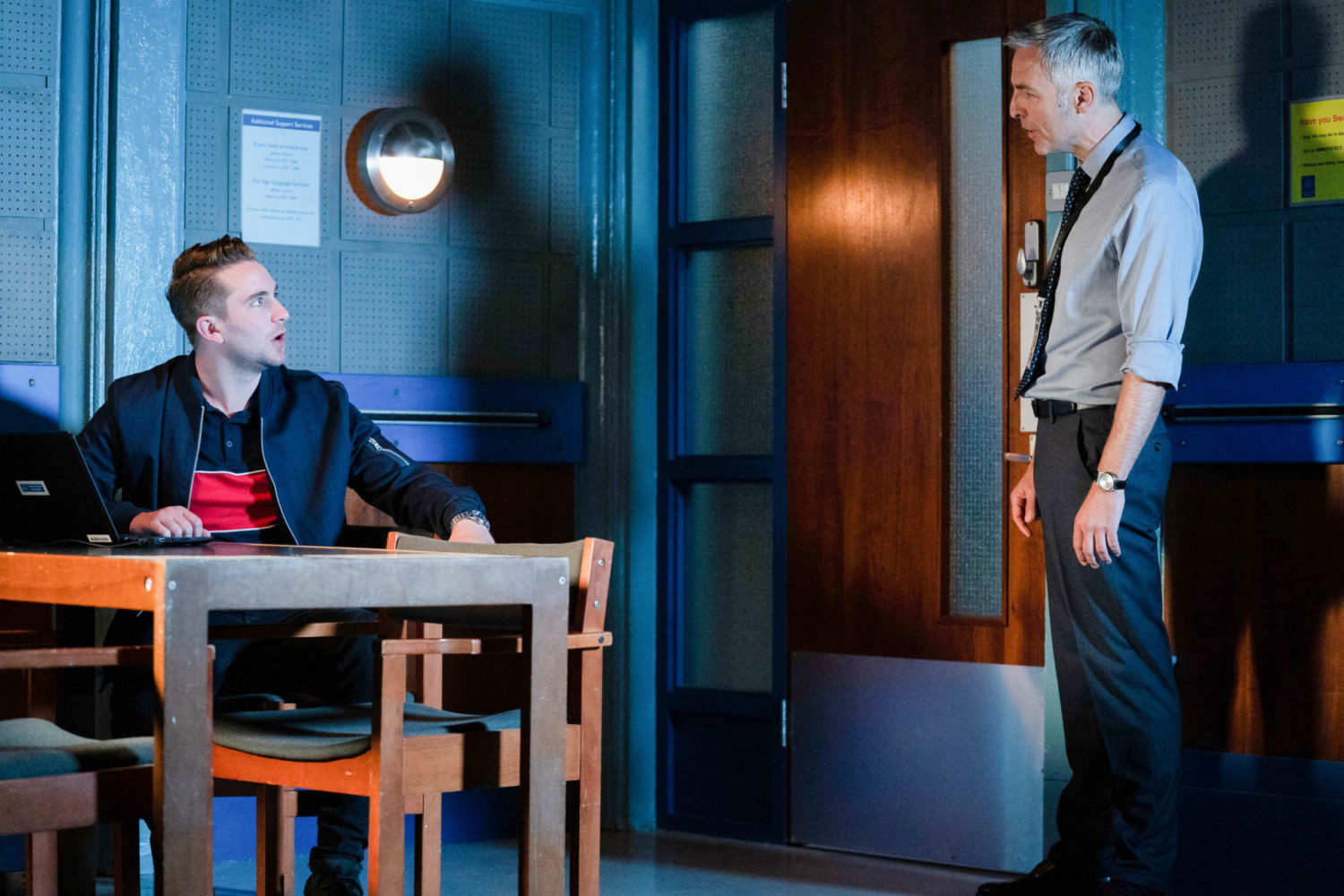 Phil is determined to find proof that Ellie is unfit to parent Raymond.

Later at the station DI Thompson catches Callum digging up dirt on Ellie for Phil, how will he react?

2. Sharon haunted by her past 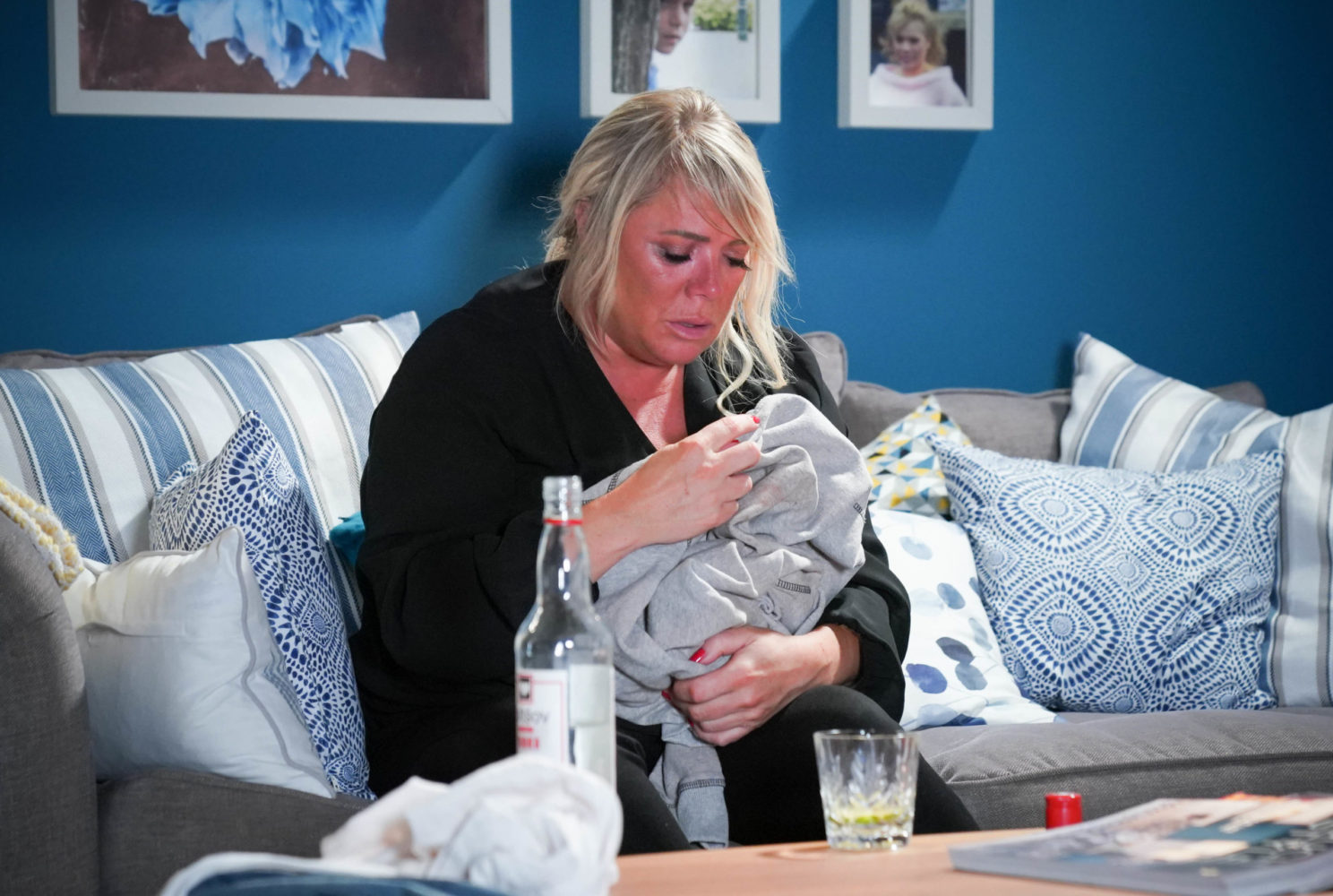 Sharon’s heartbroken when Denny’s belongings from the boat crash are returned.

When she disappears from behind the bar, Ian goes to check she is okay.

Sharon tells Ian that they have been through so much together and she wants to be friends and the pair finally make up. 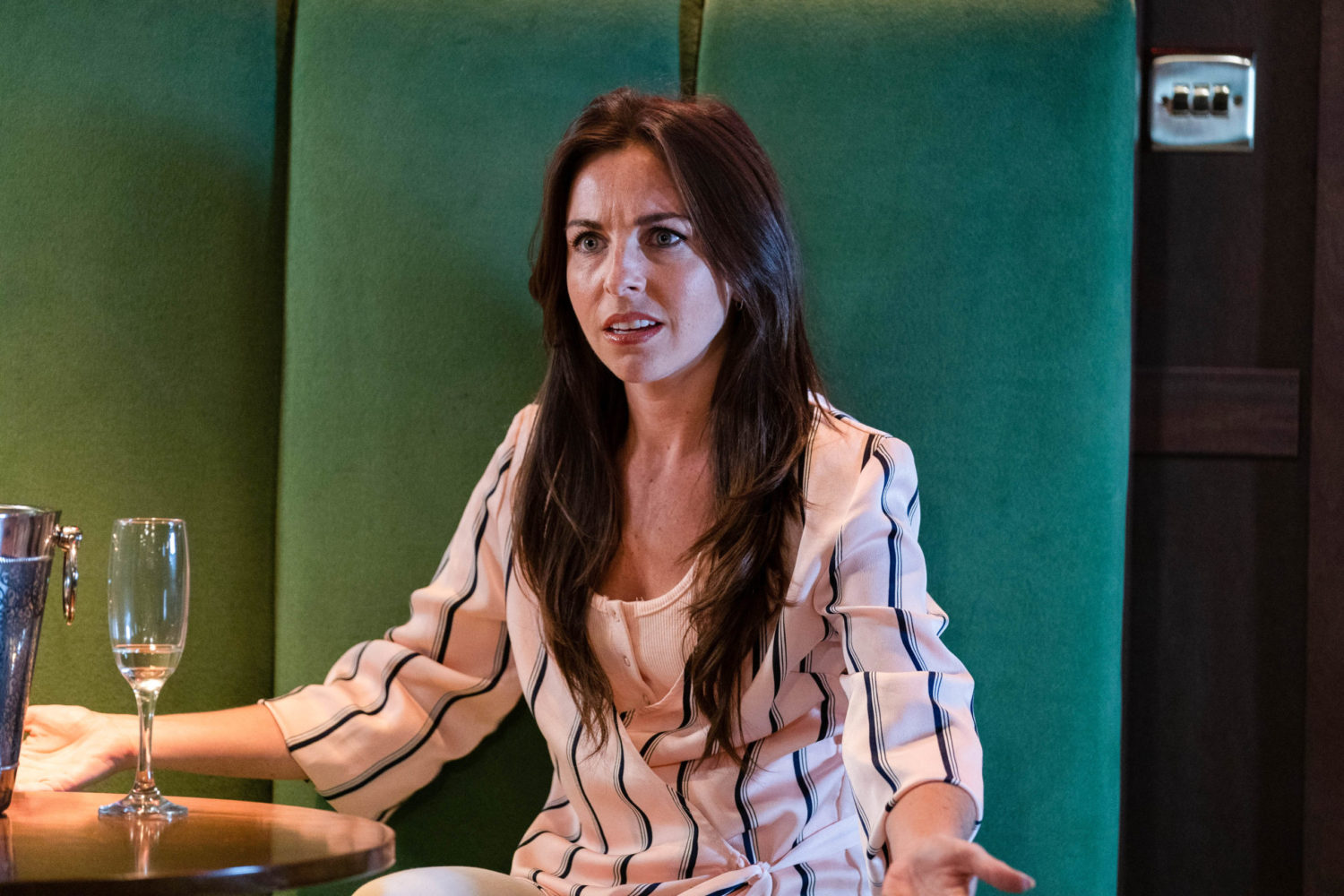 Stacey and Ruby start to build bridges as they reminisce over old times at the club. 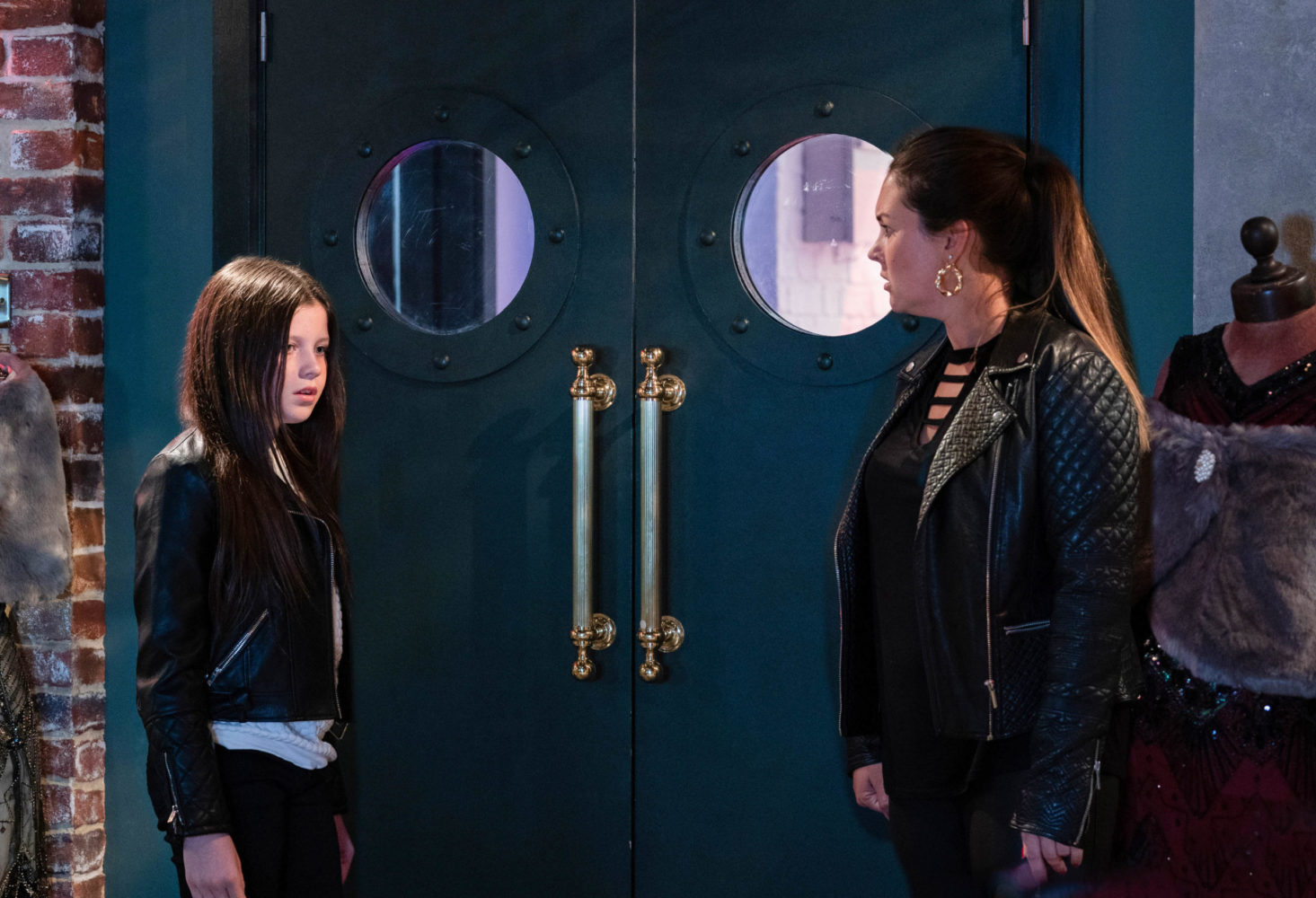 But Lily puts her foot in it when she tells Ruby all the nasty things Stacey’s said about her at home.

Later a shocked Stacey tells Kush they’ve had something shocking put through the letterbox.

Kush assumes this is a warning for him over his gambling debts. 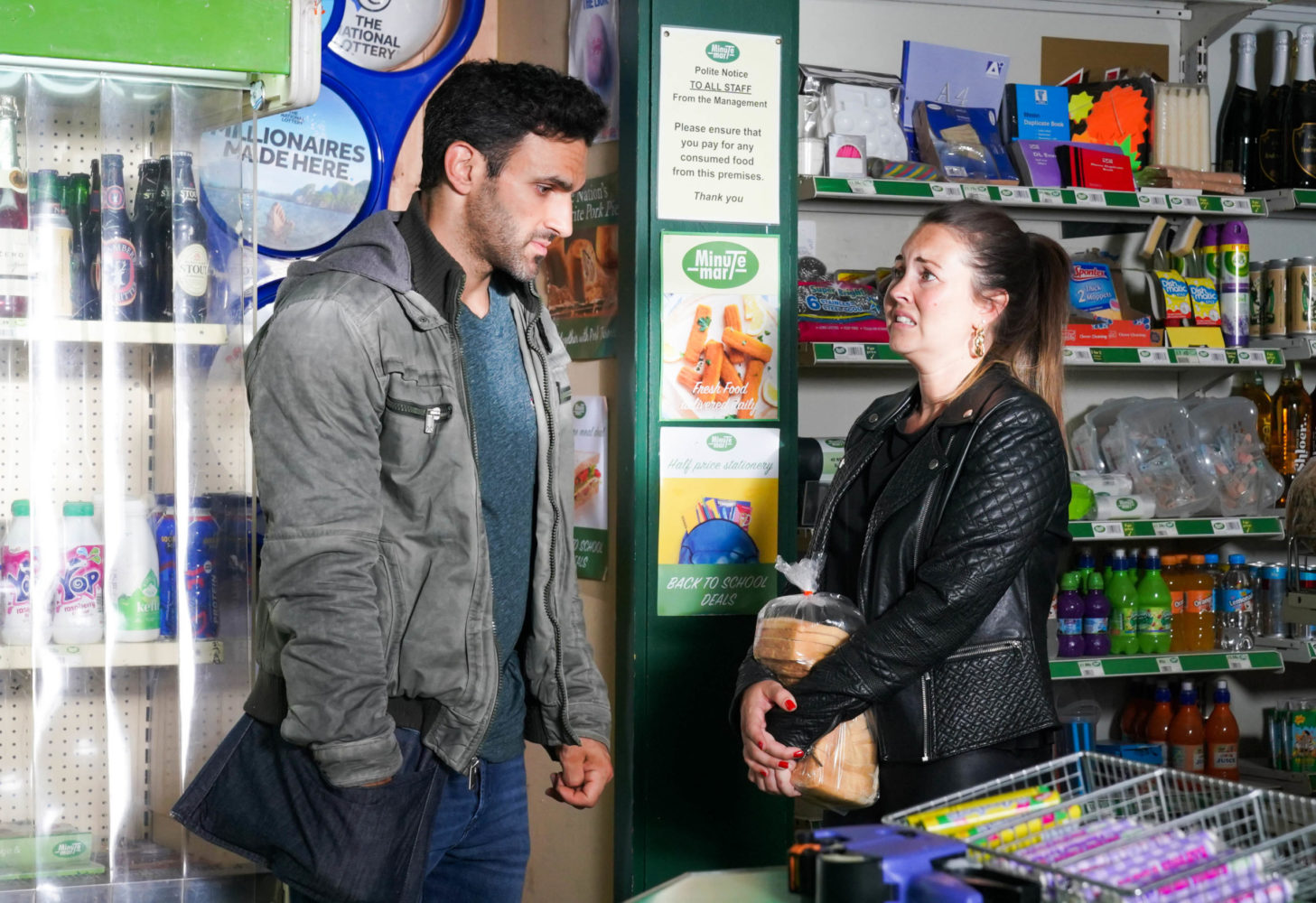 Stacey is worried the letterbox warning has come from Ruby.

Later a hooded figure attacks Stacey as she’s on her way to the club to give Ruby a piece of her mind.

But who was the mystery man who left Stacey lying lifeless on the floor? And will Stacey be okay? 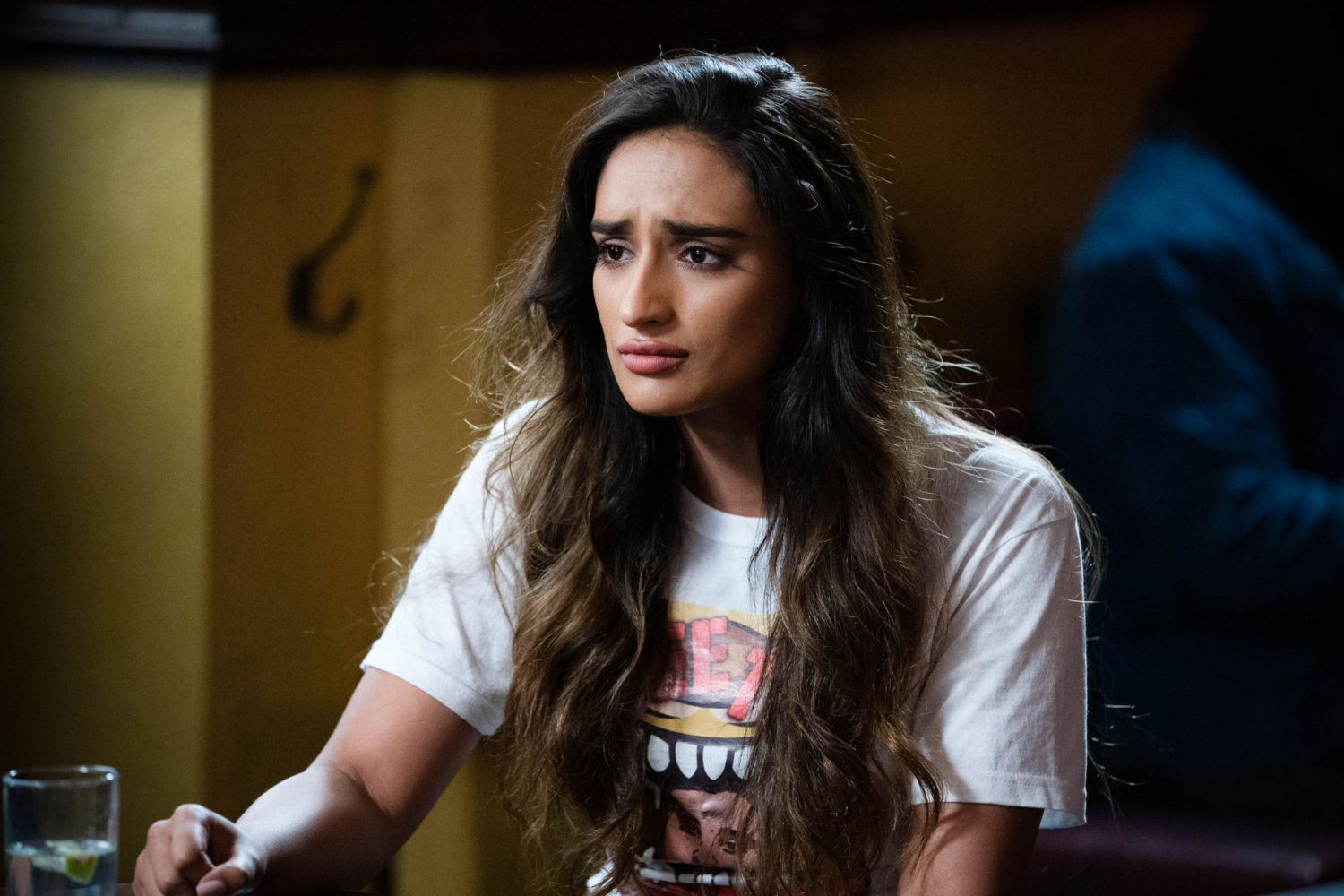 Habiba goes to court to support Jags, but she’s shocked when Ash refuses to go with her.

Little does Habiba realise, Ash is feeling guilty about what her family have done.

Later the outcome for Jags is revealed leaving Habiba heartbroken.

Having had enough of the Panesar family, Habiba orders Ash out of the house. 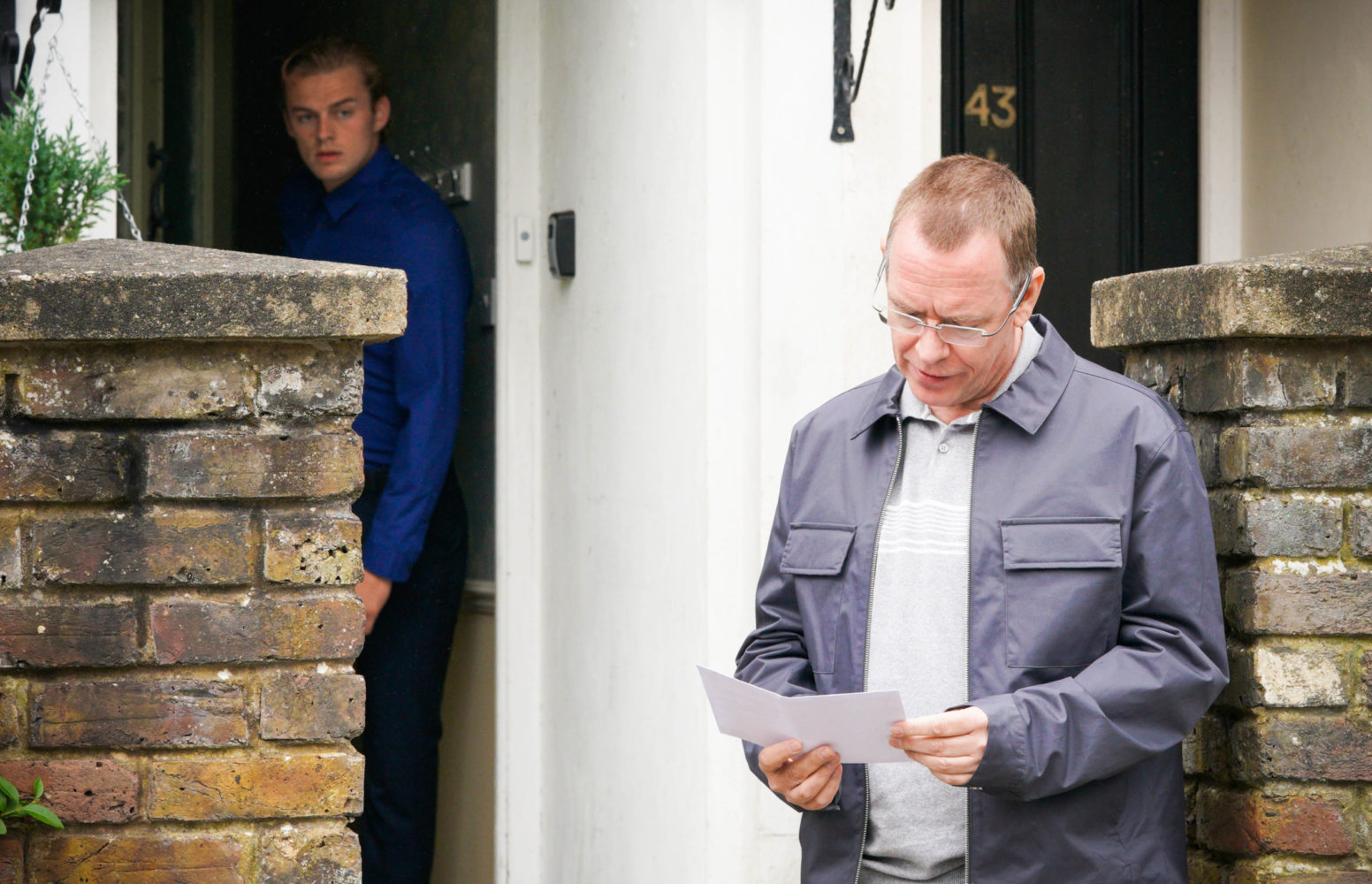 Ian gets a letter about remortgaging the cafe and reassures Max he’ll soon have his money.

Peter assumes Ian has sorted his money worries, but it’s only when Peter later reads the letter that he realises what his dad has done. 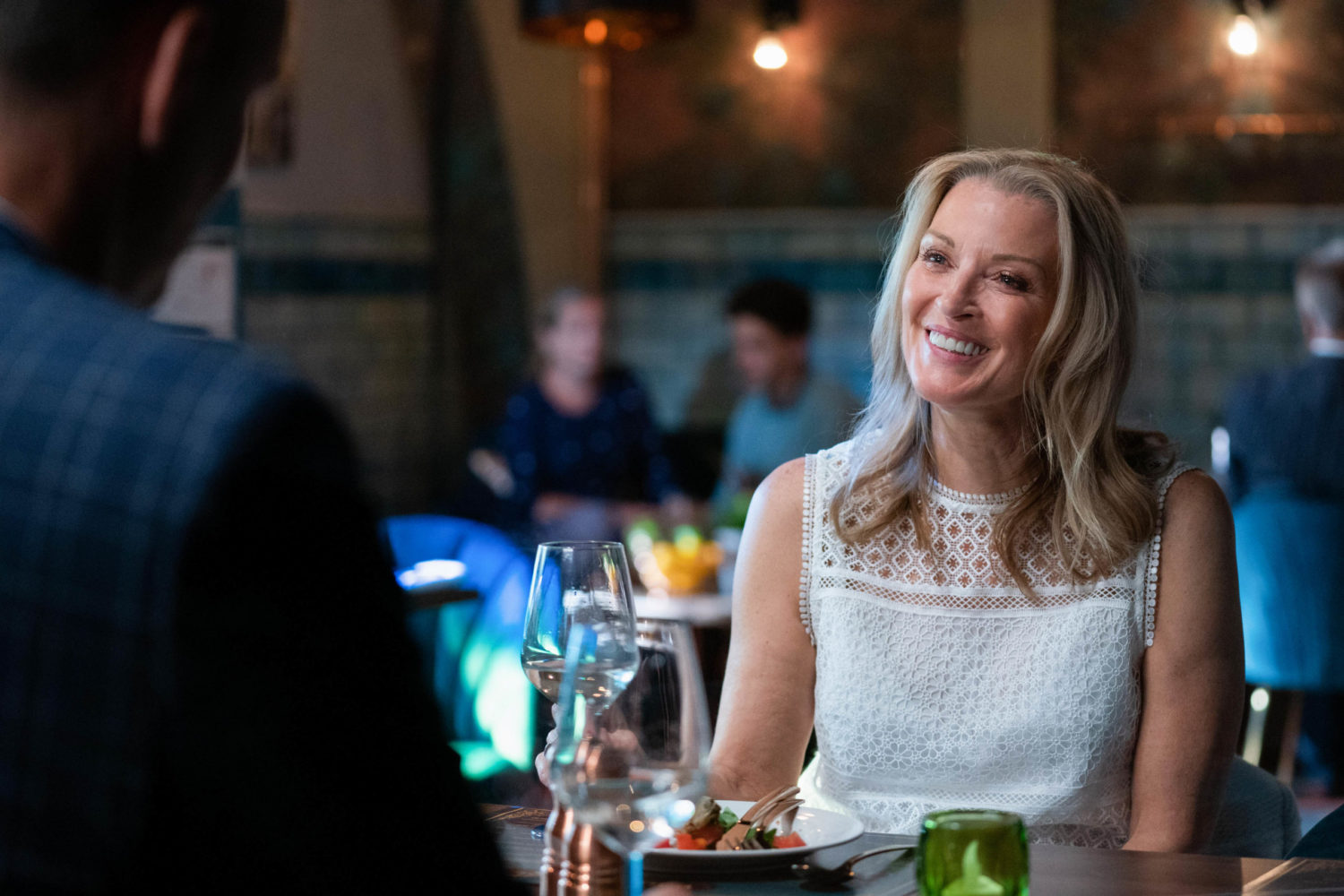 Kathy is delighted when she gets a match on her dating app.

Her date goes brilliantly until she trips and hurts her ankle, forcing her to go to hospital.

Bobby doesn’t react well to the news and Peter is alarmed to find him scrubbing and counting to five.