Gray choses a new target as he manipulates Mitch

EastEnders spoilers for next week reveal Gray catching Karen and Mitch kissing, while Rainie and Stuart’s wedding day turns into a disaster.

Elsewhere, Linda’s demons return, while Jack suspects Denise is having an affair.

1. Shock kiss for Mitch and Karen 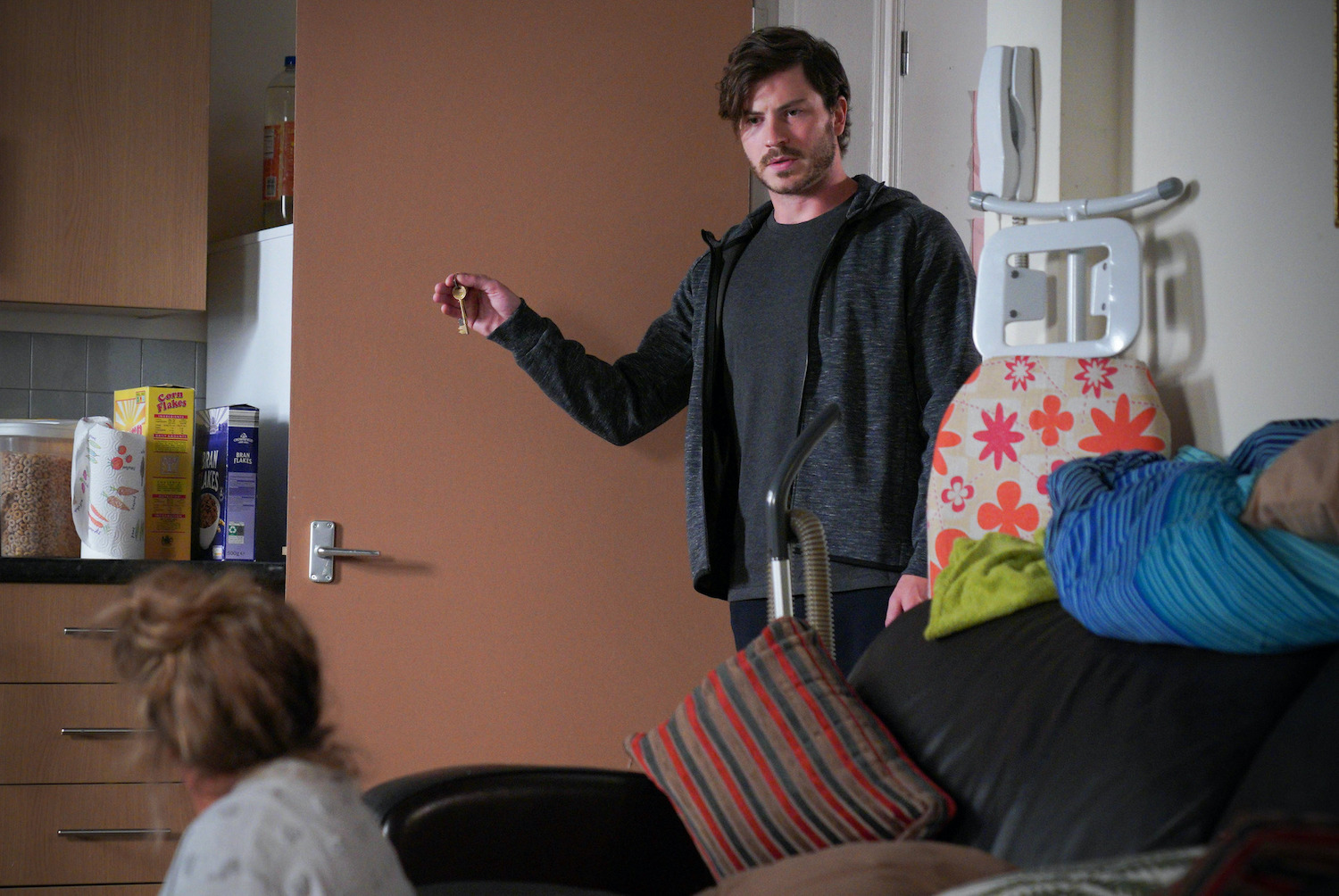 An emotional Mitch and Karen look through family photos for Chantelle’s funeral.

As emotions run high, the pair lean in for a kiss – just as Gray walks in and catches them. Mitch is later devastated when Gray turns the tables on him.

He tells Mitch that he was a terrible father to Chantelle, leaving Mitch devastated.

Little does Mitch know, Gray is just trying to cover his own guilt.

Read more: EastEnders bosses hinted at death of Chantelle by dishwasher back in January

2. Wedding drama for Stuart and Rainie 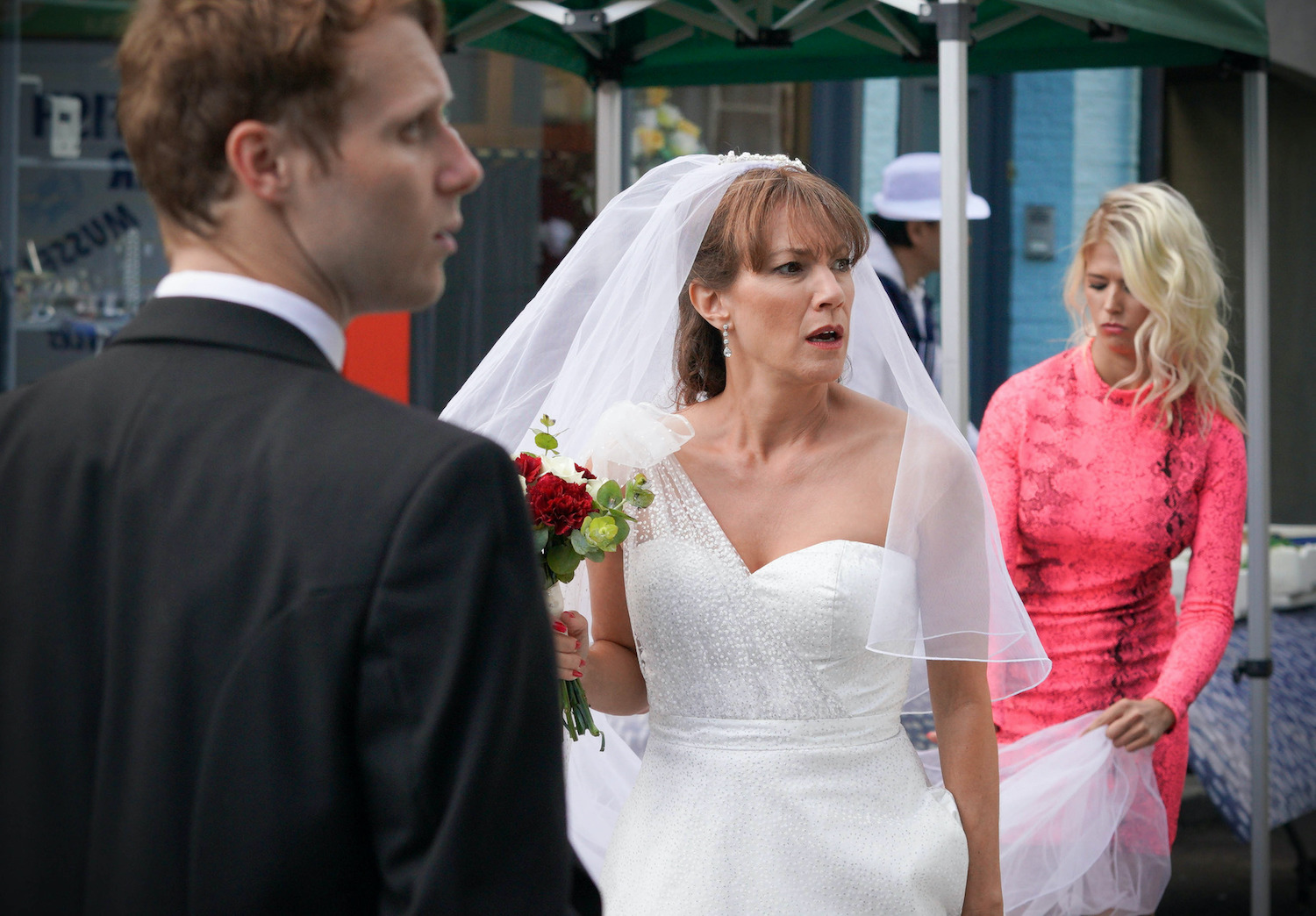 Stuart is over the moon about marrying Rainie now her divorce has come through.

As the wedding day arrives, Rainie is in a flap when there is a mix up with her dress.

Eventually everyone rushes to the ceremony, not wanting to be late. 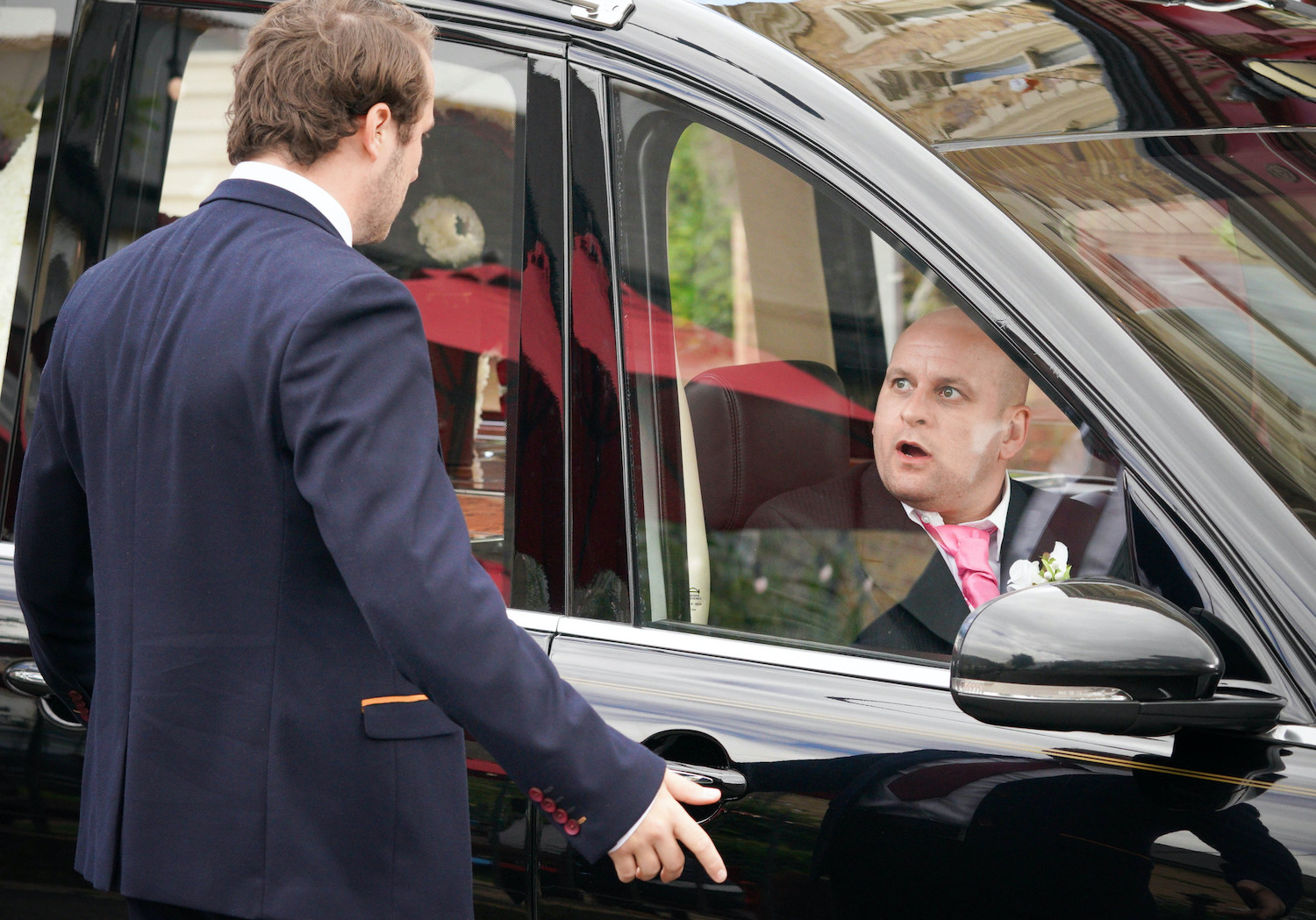 But there is drama when Stuart gets trapped in a hearse after an electrical fault means he can’t get out of the car. 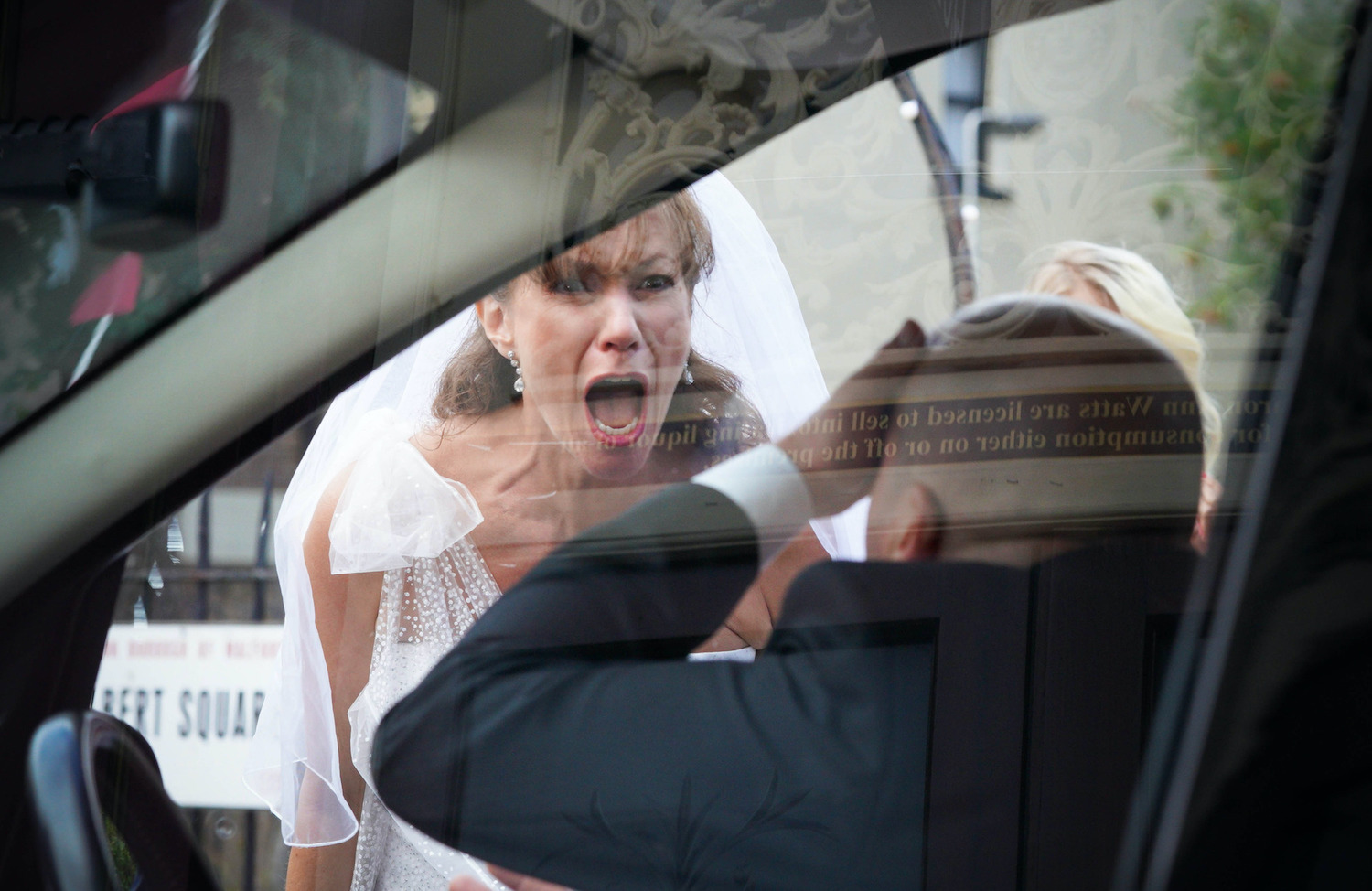 Rainie is fuming that her happy day is ruined… will the pair manage to tie the knot? 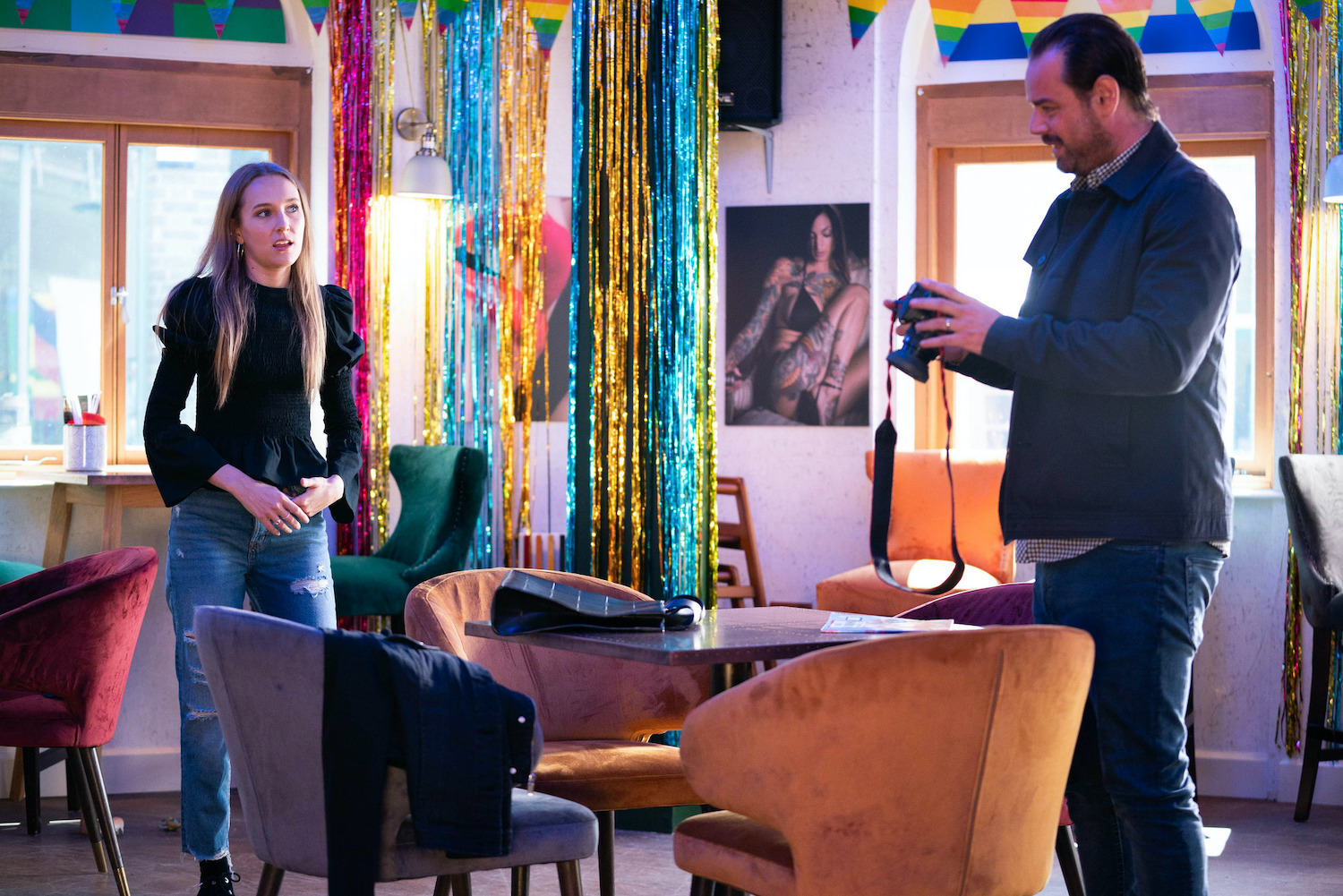 Mick is shocked when he catches Frankie taking pictures of Ollie.

He is surprised to find her camera full of photos of his son and demands some answers.

Mick tells Frankie to delete the pictures before Linda finds out. 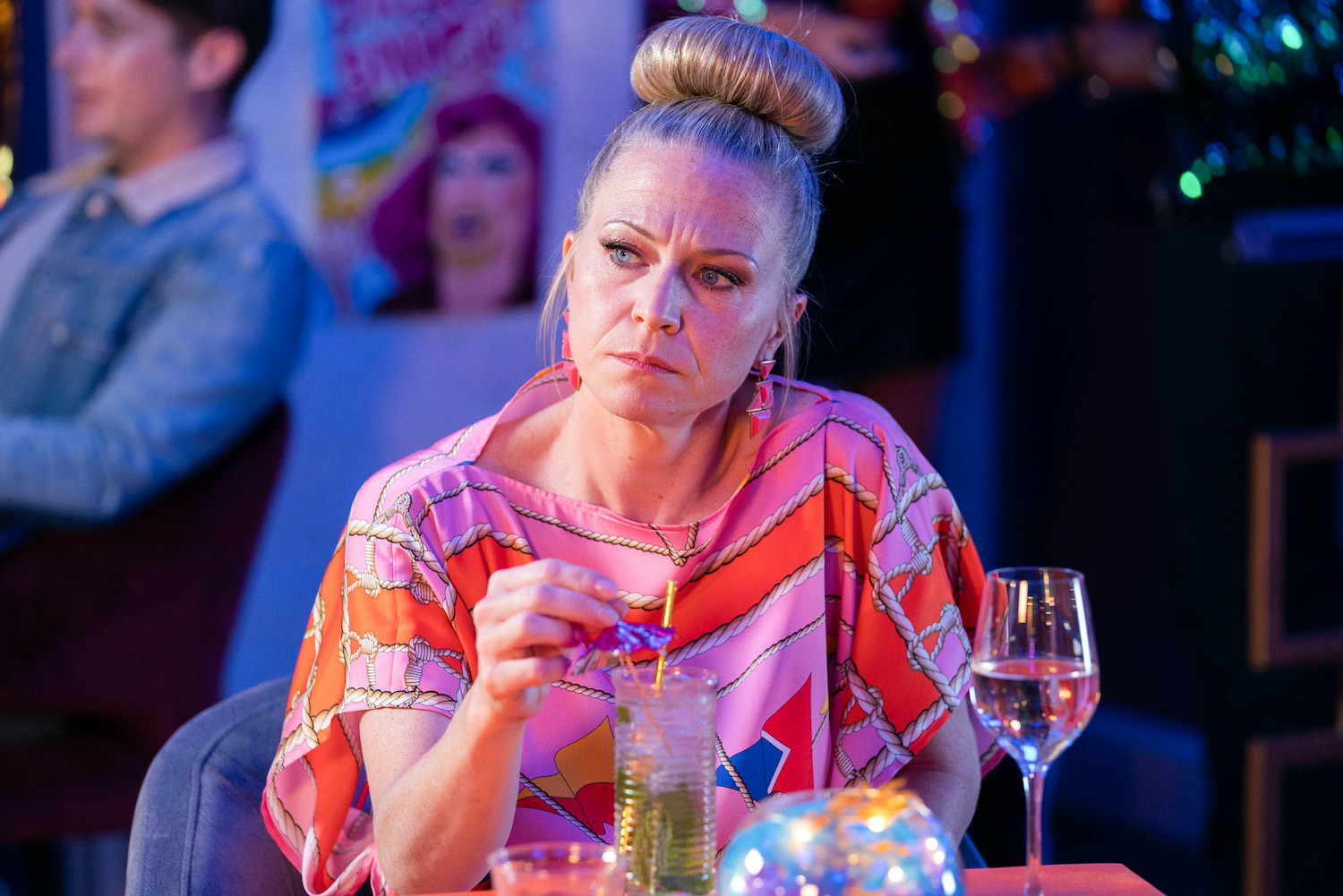 Mick does a shift behind the bar at the Albert, but his suspicions are heightened when Frankie quizzes him about his family.

However, he soon has bigger things to worry about when Linda turns up at the Drag Bingo night.

Mick is worried about Linda being around so much alcohol.

In a moment of weakness she takes a sip of a boozy cocktail. 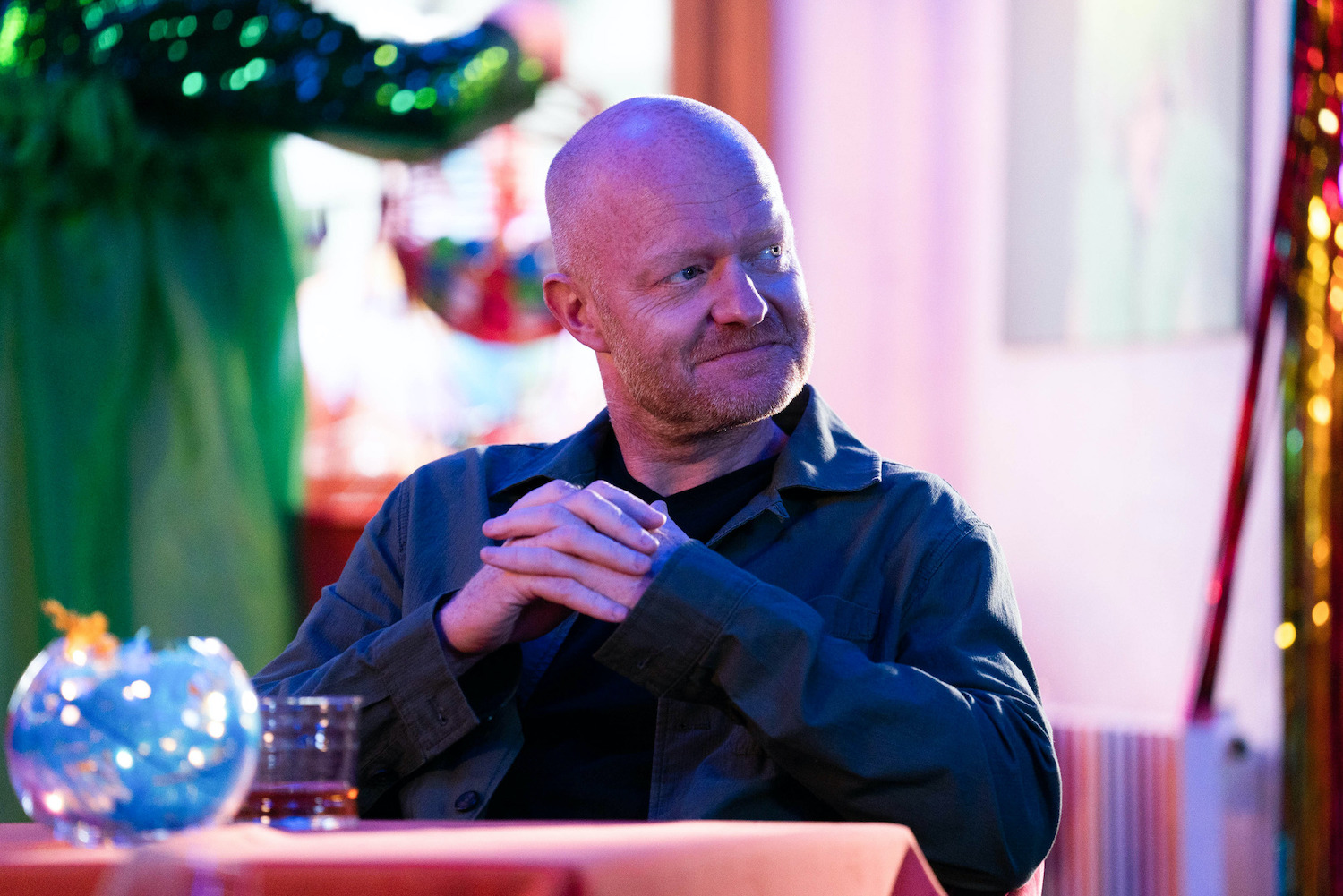 Max catches Linda drinking and the pair have a heart-to-heart, leading to Linda opening up about her struggles with alcohol.

4. Denise has got a secret 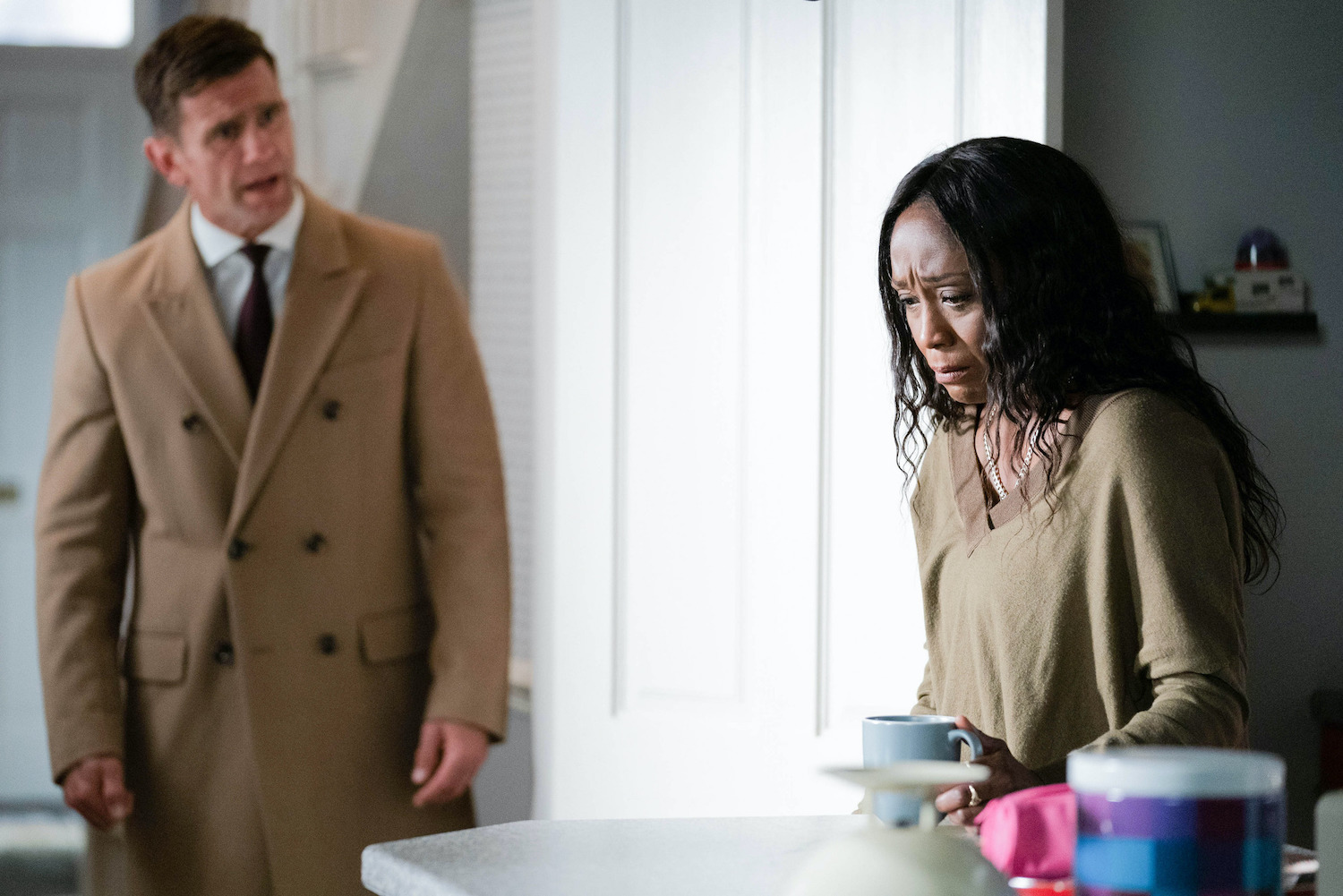 Convinced that she is having an affair, Jack confronts her… but what has she really been hiding from him?

5. War between Ian and Max 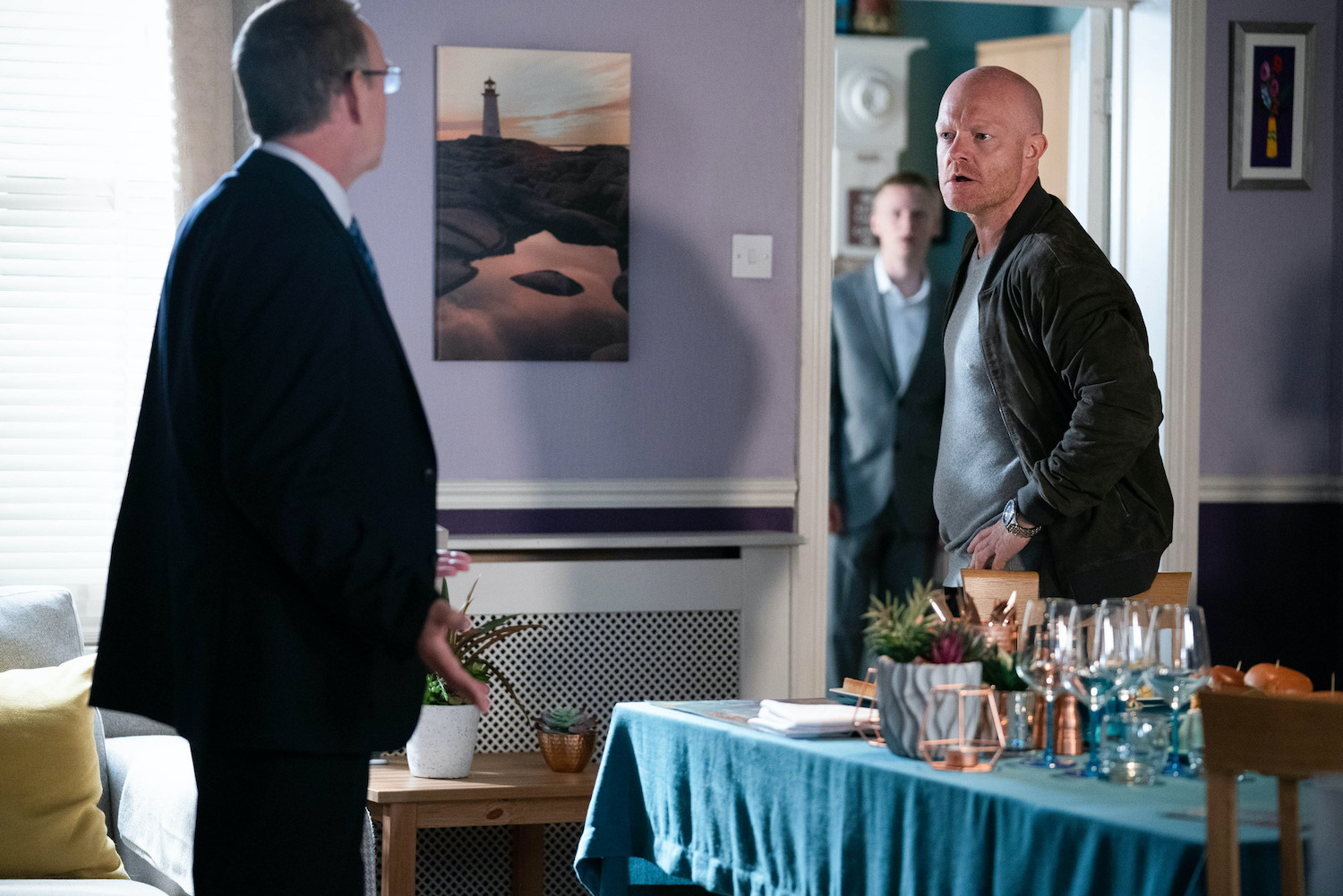 Desperate to win a catering contract, Ian hosts a business meeting at home.

But Ian’s hard work is all in vain when Max storms in and demands his life savings back.

Max demands Ian repays the cash with interest or he will destroy him.