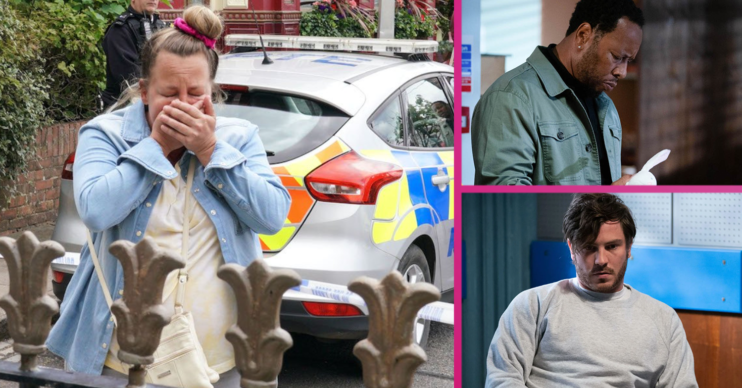 EastEnders spoilers for next week reveal Gray is questioned by the police after Chantelle’s death, while Kheerat has his own theory about how she died.

Elsewhere, Stacey is back in Walford, but what will Martin and Ruby make of her reappearance? 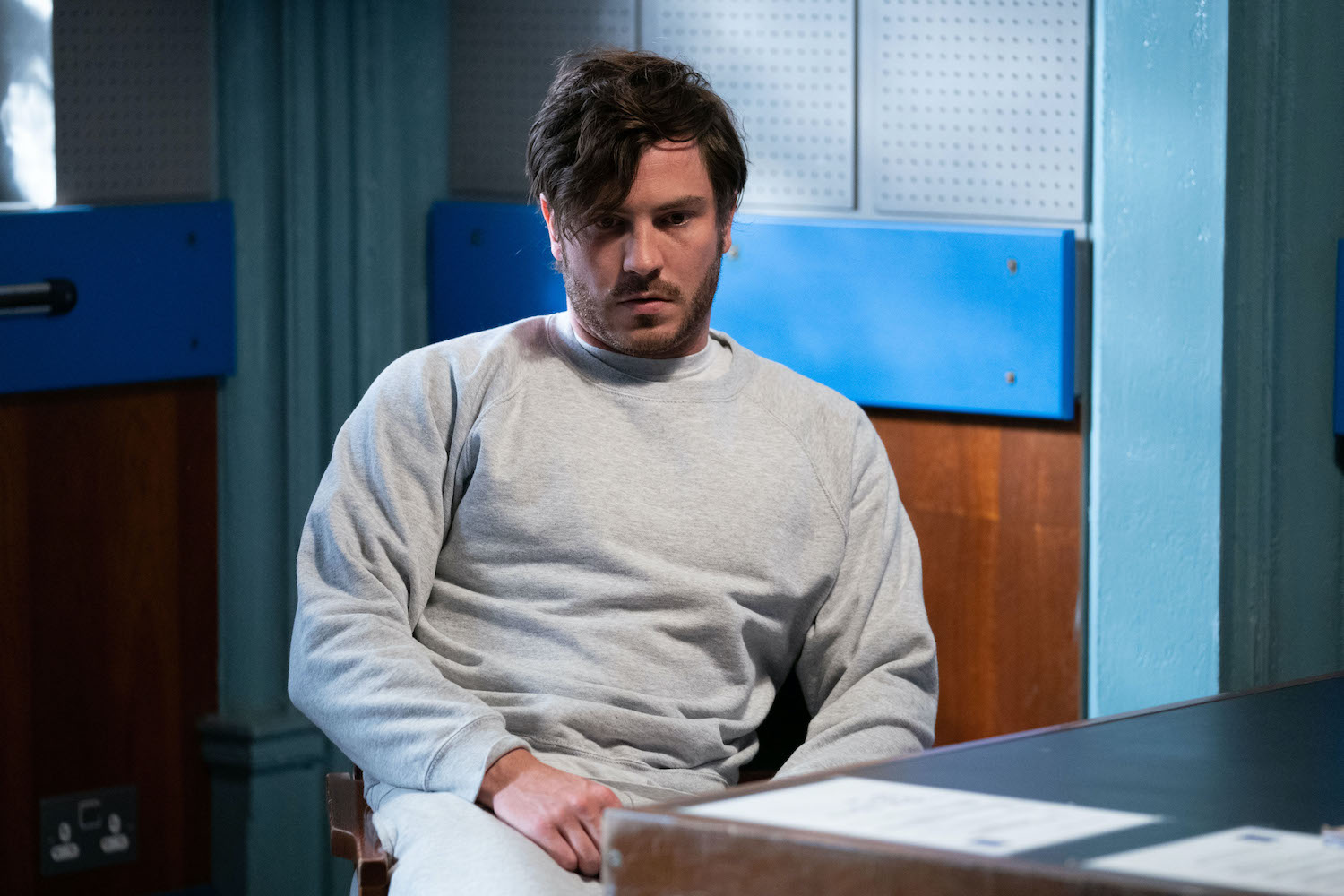 With Chantelle tragically dead, Gray is at the station being questioned by police.

Will he manage to hide what went on behind closed doors of number one Albert Square? 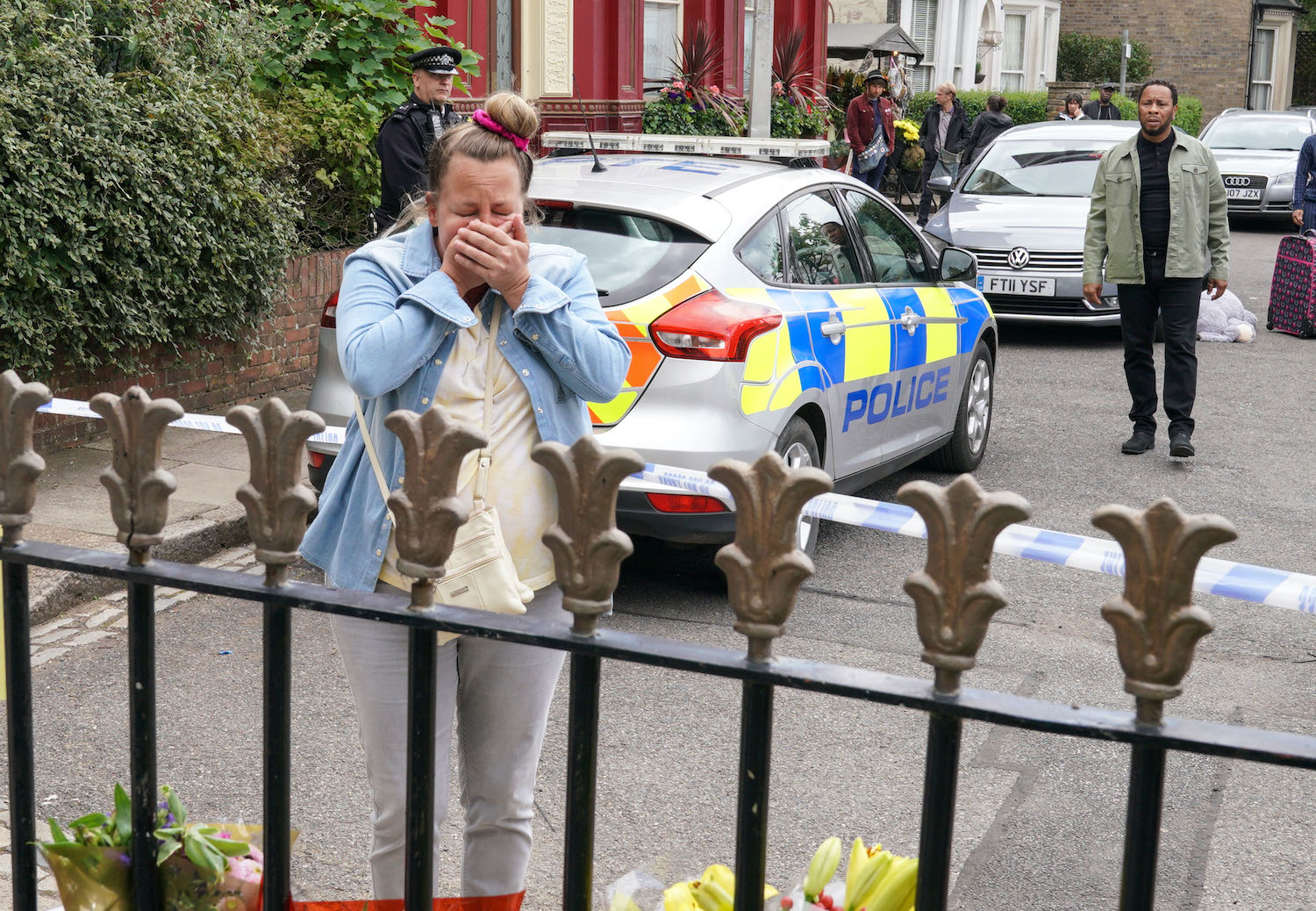 Meanwhile, the Taylors return from their holiday to the tragic news Chantelle has died.

The family are devastated as the reality hits them, and Karen is beside herself with shock. 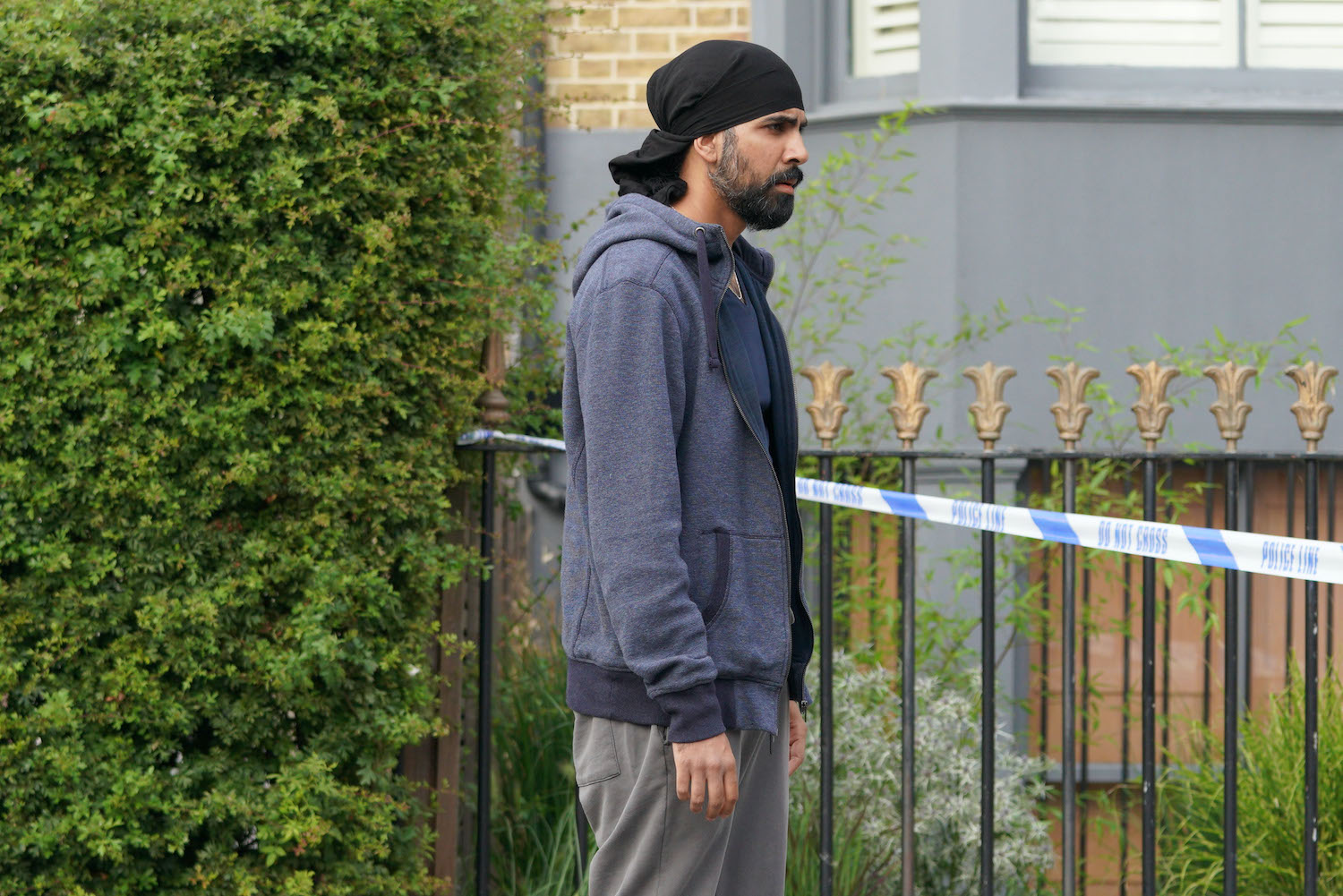 However, it doesn’t take long for Mitch to realise something isn’t right between Kheerat and Gray. 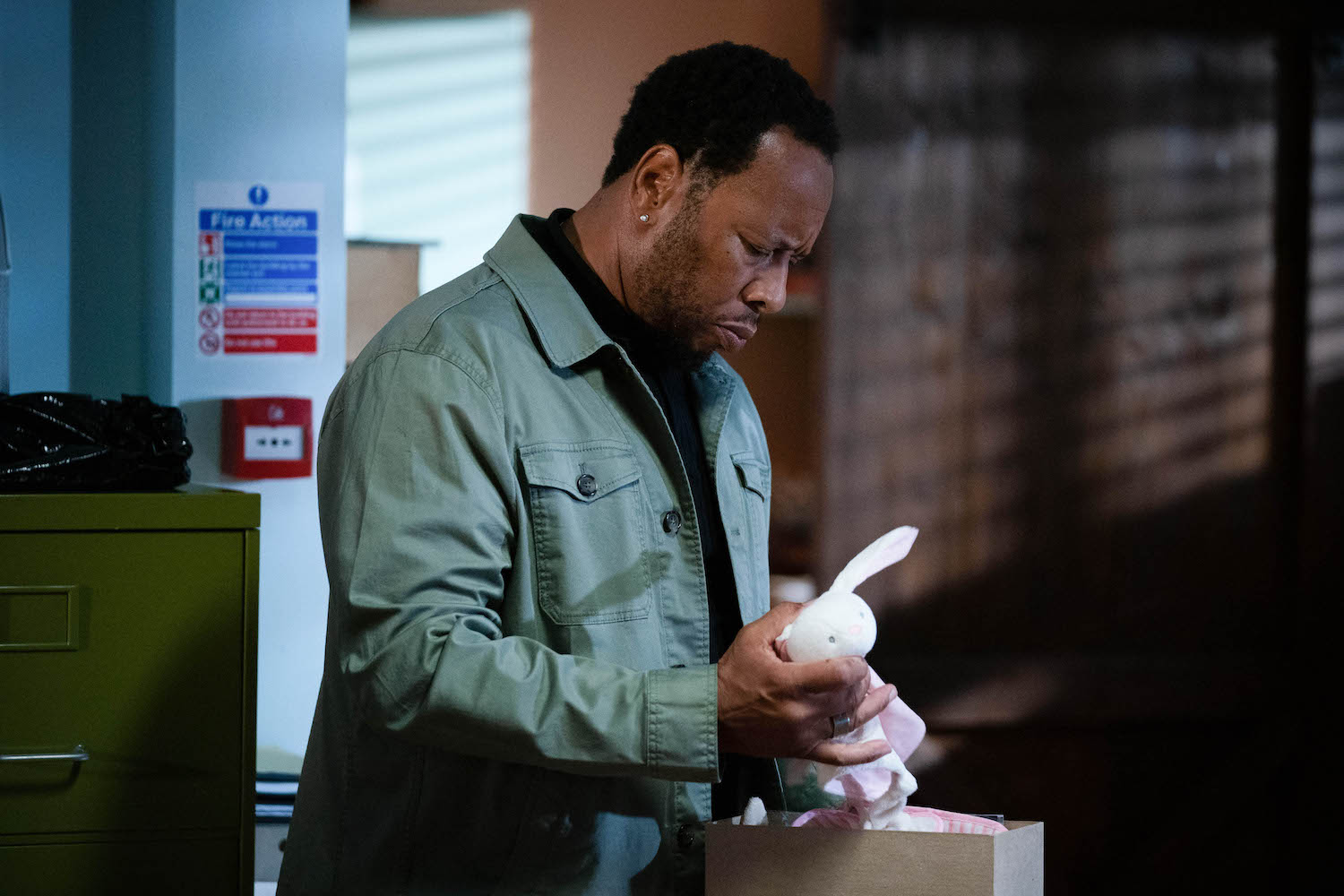 Mitch meets Kheerat and demands to know why he has Chantelle’s memory box. 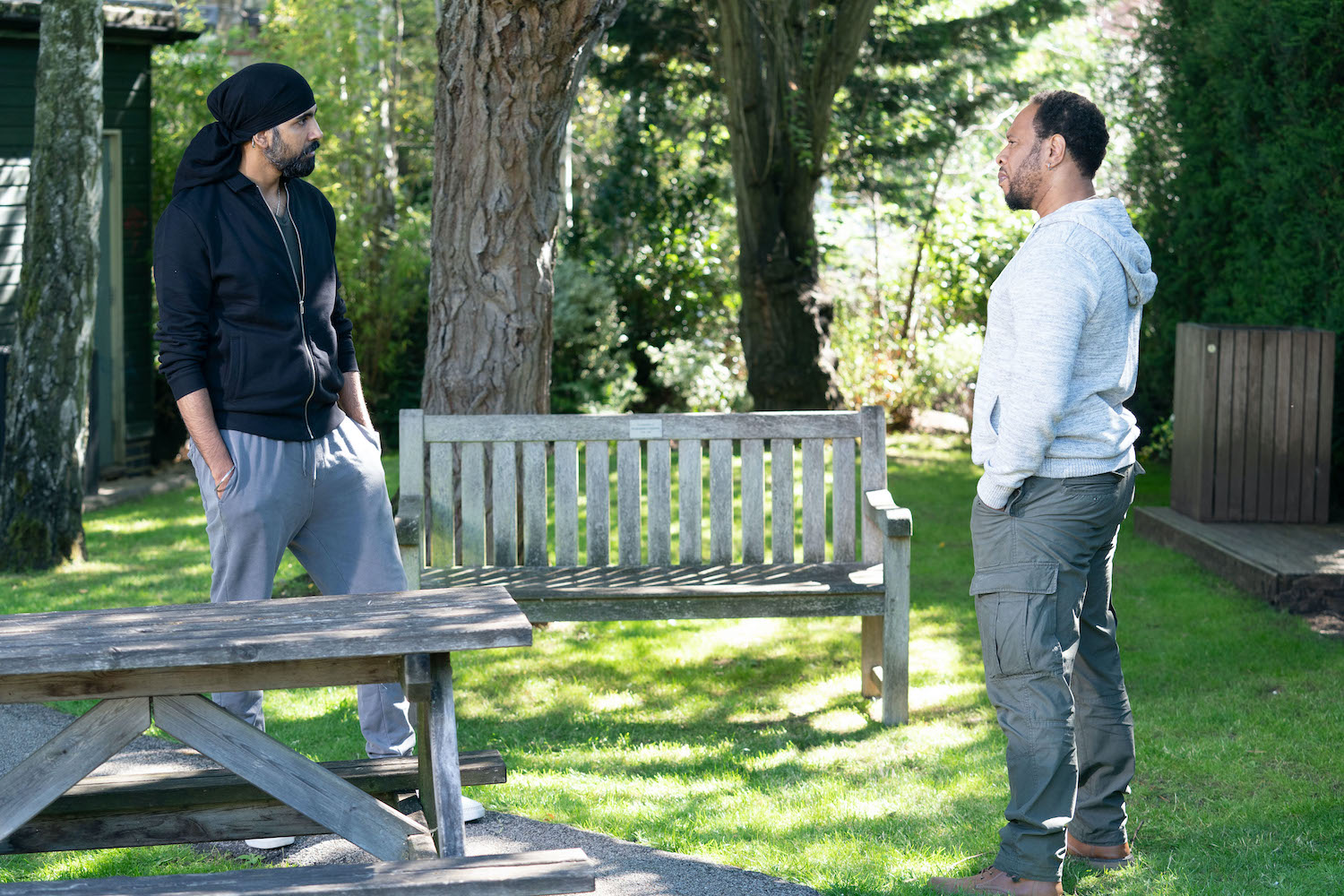 The pair meet again and Mitch is shocked when Kheerat explains that he spoke to Chantelle throughout lockdown.

Kheerat has a theory that Gray and Chantelle had an argument and she got fatally hurt.

Kheerat asks Mitch if he thinks his theory could be right, and Mitch is stunned…

Little do they know, Kheerat isn’t far from the truth. 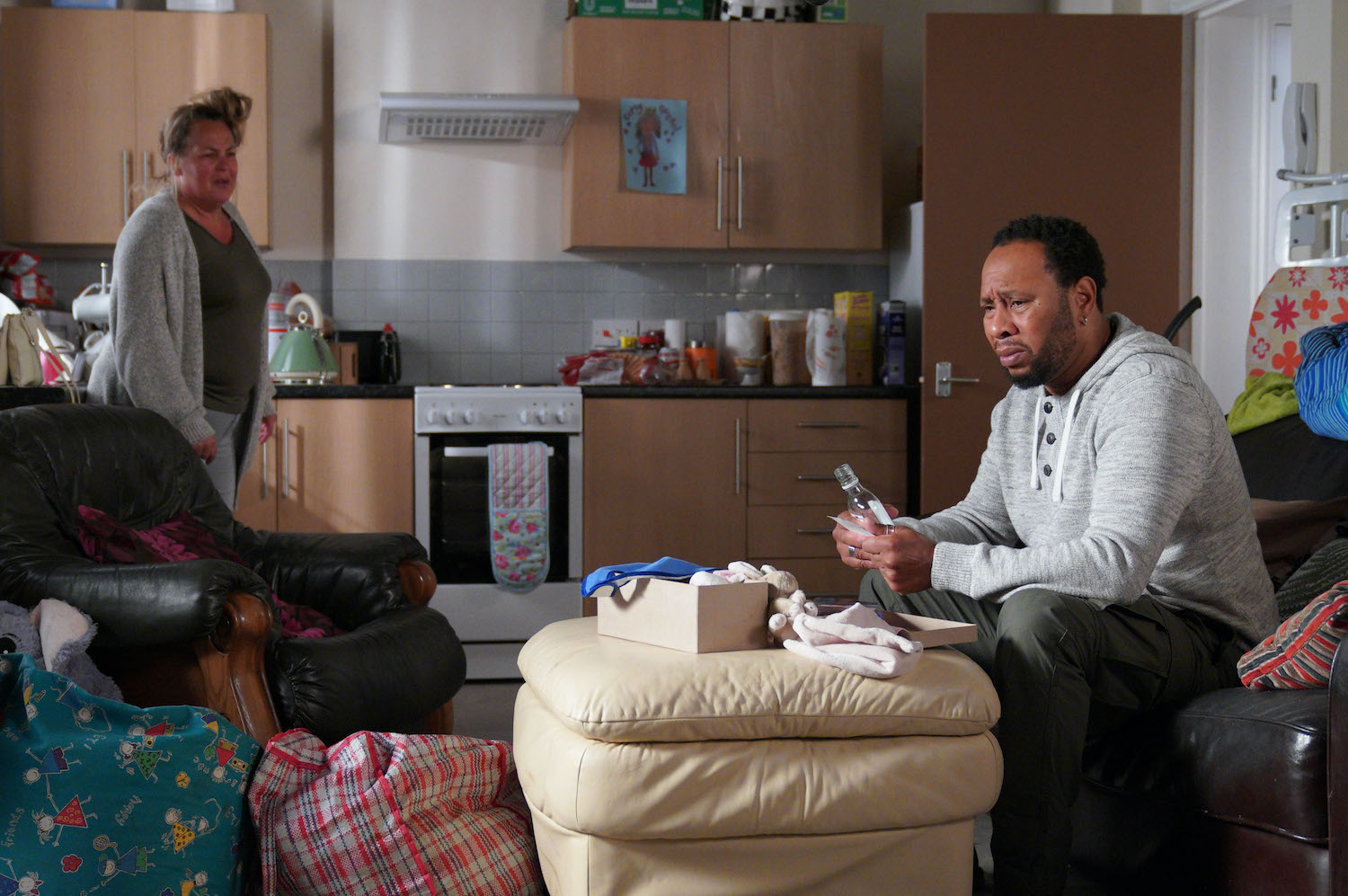 Later Mitch confides in Karen about Kheerat’s theory, but will she believe him? 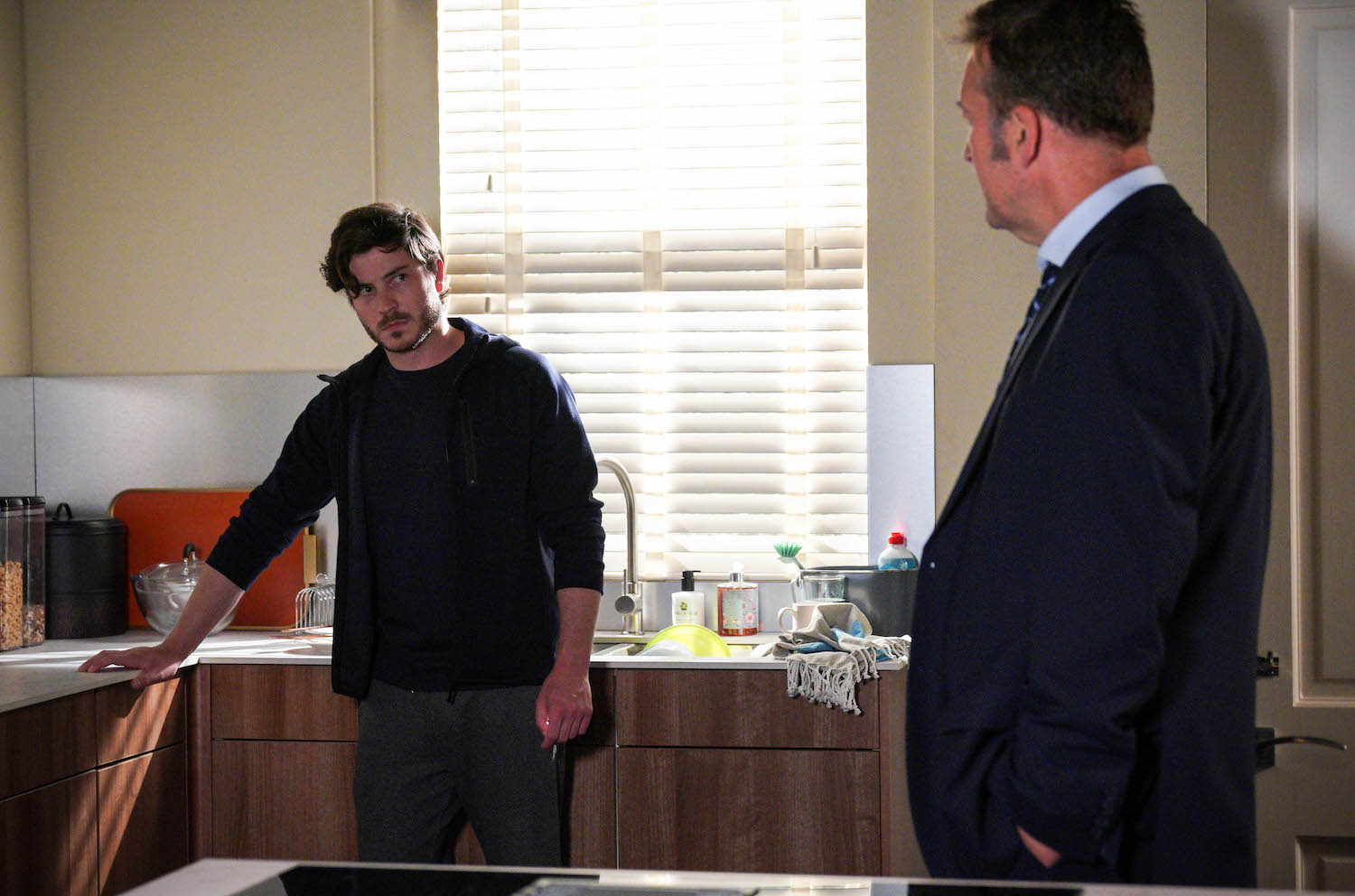 By the end of the week, the police are back to speak to Gray again.

They tell him that some new information about Chantelle’s death has come to light… but what have they discovered? 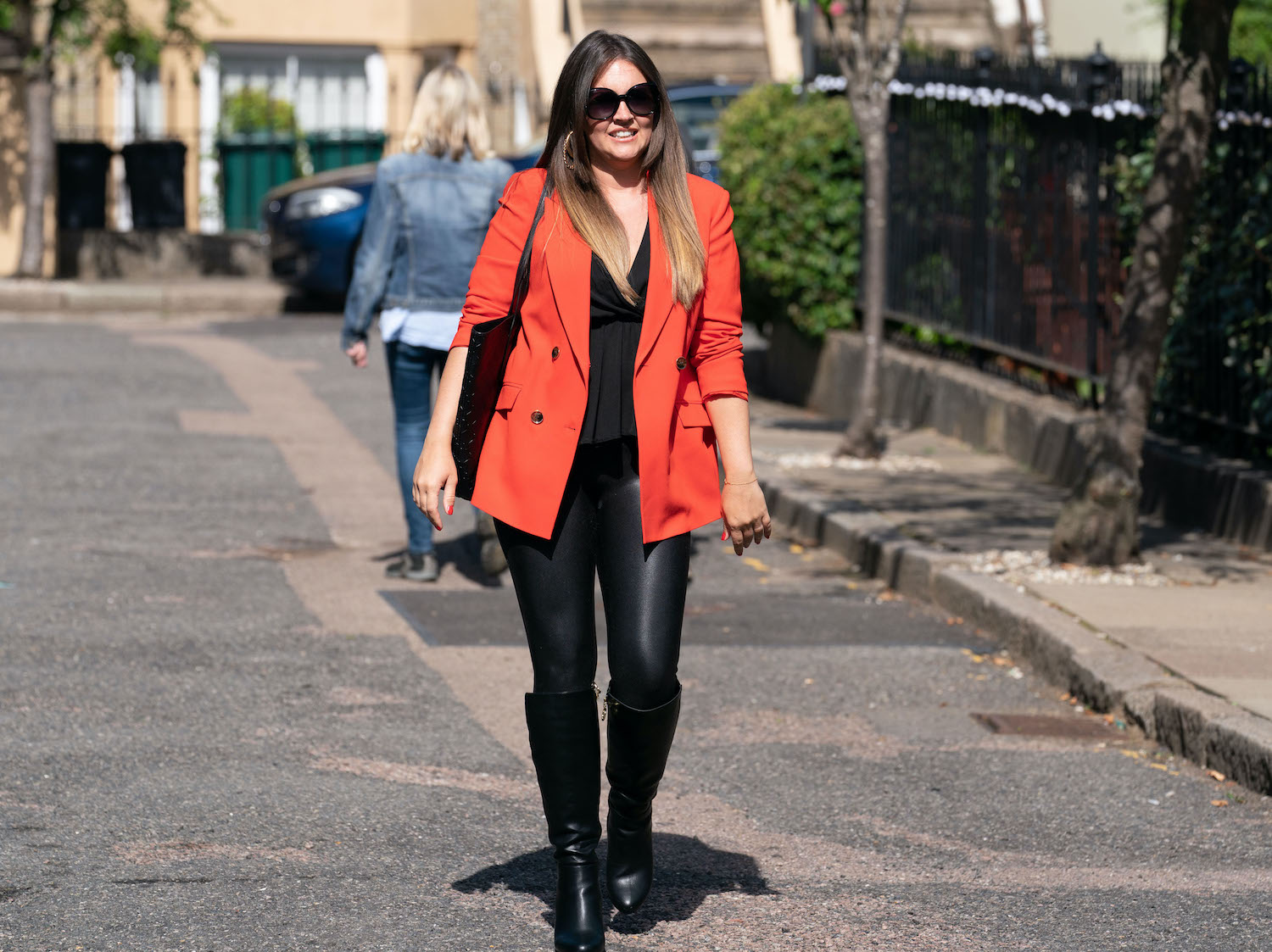 Ruby is still struggling with her finances as money continues to go missing from her account.

She finally admits to Martin that someone is pretending to be her and withdrawing cash.

But Ruby’s worries are about to get a lot worse when a car pulls up and Stacey climbs out. 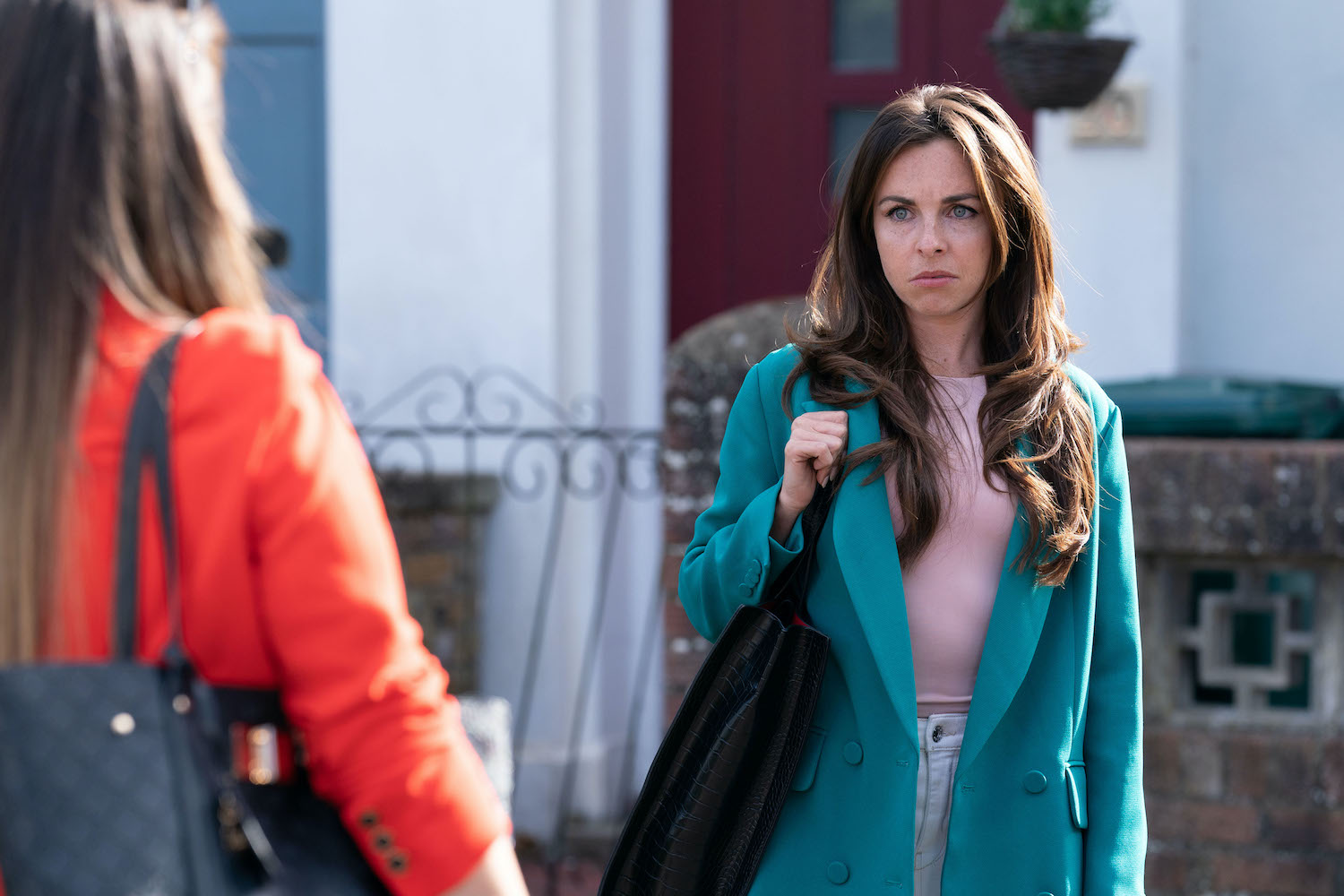 Ruby and Martin are far from pleased to see Stacey, but she admits she isn’t staying in Walford for long.

Ruby tells her she should hang around so that Martin can see the kids. 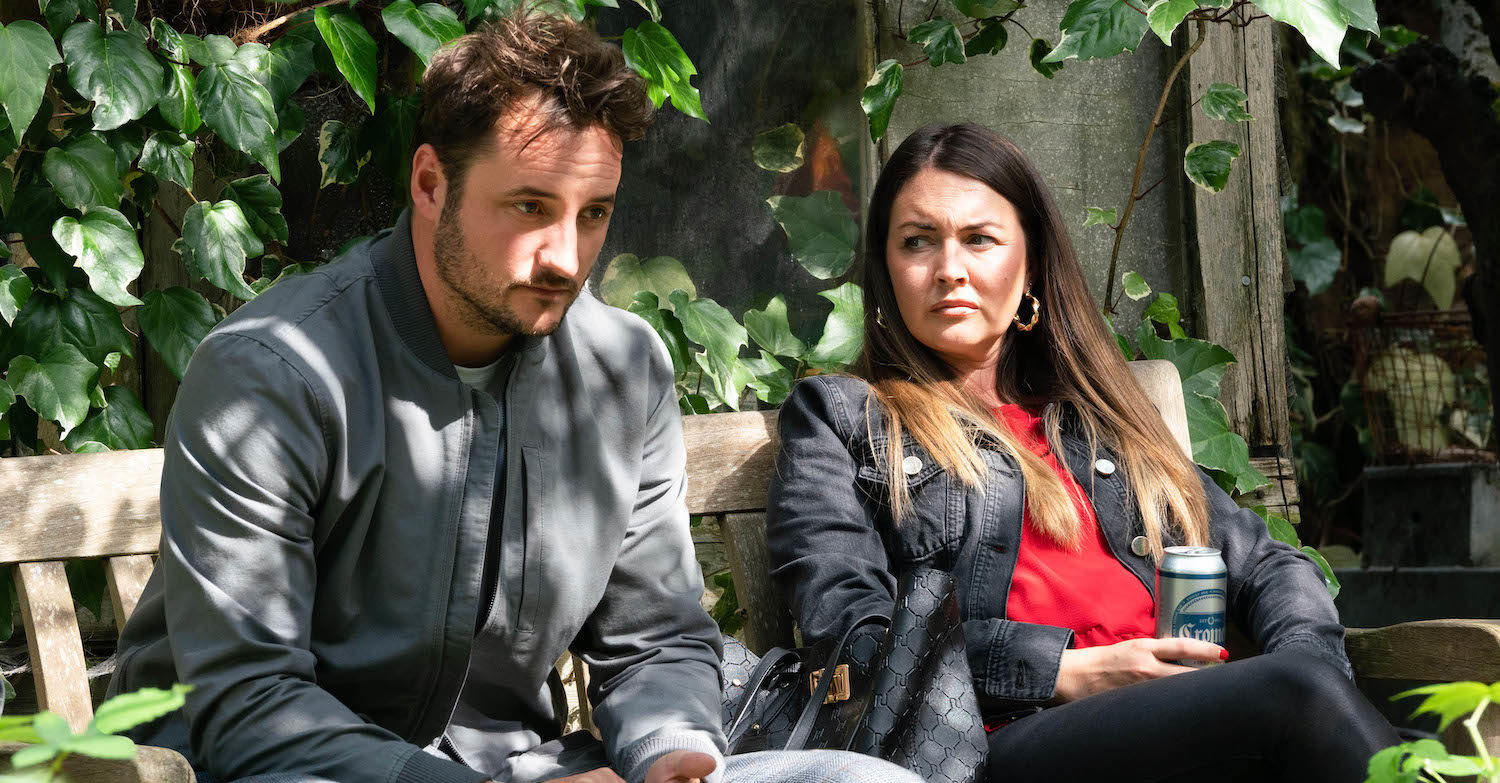 Stacey and Martin catch up but end up having a heated conversation.

Ruby asks Martin if he still has feelings for Stacey and tells him that now is the time to confess. But what will his answer be?

3. Callum’s in trouble with Phil 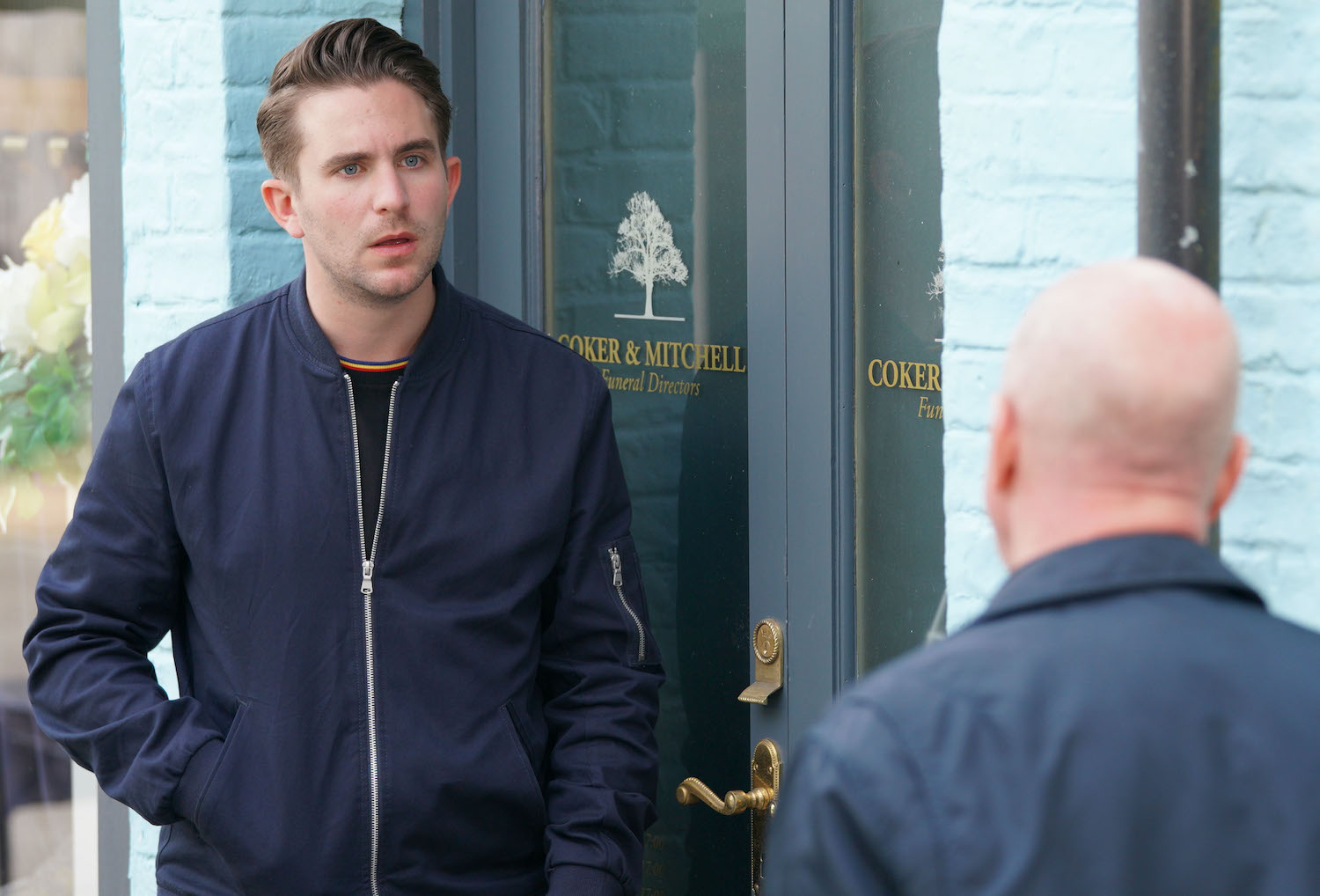 Callum is torn after Thompson’s work offer and only gets more confused when he hears Ritchie and Phil talking about Ben.

Later Phil asks Callum if he knew about Ben’s plans, but how much will he reveal?