Mick comes face to face with his past

EastEnders spoilers in pictures for next week see Mick come face to face with Frankie’s mum, Katy Lewis. But is he prepared for what she has to tell him?

Elsewhere, Kat ropes Phil into her plan, while Denise does some digging into Raymond’s past. 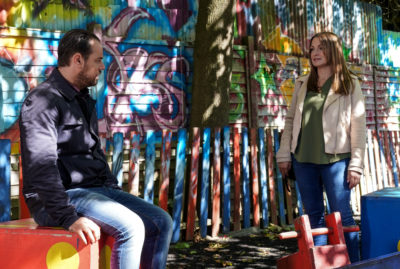 Mick is stunned when he comes face to face with Frankie’s mum, Katy Lewis.

As he is confronted by his past, Mick demands to know why Katy never told him about Frankie. 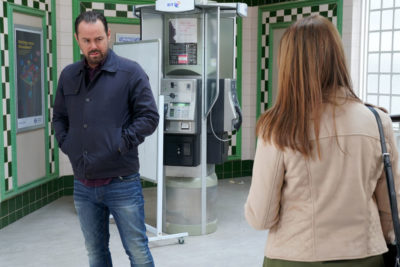 Tina is thrilled to see Katy is in Walford and reminisces about their past.

But their talk of the old days is interrupted when Katy gets a text from Frankie.

Frankie wants Katy to come and meet her, and she demands that Mick comes along too. 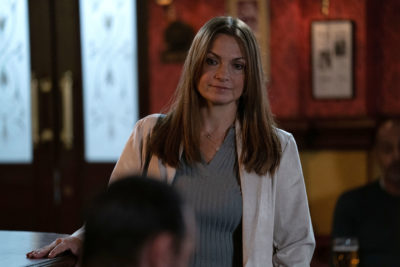 Katy manages to convince Mick to go with her to see Frankie.

But later, it seems there is still something bothering Mick. 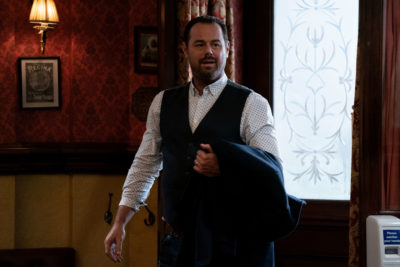 Tina is determined to get to the bottom of what is upsetting Mick.

Tina asks Ian to give Mick a job at The Vic, and he eventually asks him to do a shift.

Mick is thrilled to be back behind the bar where he belongs. 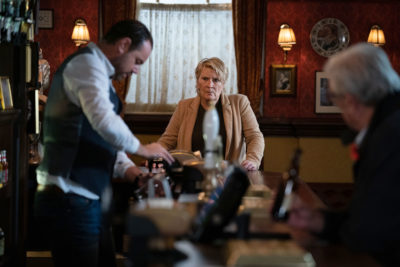 But things soon turn sour when Shirley arrives at the pub.

Mick’s mood darkens when Tina mentions Katy and he accidentally smashes a bottle of vodka. 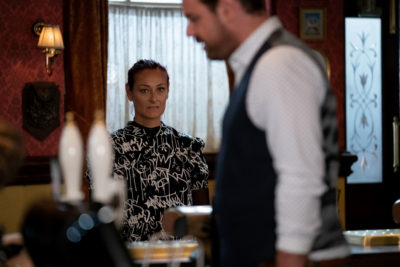 Mick then discovers Tina set the job up for him at the pub, and he is fuming. 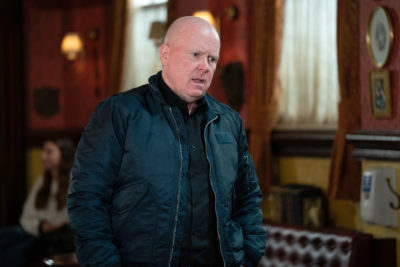 The Slaters are still feeling the financial pinch thanks to Kush’s gambling habit.

Kat is on a mission to get Phil to work with her on a dodgy job.

She cleans Phil’s house, but it is clear she has an ulterior motive. 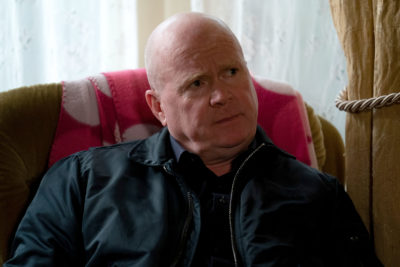 Later Kat is sure her plan has worked.

But when she gets home she finds Phil sitting in her lounge, waiting for her.

Eventually the pair head out to do a cleaning job together at an insurance company.

But will Phil agree to take part in Kat’s plan?

3. Denise digs up the past 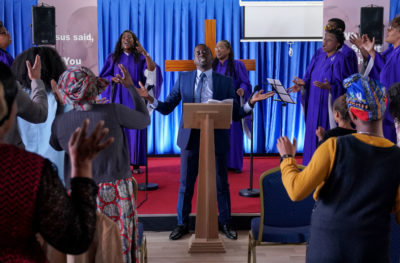 Struggling to bond with Raymond, Denise decides to talk to someone from his past.

Denise remembers his adoptive father was a pastor and decides to start there.

Denise and Jack take Raymond to his family church and are delighted to see him happy. 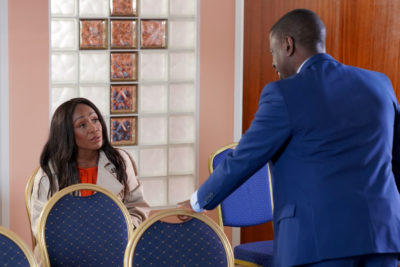 After the service, Denise speaks to the pastor about Raymond.

She asks him about Raymond’s adoptive family, will he be able to give the answers she needs?