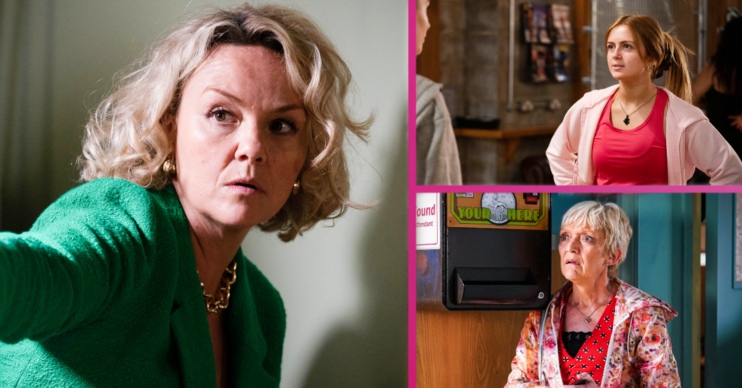 EastEnders spoilers for next week reveal a huge explosion at Phil’s house.

Meanwhile Linda goes into labour, and Jean is arrested. 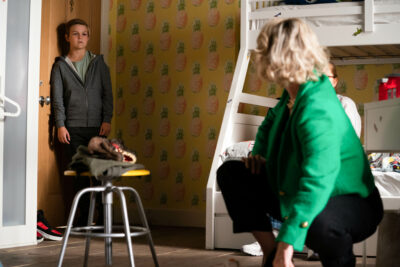 Janine finds Scarlett and Tommy in Tommy’s bedroom. However Tommy locks the door and tosses the key down a crack in the floorboards.

The three of them are trapped in the bedroom and soon realise there’s a fire.

They need to find the key fast and attempt to escape. 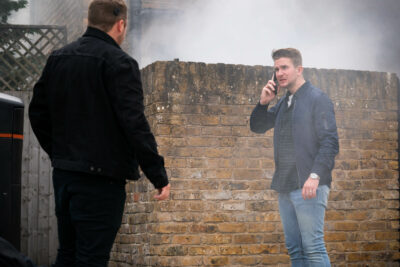 Meanwhile Phil is lying unconscious with flames surrounding him.

He wakes up struggling to breathe.

Ben and Callum notice the flames but as they get closer smoke and flames engulf the house.

The flames get dangerously close to a gas canister and an explosion goes off. 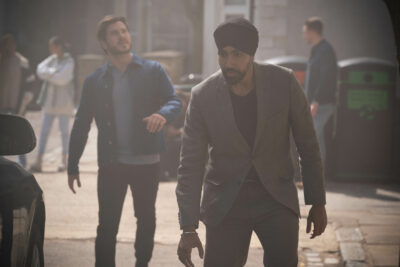 It’s the anniversary of Chantelle’s death and Gray finds flowers on his doorstep.

Whitney tells him she saw Kheerat lingering before and Gray isn’t happy.

Gray confronts Kheerat but he pushes past him, having spotted the fire at Phil’s house.

Kheerat and Gray head inside and Kheerat goes upstairs, but as Gray follows an explosion goes off. 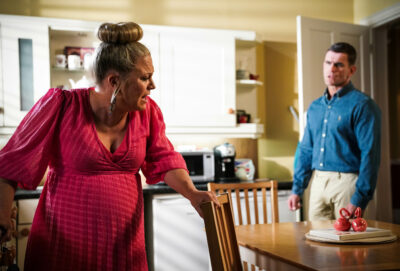 Linda is experiencing contractions as Jack asks her again if Max is the baby’s father.

She denies it, but then her waters break.

Is she going to be okay? 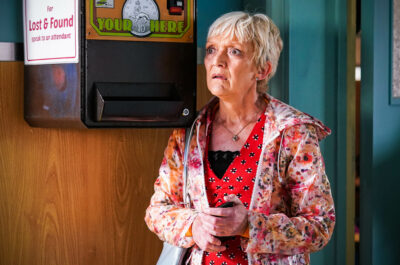 Jean bumps into Shirley who reveals she thinks she may be responsible for the fire.

The police arrive, but it’s Jean they take in for a possible drug offence.

At the police station, Jean refuses to comment about the weed found in her garage.

She gets up to leave but collapses. 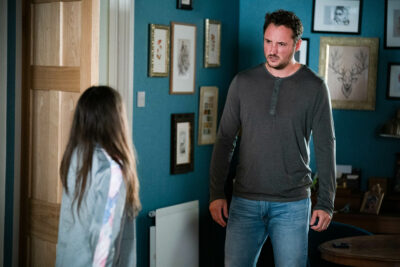 Lily reveals to Martin that she got the weed from Jean and Ruby knew.

Ruby tries to reason with Martin but something isn’t adding up.

Martin sees the text on Ruby’s phone from the police thanking her for her help and informing her a drugs related arrest has been made.

He is furious with Ruby and secretly goes to visit Stacey in prison. 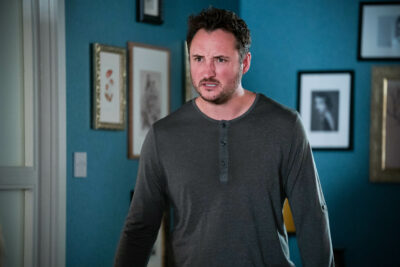 Martin admits to Stacey that he messed up and explains what’s going on with Ruby.

Stacey is shocked and tells Martin to sort Ruby out or she’ll kill her.

Meanwhile a solicitor tries to get more information from Jean, pushing her to reveal who put her in touch with a drug dealer if she wants any chance of going free.

As she continues to be questioned, Jean tells them she’s ready to reveal who it is. 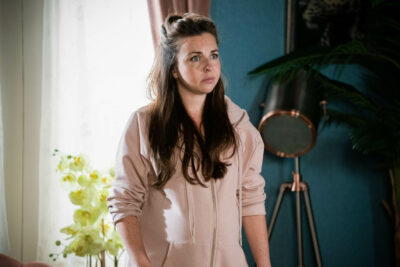 Ruby is waiting for a pregnancy test. She checks it and wells up.

Martin confronts a shocked Ruby and wants to know why she has been lying to him.

Ruby is forced to come clean – she sent Stacey down.

6. A fight breaks out between Tiff and Dotty 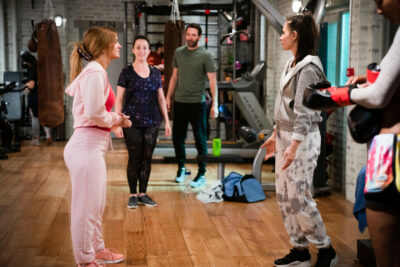 Tiffany is furious that Dotty is wearing her top and gives Sonia an ultimatum – it’s her or Dotty.

Tiff and Sonia go to a boxercise class to let off steam and Tiffany notices gym-goer Ethan is keen on Sonia.

As the class starts Dotty enters and the girls have a stand-off.

Nancy tells everyone to get into pairs and Tiff immediately approaches Dotty. 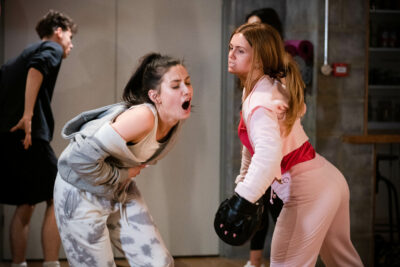 Tiffany takes the opportunity of being boxing partners with Dotty to punch her in the stomach.

A fight breaks out between them, and Nancy and Sonia rush to break it up.

Tiff storms out and Sonia goes after her.

Afterwards Tiff and Sonia debrief at home and Sonia reveals she has a date with Ethan.