Mick returns, Eve leaves and Vi is hiding something...

EastEnders spoilers for next week reveal a potential exit and a return.

As Jean orders Eve to leave, Mick comes back to find Nancy and Frankie fighting. Elsewhere, Violet has a big secret. 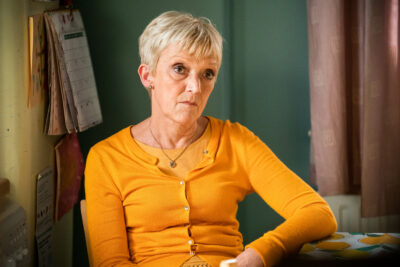 Jean is unhappy about Eve’s presence and is adamant she has to leave.

Stacey and Eve come up with an idea to please Jean and they approach Suki. 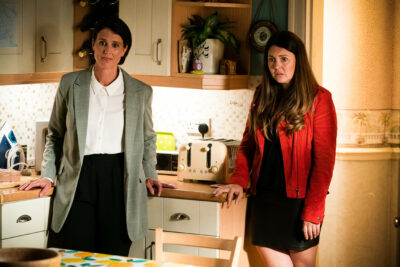 When Eve and Stacey fill Jean in what happened, they think she’ll have changed her mind.

However, once alone, Jean orders Eve to go. 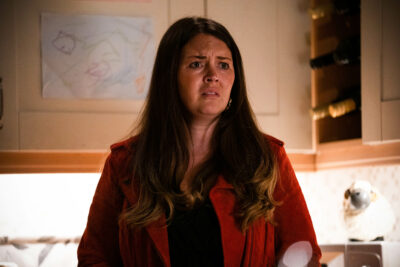 Stacey soon realises Eve has gone. How will she react? 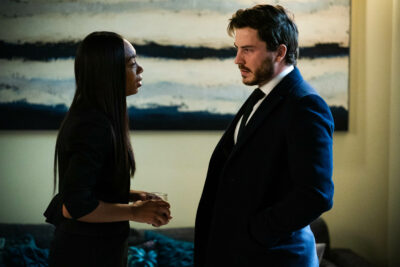 Gray is going to his dad’s funeral, but Whitney refuses to go with him.

Whitney changes her mind, but Chelsea, seeing the state Gray’s in tells Whit to leave and agrees to attend instead.

Gray is emotional when they return and Chelsea comforts him.

Tipsy Gray proposes to her, but will she say yes?

3. Vi is hiding a big secret 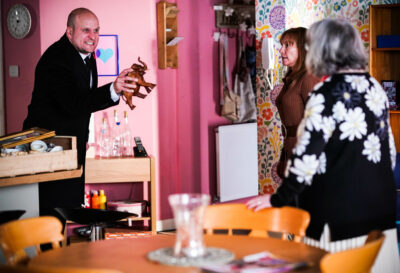 Rainie senses something is up with Vi, who admits her son, Jonno, is selling all her belongings. However, she insists they can’t tell Stuart.

But when Stuart notices Billy selling Vi’s things, he takes them home and confronts his gran. 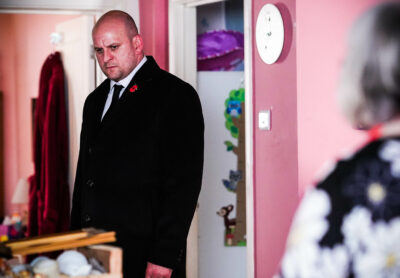 She reveals the truth, but begs angry Stuart to leave Jonno alone. 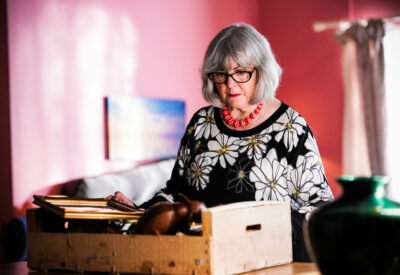 Later, she searches through everything but begins to panic when she can’t find an antique children’s book.

She storms over to Billy’s stall, but he’s sold it to Kim. 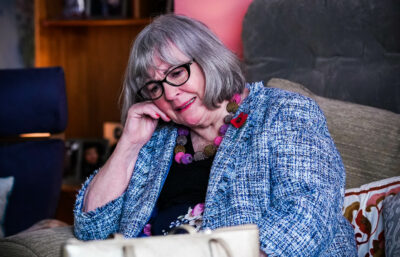 Can Vi get the book back? And why is it so special to her?

4. Frankie and Nancy at war 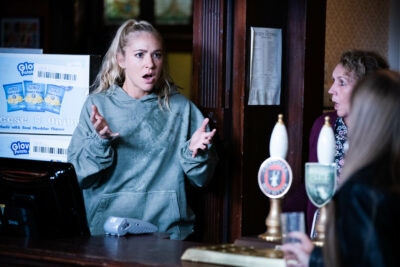 Nancy is annoyed with Frankie for messing up an order. She lets rip at her sister.

However, Frankie is sick of Nancy’s attitude and throws a drink at her. 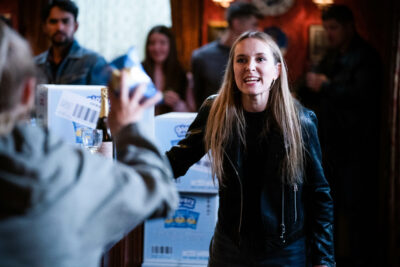 Frankie is fuming and the pair end up chasing each other around the pub. 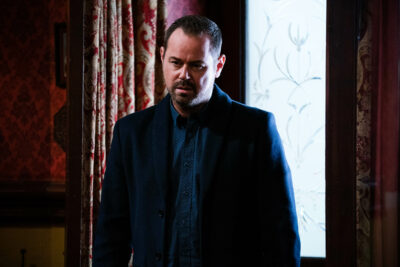 Just as Nancy and Frankie are causing chaos, Mick returns.

He has brought Ollie home, but where is Linda?

6. Frankie gets a new car 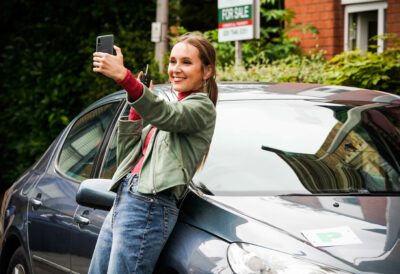 Mick buys Frankie a second-hand car causing things to come to a head between his daughters. 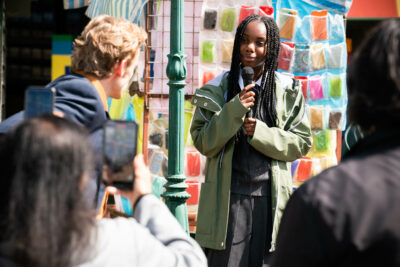 Bailey is on a climate change mission, trying to get residents to sign a petition for meat-free Mondays at Walford East.

Peter is fuming and tries to stop her, but the crowd is behind Bailey.

Peter is left seething when Bailey’s speech goes viral, but what will his response be?