Rocky lets the truth about Bobby slip to Dana's dad

EastEnders spoilers for next week reveal that Harvey finds out the truth about Bobby’s past.

1. Harvey finds out the truth

They both get nervous around Harvey when Bobby awkwardly invites Dana to the mosque.

Later Bobby tries to convince Dana that they should tell Harvey the truth about him. 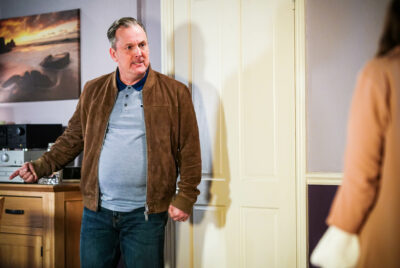 Later Harvey and Rocky are talking about Bobby.

Rocky tells him that Bobby converted to Islam in prison, where he went for killing his sister.

Harvey angrily barges into Kathy’s just as Dana and Bobby arrive back from the mosque. 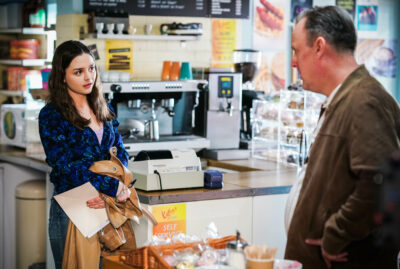 Rocky is shocked to realise Dana knew the truth about Bobby, while Kathy can’t believe what Rocky did.

In the café, Kathy confronts a nonchalant Rocky.

Later Dana and Harvey argue over Bobby as she heads off to celebrate his A-level results.

Harvey and Kathy cross paths and she asks he doesn’t judge Bobby on his past. 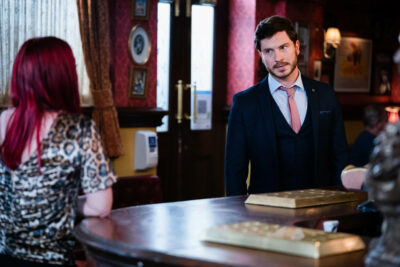 Chelsea has a new name for Gray’s children, but Karen overhears and worries about how Chelsea views her grandchildren.

Whitney pops by to drop off Mia’s birthday present and explains things are still awkward with Gray.

Later Gray and Whitney are in the same place expecting to see Karen when they realise they’ve been set up. 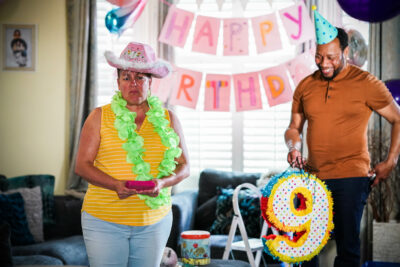 In the evening Chelsea visits the laundrette and Karen has a plan.

Mitch and Karen help out at Mia’s birthday party and they realise Gray forgot to send out invites.

Feeling bad about the invites, Gray is touched when Whitney stops by. 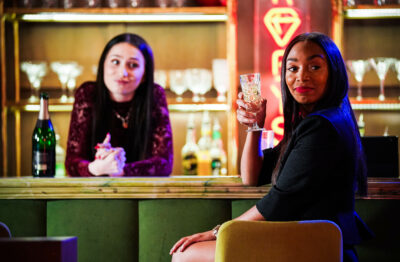 Karen is annoyed that Gray seems to be putting more effort into Chelsea than the kids.

She tells Gray how she feels and he struggles when confronted with the truth.

Meanwhile at Ruby’s, Chelsea gets a drink from an admirer. 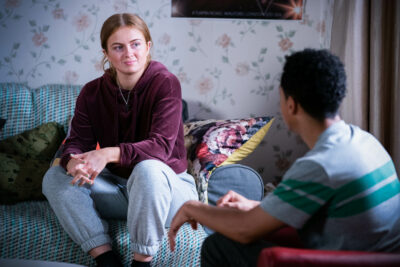 Bernie and Tiffany patch things up. Tiffany returns from hospital.

As Keegan’s guilt intensifies, Dotty makes it clear she’s not comfortable lying to Tiff about what they did.

Later Keegan tries to quit his job at the club, telling Dotty their secret will stay just that.

4. Kat gets some news 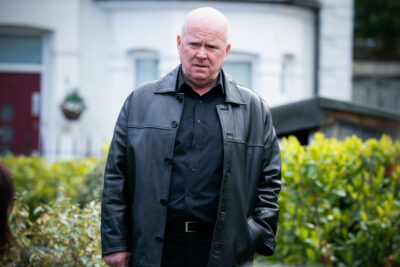 Phil is heading abroad to see Louise and an injured Lisa, so he asks Kat to look after his house.

Kat later becomes concerned when she looks at her phone. 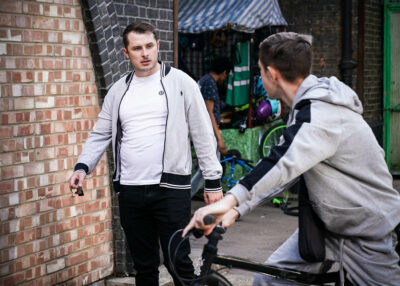 A loan shark threatens Ben. As Callum and Vi see the commotion, Callum wants to know what’s going on.

Later Ben sees his dad leave for France and explains his money troubles, asking for help.

However Phil refuses to help. 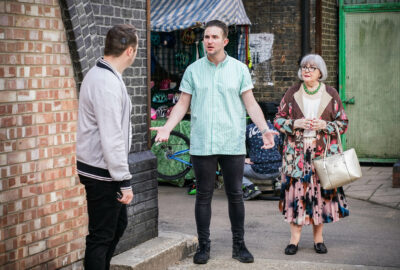 At Walford East, Vi is gossiping about Ben’s money problems.

She carelessly tells Kathy and Kheerat listens in.