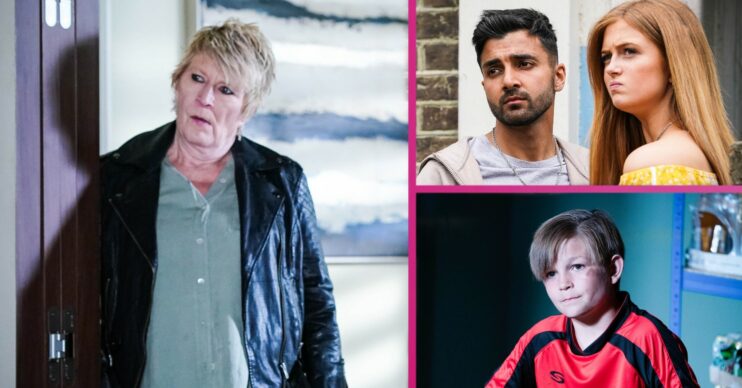 Is Shirley getting closer to the truth?

EastEnders spoilers for next week reveal Shirley demands Phil and Sharon to tell the truth about Ian.

Meanwhile Suki and Honey grow closer, and Kat is left in a difficult position. 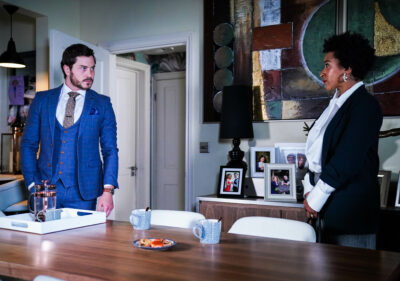 Gray’s money problems are rising. His boss Laura arrives with a HR rep to tell him he’s been fired due to the caution he received last month.

Meanwhile Chelsea brags to a friend about the clothes Gray brought her.

He confronts her with his credit card bill but to Chelsea it’s not her problem.

2. Shirley is determined to find Tina In The Vic, raging from earlier events, Gray tells Shirley he saw Tina on a bus.

Mick and Shirley visit Gray and ask him to relay everything he knows about Tina. He tells them he can’t be 100% sure it was her.

Later Shirley promises Mick that Sharon and Phil are going down unless they confess about their plan with Ian. 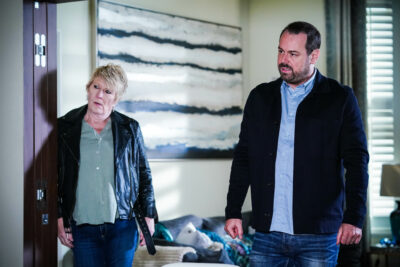 Phil returns from seeing Louise and Lisa and isn’t happy when he sees the new Arches sign.

Later a defensive Ben tries to explain himself when Shirley walks in.

She tells Phil to hand himself in for what he did to Ian.

Later on, Sharon spots a dishevelled Shirley who pleads with her to go to the police. Sharon confides in Phil about her guilt over Ian, explaining Linda and Shirley are pressuring her too.

She suggests going to the police but Phil reminds her she could face time.

Later Phil worries when he can’t get hold of Sharon. He leaves her a warning not to do anything stupid.

4. Sheree takes matters into her own hands 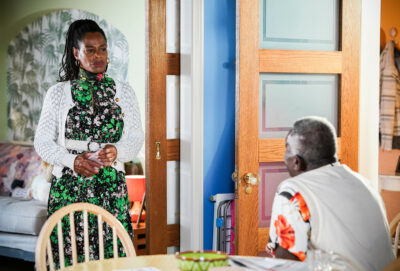 On the day of Isaac’s return, Sheree is anxious to tell Patrick she’s booked two tickets for her and Isaac to go to Trinidad with no time on when they’ll be back.

Later Sheree can feel her power slipping when Isaac refuses to go and Patrick supports him.

Patrick tries to calm Sheree down and remind her of Isaac’s progress, but she insists they should go to Trinidad.

She soon decides to take matters into her own hands. Isaac is determined to get his job back, surprised the headmistress hasn’t called him back.

Sheree becomes alarmed hearing this and lies the school want to wait until things cool down with the online abuse which crushes Isaac.

Later Patrick suggests maybe Trinidad is the best place for Isaac and he wants to come with them. 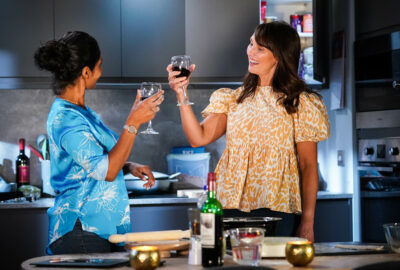 At the Panesar’s flat, Vinny finally tells Kheerat and Suki he’s renting space in the laundrette to sell and fix phones.

Kheerat berates him for going into business with Phil, while Suki stays calm.

Suki invites Honey for dinner and they enjoy each other’s company. Suki is interrupted by a disappointed Ash, who failed her performance review and blames her mum.

To makes amends, Suki plans to expand her empire by buying another property and making it a GP surgery so Ash can work there.

Ash is angry until Honey defends her and makes Ash see things from her mum’s viewpoint.

Later Suki and Honey are dressed up for the Pride of Walford awards.

7. Vinny gets back at Keegan 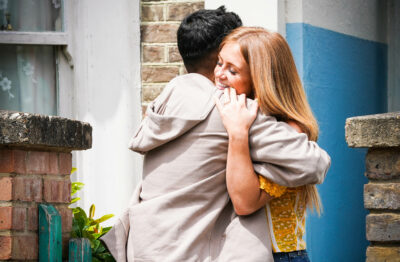 Vinny sees a sullen Tiffany and invites her for a drink.

Later as they hug goodbye, Vinny sees an opportunity to get back at Keegan.

8. Kat is left in a difficult situation 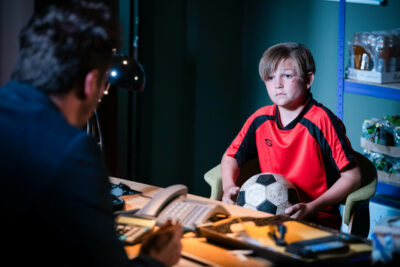 After trying to overcompensate for his affection, Kat tells Tommy once again that she can’t look after Scarlett.

Later Kat tries to bond with a reluctant Tommy and he insists she help Scarlett as she has a court case that could place her anywhere.

Later Tommy asks Martin for Alfie’s whereabouts thinking he’ll be able to live with him and Scarlett.

Martin realises Tommy doesn’t know the truth and promises to speak to Kat.