Meanwhile Nancy and Frankie end up in a jail cell, and Keegan grows closer to Dotty after discovering what Tiffany has been up to. 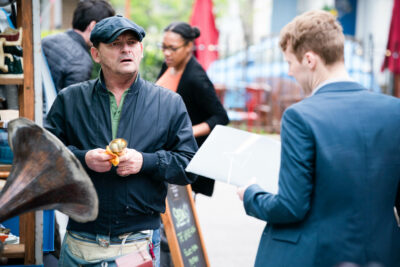 Kat gets a rare record to help Billy get back on his feet. She tells Jay that she used Phil’s money to buy it without him knowing.

Jay plants the record and pretends to find it.

Billy can’t believe his luck as the bids flood in, but Janet tells Billy she wants the record. 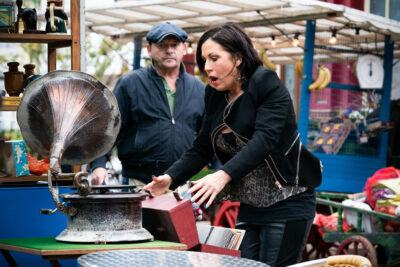 Later Kat finds Janet with the record and comes clean to Billy that she threw him a lifeline.

She goes to grab it but finds there’s a scratch on the record.

Meanwhile Phil goes to Jack to try and see Raymond, but Jack tells him he’s got no chance.

Later when Phil returns home he finds Billy there and Kat explains he’ll be staying till he can get back on his feet. 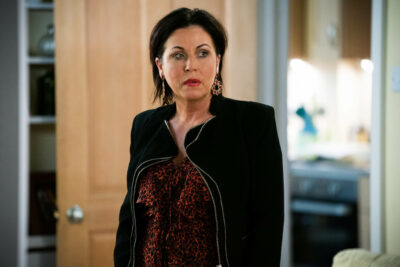 When Phil learns about the record he orders Billy out.

He tells Kat that Richie has said it’s going to be hard for him to get custody of Raymond.

After his conversation with Jack he’s considering taking him and doing a runner.

Kat begs Phil not to take Raymond and he gives her till the end of the day to convince him otherwise he’s going through with it.

3. Nancy and Frankie end up in jail 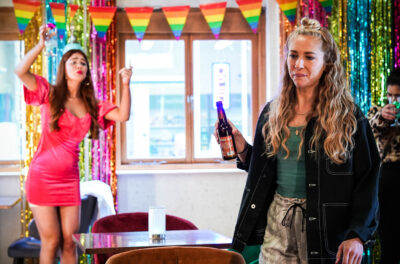 Nancy tells her family she’s going on holiday with some girls she’s met.

Sharon is unhappy that Nancy is leaving without any notice.

She suspects it’s about Zack but Nancy denies it and heads to The Albert to meet the girls.

Worried for Nancy, Frankie finds her drunk at the bar. 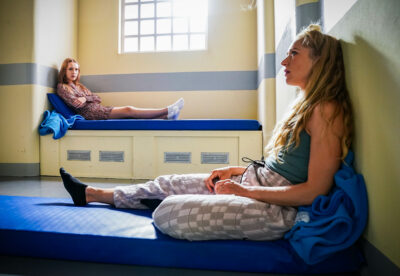 When one of the girls is rude to Frankie, Nancy sees red and a fight breaks out.

Nancy and Frankie end up in a police cell after the fight.

They are forced to open up to each other and talk through the situation with Zack.

Callum appears and tells them they are being let out with no further action. 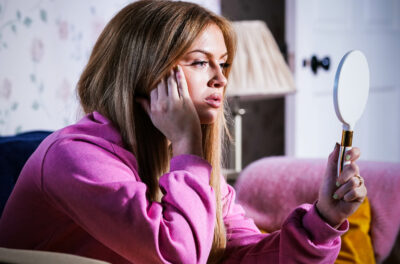 Read more: EastEnders: Who is Paul Coker and what happened to him?

Tiffany is obsessively checking her face in the mirror.

After speaking to Vinny about Dotty, Keegan confronts Dotty about the way she’s been treating him.

Later Karen tries to get Bernie to eat but Bernie is worried about putting on weight.

She secretly pops a diet pill and thanks Tiff for sorting them for her, before Tiff goes to another appointment. 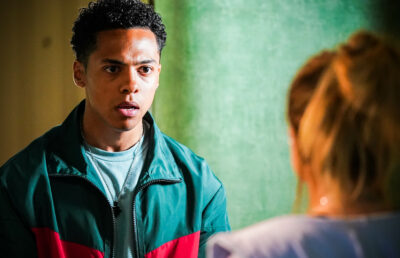 Later Bernie is feeling faint and she collapses.

Keegan quickly rushes to his sister’s aid while Gray calls an ambulance.

Rainie soon appears and when Bernie is asked what medication she’s on, she’s forced to admit she’s been taking diet pills.

Keegan is shocked when he learns Tiffany was the one that got Bernie the pills. 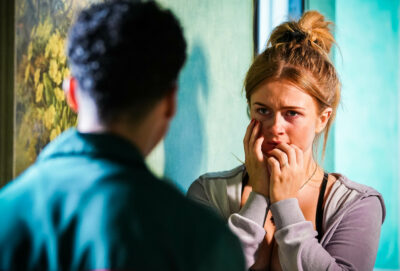 Keegan is furious with Tiffany for giving Bernie diet pills and getting more cosmetic work done.

At the club Dotty confronts Vinny for telling Keegan about them.

Vinny takes the opportunity to reveal his true feelings for her, leaving her feeling awful.

6. Things heat up between Keegan and Dotty 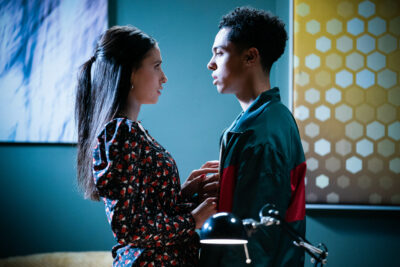 Later Keegan picks up his wages from a drunk Dotty and she offers him a drink.

At home Tiffany is feeling even worse. She calls Keegan but he ignores it.

Back at the club things heat up between Keegan and Dotty…

7. Rocky has a plan for Whitney 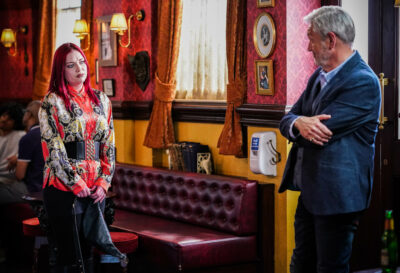 Read more: Who plays Harvey Monroe in EastEnders? What else has Ross Boatman been in?

Rocky overhears Whitney singing and sends a recording of her voice to a music promoter friend.

Whitney refuses to meet her but Rocky won’t give up.

Rocky secretly sets up Whitney with Jen, the music promoter. What will Whitney say?