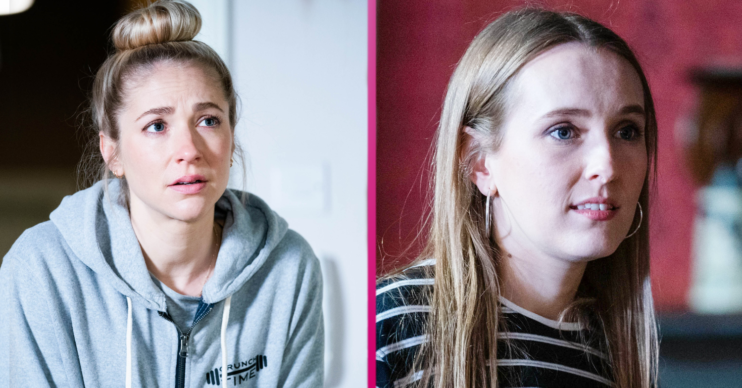 EastEnders SPOILERS: Nancy to die after she’s run over by Frankie?

EastEnders spoilers for next week reveal Nancy Carter is accidentally run over by her half-sister Frankie. Is Nancy going to be okay?

This year Nancy moved in with her dad Mick, stepmum Linda and younger brother Ollie.

Soon Frankie’s half-sister Nancy returned to Walford and moved back in with her family and it seems she and Frankie get on well.

However in upcoming scenes Frankie is left flooded with guilt after she accidentally runs her sister over.

In next week’s scenes Nancy tells Mick and Linda that she is officially divorced. Frankie is feeling downbeat so Mick organises for Zack to take her out on a driving lesson.

Meanwhile over at the gym, Linda gives Nancy some moral support as Nancy reveals she’s thinking about entering some weightlifting competitions.

As they head out, Zack wants to drive to the pub.

Later Zack is tipsy and Frankie isn’t used to driving in the dark. She ends up hitting something and they both panic as Nancy lies motionless in the street.

Zack and Frankie are horrified by what’s happened and Zack calls for an ambulance and says he found someone in the street unconscious.

The police soon arrive and Zack recounts his story. Mick and Linda turn up to A&E as Zack is plagued from guilt and he tries to leave, but fails.

Meanwhile Frankie and Shirley arrive at the hospital but Nancy is still unconscious.

Frankie is distraught, but Zack reminds her that they could go to prison if the truth about Nancy’s accident comes out.

They have to pray Nancy doesn’t remember anything when she comes around. Is Nancy going to be okay?