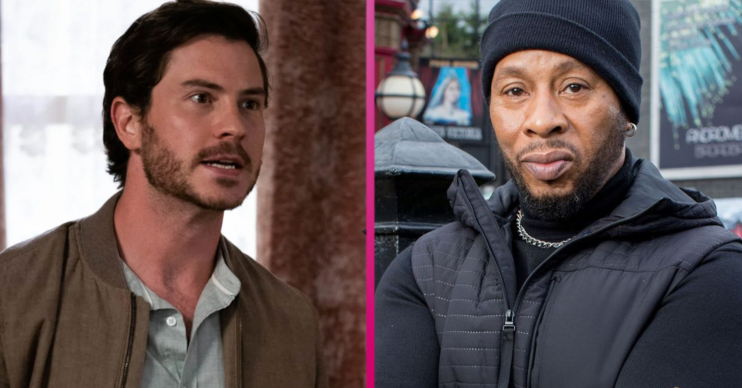 After years of EastEnders favourite Chantelle Atkins suffering at the hands of her abusive husband, her dad, Mitch, finally works out all is not as it seems in his daughter’s marriage.

Next week’s EastEnders will end in tragedy when Chantelle Atkins ends up dead after a violent confrontation with her abusive husband Gray.

But before her heartbreaking demise, Mitch has started to realise something doesn’t quite add up with Gray.

To everyone else in Albert Square, Gray and Chantelle have got the perfect life.

Little do they know, behind closed doors, the reality is very different.

Viewers know that Chantelle has been the victim of domestic abuse for years.

But during lockdown she has come to the realisation that she needs to escape her toxic marriage.

However, with Gray always one step ahead of her, leaving is far easier said than done.

As Chantelle puts her plan to escape while on a holiday with the Taylor family into motion, she is devastated when Gray tells her the kids are staying at home with him.

With no choice but to leave the Square without Mia and Mack, Chantelle is heartbroken.

But Mitch realises that his daughter isn’t in the holiday spirit and asks what is wrong.

Despite being tempted to share her troubles with her dad, Chantelle keeps her secret to herself and lies that she just misses the kids.

Wanting to help, Mitch offers to go home and get Mia and Mack, leaving Chantelle thrilled.

When Mitch returns with her children, Chantelle is over the moon that her escape plan is back on.

But her world soon shatters when she realises Gray has come with them.

While Chantelle is devastated that her bid to leave is in tatters, the rest of the Taylors are oblivious to the nightmare she is trapped in.

Chantelle’s helpless when Gray insists she comes back to Walford with him and the kids… but as she leaves Mitch sees a flicker of fear on her face.

But while Mitch might have finally worked out that Gray might not be the doting husband that he makes himself out to be, sadly it’s not enough to save his daughter.

Once home, Chantelle finds the courage to tell Gray she is leaving him, but little does she know she’s just signed her own death warrant.

As Gray lashes out, things take a shocking turn and Chantelle ends up dead.

Will Mitch put two and two together and work out what really happened the night his daughter died?