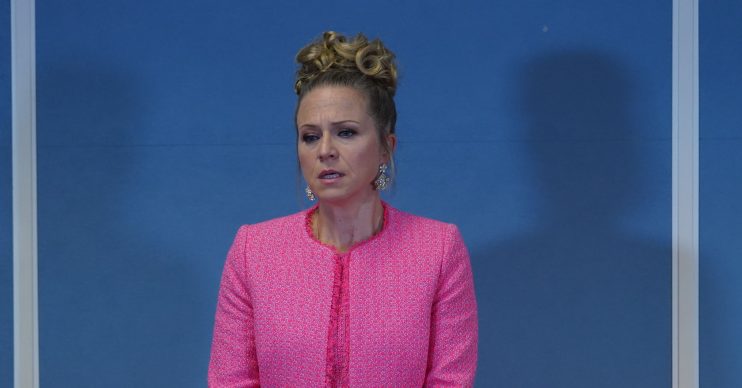 Tomorrow night he will discover the truth as he finds out she’s in court charged with drink driving.

Although Linda drove off, Shelley’s friend witnessed the smash and called the cops, who arrived to breathalyse Linda.

When that proved she was over the limit, she was arrested and given a court date.

But as she snuck out to see a solicitor in last night’s episode (Tuesday November 26), Mick was non-the-wiser as to what his wife had been up to.

However, he has been getting worried about her drinking and is clearly aware she’s been keeping something from him.

As Ruby moves into The Vic as part of the wife swap competition, Mick is distracted.

He’s stunned when he hears of Linda’s whereabouts and rushes off to court to find his wife standing in the dock.

The Vic landlord can’t believe it as he watches Linda receive her sentence, but what will the outcome be?

And how will the latest lies affect the Carters’ marriage?

Mick already knows Linda is hitting the bottle a little too hard, but will a drink driving conviction be enough to make Linda stop?

Or does her booze battle have a long way to go yet?

Can Mick and Linda survive this latest test to their marriage?