A new trailer released by EastEnders has hinted at Mel Owen's death in a new trailer.

Bar manager Mel has become filled with hatred towards the Mitchells after blaming them for her son Hunter's death.

She has been blackmailing Sharon Mitchell about her secret affair with Keanu Taylor and him being the father of her baby.

After getting thousands out of Sharon, Mel later demanded she buy her a villa in Portugal for a new life abroad with Lisa, Louise and her baby.

But this week Sharon regained the upper hand after discovering Mel had secretly harboured Hunter when he escaped from prison and enabled him in the shootings that followed.

And in a new trailer the war between the Walford women reaches fever pitch as Mel prepares to expose Sharon.

She vows to throw Sharon and Louise a surprise birthday party and "say something" there leading to a race against time for her and Sharon.

The pair literally race their cars in the trailer which could lead to the devastating crash that was teased earlier this year in filming pictures. 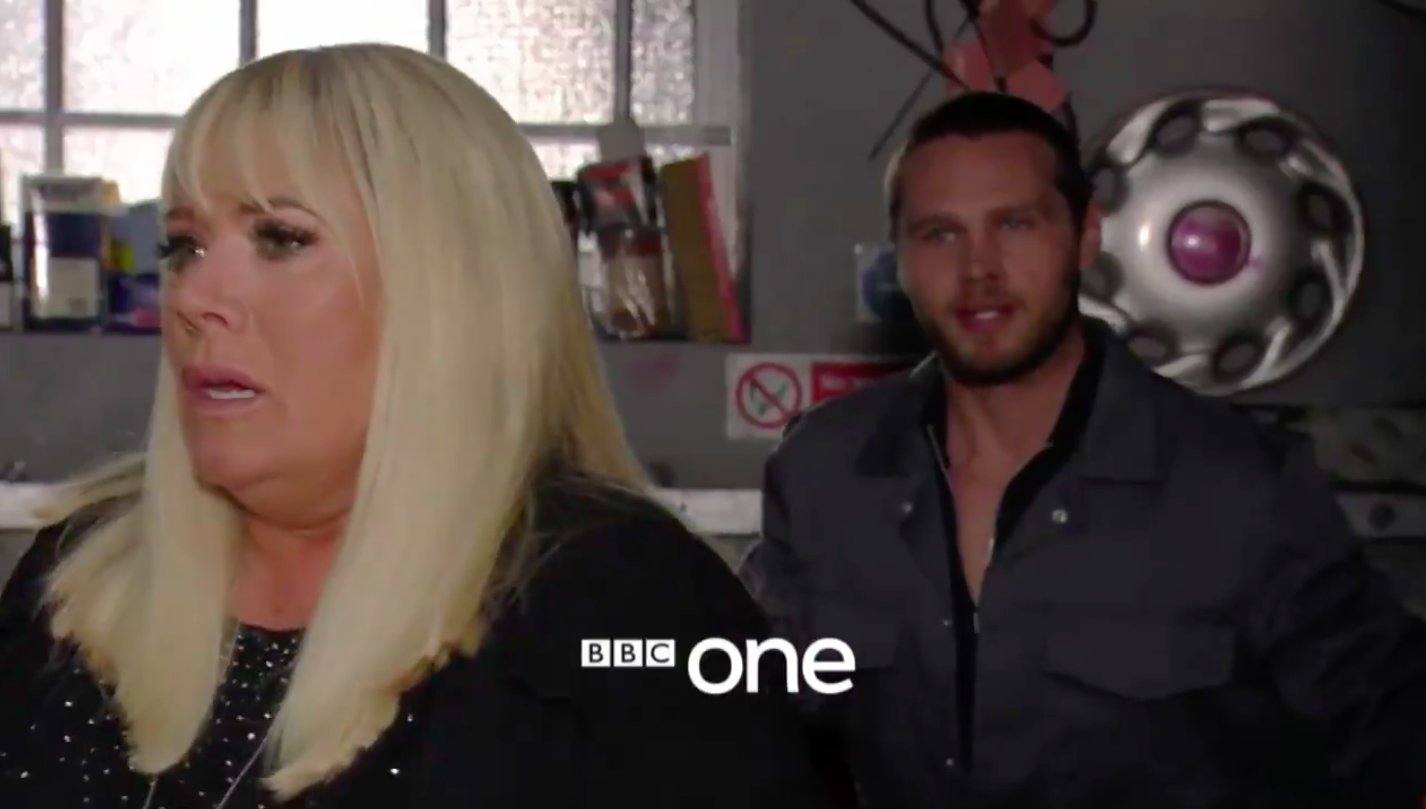 Sharon and Keanu are in trouble from Mel (Credit: BBC)

But will Mel die?

Tamzin announced her departure earlier this year but stayed tight lipped on how Mel would exit.

She said in a statement: "When [former producer] John [Yorke] asked me to return to EastEnders back in 2017, I jumped at the chance to play Mel once more but it was only supposed to be for a year.

One exit has already been confirmed with Danny Walters quitting the soap but will there be another permanent leaver?

Do you think Mel will die? Leave us a comment on our Facebook page @EntertainmentDailyFix and let us know what you think!