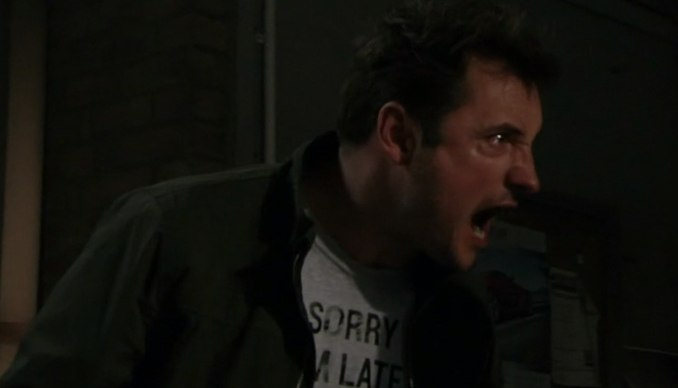 Martin is showing a new side to himself

EastEnders’ Martin Fowler could be set to become a new villain.

Fruit and veg stall holder Martin surprised fans by returning to Walford on Friday night and it has been claimed his life on the run will have changed him.

Soap boss Kate Oates has hinted that Martin could be a new villain.

She told The Sun: “We will see a very different side to Martin, which James [Bye] is loving, I believe.

“It gives him a chance to get his teeth into something different.”

It comes after Martin made his return to Walford after his daughter Bex attempted to take her own life.