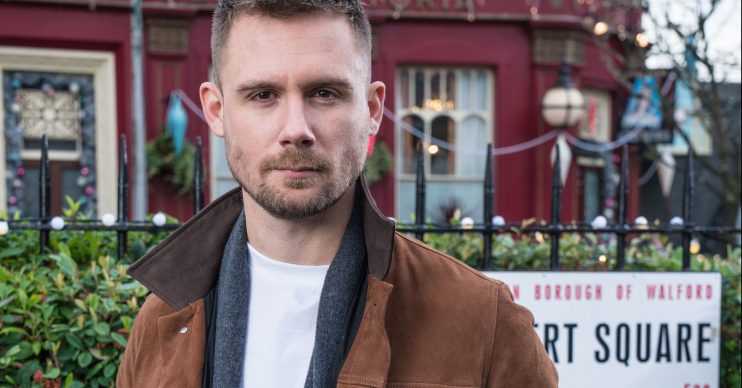 Linda's problems could be at an end

Lee Carter is returning to EastEnders in time for Christmas.

With Linda’s struggle with the booze hitting new lows at Christmas, Mick calls Lee to bring him to the Square.

But when Lee arrives on Christmas Eve his mother has drunk so much alcohol that she has passed out in the middle of the Square.

She had tried to distract herself with the Ball and Change winners dinner – but as the evening goes on she drinks even more and ends up rowing with Ruby Allen.

At the end of his tether with Linda’s actions, Mick pours her drinks away – sparking Linda to rage at her husband loudly.

As she rants and rages at Mick, a drunk Linda is horrified when she realises their young son Ollie has been watching her.

Disgusted with herself Linda grabs more alcohol and heads outside to drown her sorrows in the Square where she passes out before Lee arrives.

Speaking of Lee’s return, actress Kellie Bright said: “Linda is completely shocked and blown away. As thrilled and excited as she is to see him, the timing of his appearance isn’t good…

“It was great to do scenes with Danny again and lovely to have him around. It was also great to be able to be a mum to an older child again – I’ve missed playing that parental role.”

Unfortunately Lee returning won’t put an end to Linda’s booze problems as they continue and put her into a dangerous situation.

Linda throws herself into the New Year’s festivities, but her drinking spirals out of control as she continues to be haunted by recent events.

And when her friends and family try to stop her from drinking, Linda ignores them and ends up in a harrowing situation.

Are you glad Lee’s back in Walford? Leave us a comment on our Facebook page @EntertainmentDailyFix and let us know what you think!