It looks like Keegan could be in trouble after he attacks Ian Beale in Walford East in tonight's EastEnders (November 4 2019).

In a preview for Monday night's episode it shows Keegan going into the restaurant and approaching Ian.

“This is just typical Taylor, blaming everyone but yourself.”#EastEnders. Tonight. 8pm. pic.twitter.com/rxqQqvVABI

He explains that the Food Standards Agency has shut him down and asks if Ian has any jobs going in the restaurant.

But a smug Ian says it would be a PR disaster if he hired the "Walford Poisoner".

However Keegan quickly starts to get infuriated when he realises that Ian is now selling sandwiches.

Ian then continues to wind up Keegan saying: "This is just typical Taylor, blaming everyone but yourself.

"You need to learn to take responsibility sunshine, although saying that, it's not your fault is it? Being brought up in such unsanitary conditions." 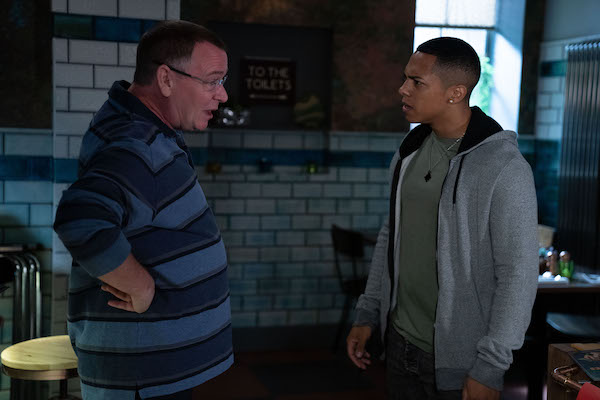 Read More: EastEnders fans convinced Phil will be Sharon's baby's dad after all

As Ian continues to get more personal, saying that Keegan's family have scammed "every benefit going", Max Branning steps in and warns him to slow down.

But when Keegan protests his sandwich business was his and Tiffany's future, Ian says: "Future? What you and Tiff? Do me a favour, you two aren't even going to last a couple of weeks.

"You are the definition of a snowflake generation you. Even your mum thinks so.

"I mean her idea of a long-term relationship is a quick bunk up."

However, the final comment pushes Keegan too far and he punches Ian in the face before a watching Habiba says down the phone: "Beale down, Beale down." 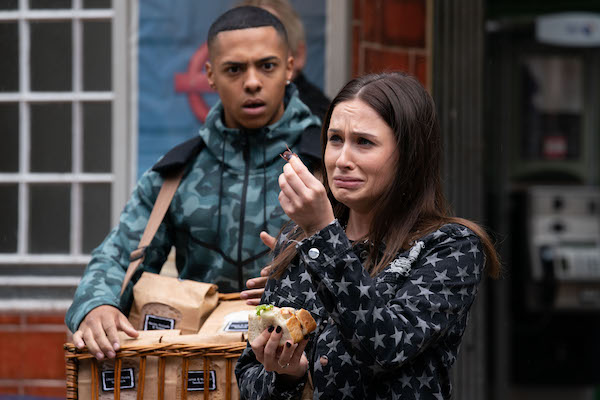 Viewers know Ian paid Dotty Cotton to put a cockroach in a sandwich and make a fuss about it in front of his customers.

She then contacted the Food Standards Agency and made sure Keegan was reported.