Jean Slater attempts to hide from the truth as she is forced to face up to health worries in EastEnders tonight.

The much-loved Walford character has been blighted by mysterious symptoms for several episodes of the BBC One soap.

She finally consults a doctor in Monday’s programme - but is left reeling when she is told further tests will be needed.

Panicked, Jean decides to keep the news coming out of her appointment to herself. 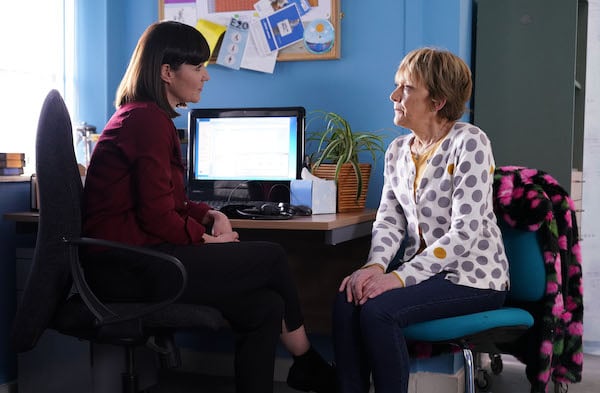 It may not be good news for Jean (Credit: BBC)

After all, the Slater household already has enough on its plate with Hayley set to return from hospital

She even keeps daughter Stacey out of the loop of her health update.

Jean's diagnosis will impact every aspect of her life.

Soap bosses have already revealed Jean will be devastated when she is diagnosed with ovarian cancer.

Jean - played by Gillian Wright - has already been plagued by mental health problems throughout her time in Albert Square. 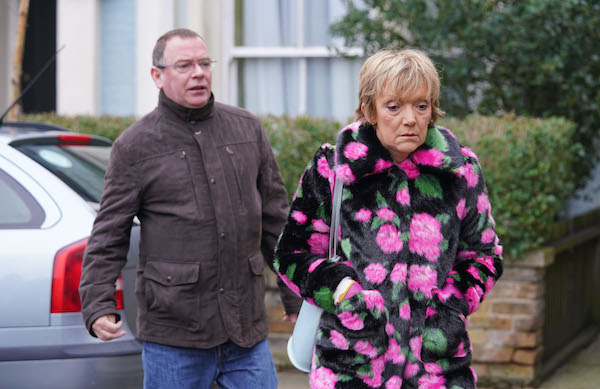 Will Ian support her? (Credit: BBC)

And it is expected that her terrifying diagnosis will see her issues triggered once again.

EastEnders boss Kate Oates said: "Jean's diagnosis will impact every aspect of her life, including her family, her friendship groups and her mental health, and I know an actor of Gillian's calibre will approach the story with great truth and depth."

A spokesperson for Macmillan Cancer Support added: "It's been a privilege to work with EastEnders to ensure the plot and the language used in the scripts are a true reflection of the impact that cancer can have.