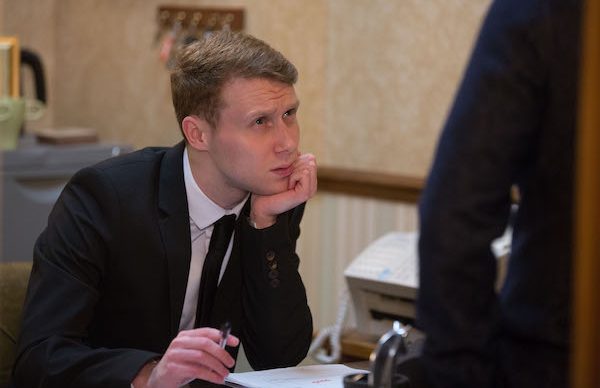 There’s romance in the Walford air in next week’s EastEnders when Jay Brown proposes to Lola Pearce.

Will she say yes? Or is he about to have his heart broken?

Ever since Jay and Lola reunited last year, it seemed that nothing could come between them.

Not only have they proved their love for one another, they also make a great family unit with Lola’s daughter Lexi, and it seemed they were rock solid.

But recently the pair have been distracted from their own happiness as they look out for best friend Ben Mitchell.

He has been through the mill after boyfriend Callum Highway was kidnapped by a vengeful Keanu Taylor.

Since then Ben has also discovered he’s lost his hearing after hitting his head during the 35th anniversary boat disaster on the Thames, and Lola and Jay have been by his side as he struggles to come to terms with his new condition.

But there is a bombshell heading for the pair which could tear them apart.

And in a bid to bring them back together next week, Jay comes up with the idea to ask Lola to marry him.

Jay plans his proposal down to perfection, but as he looks at the ring that he has bought for Lola, Lexi comes in and starts quizzing him about what he’s planning.

Realising his plans could come out, Jay swears Lexi to secrecy and after some encouragement from Billy Mitchell, Jay decides to take the plunge.

As Jay rehearses his proposal with Lexi, Lola walks in and the pair are forced to cover… however when she later comes home to a romantic lunch and Jay down on one knee, she is gobsmacked by the whole thing.

But will Lola say yes?

Or is this proposal going to be the final nail in their relationship’s coffin?

Do you think Lola will say yes? Leave us a comment on our Facebook page @EntertainmentDailyFix and let us know what you think!