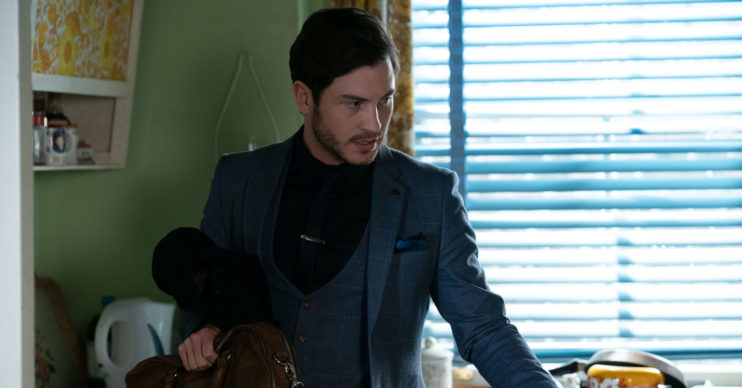 EastEnders SPOILERS: Gray believes Chantelle is having an affair

In upcoming EastEnders, Gray believes Chantelle is having an affair. But has he got things completely mixed up?

Next week, he believes she is having an affair after tracking his car to an unusual location.

Whitney is haunted by the memory of the night Leo was killed. When Gray finds her disorientated out in the streets, he invites her in to discuss the case.

They talk about Whitney’s previous relationships to see if they can be used against her in court. To try and get some answers, Gray goes to Mick and Linda to learn about Whitney’s first marriage to their son Lee.

Linda reveals to the solicitor that Lee hit Whitney.

Later, Chantelle borrows Gray’s car to pick up some computers for Kheerat but it’s clear that Gray isn’t happy about it.

However, what Chantelle doesn’t know is Gray has installed a tracking device on his car. He’s furious when he notices on the journey tracker that she’s visited various locations.

The solicitor is angered even further when he comes across a log in the tracker from the week before that says the car was taken to Stratford.

However this wasn’t down to Chantelle. This is due to Ben taking Gray’s car on a dodgy job for Phil while it was at the garage.

But Gray assumes Chantelle took the car and concludes that she must be having an affair. Later Gray berates Chantelle for lying to him.

Will she be able to prove she isn’t cheating on him?

Later Gray advises Whitney to use her flashbacks to piece together what happened the night Leo was killed as it could help her defence in the trial.

Whitney is distressed but is able to give a detailed account before breaking down in tears.