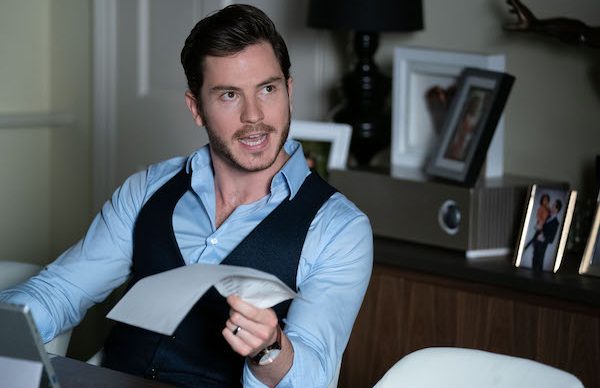 EastEnders SPOILERS: Gray Atkins’ toxic past to be explored

What made him the man he is?

Gray Atkins is one of the most hated men in EastEnders right now, after terrorising his wife Chantelle behind closed doors.

The father of two, soon to be three, has punched the hairdresser repeatedly in disturbing scenes that have left viewers sickened to the core.

To outsiders, the handsome solicitor might look like the model husband, but only Chantelle knows what he is really capable of…

In scenes to air later this year, viewers will discover a little more about the events that have shaped Gray into the monster he has become.

Actor Toby-Alexander Smith, who plays the unhinged character, told Mirror TV about the dark times ahead for Chantelle and Gray – and revealed his ‘toxic past’ will be explored.

Read more: EastEnders viewers devastated as Mariam Ahmed says she wants to go back to Pakistan

Understandably, the soap star admitted he finds it hard to relate to his character and suggested that things will get much darker.

He said: “It’s very difficult for me to identify with the character, but I have to find ways of doing that and finding that humanity in Gray because he is very layered.

“He isn’t just that monster, there is a reason the way he is and it stems from a lot of toxic influence we will go on to explore.”

He continued: “It’s very much the Jekyll and Hyde kind of role which is great to play because of that juxtaposition of good and bad.”

Speaking about his uncontrollable anger, Toby-Alexander said: “It basically stems from a power and control thing. He’s so in control of everything in his life and he’s a very aspirational man, he’s got everything in place.

“The minute something slips off kilter, that’s what gets him. He panics. There’s a very insecure side to Gray and it’s a fear of losing the things he needs around him.”

Gray has exploded with rage all too often since arriving in Walford, struggling with his wife’s closeness to her family…

After discovering she’s expecting their third child, Gray has promised not to hit her – and is instead trying to take his anger out on household objects.

The character has also promised his wife he is attending therapy sessions, but viewers aren’t convinced he’s telling the truth.

While some soap fans have called for Gray to be killed off, soap boss Kate Oates recently told fans that he could be redeemable.

She told The Sun: “Characters can change and they can be redeemed, but I believe in those kind of dynamics that ultimately the victim, in this case, Chantelle, their first job is to look after themselves and if Gray could be redeemed later then that’s up to him.”

Do you think Gray is redeemable? Leave us a comment on our Facebook page @EntertainmentDailyFix and let us know what you think!