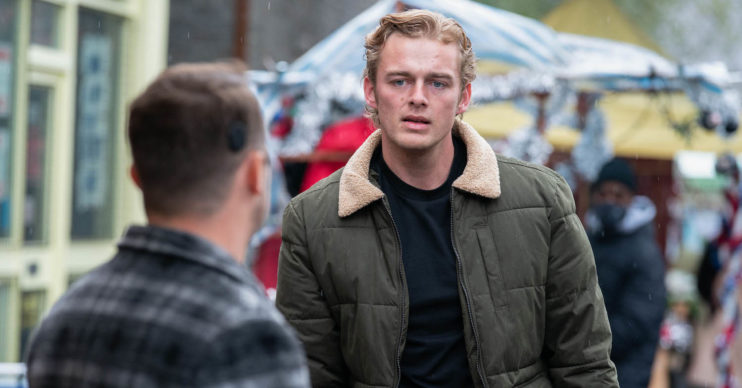 Kathy and Peter come to blows over Bobby's OCD

EastEnders will see Ben Mitchell left furious next week as he catches nephew Peter Beale lashing out at mum Kathy.

Bad boy Ben will rage at Peter as he comes across him shouting at Kathy in the street.

New spoiler pictures show the moment Kathy and Peter come to blows over Bobby’s OCD – and how Peter kept it a secret.

As Kathy demands to know why, Peter lashes out at his entire family.

And sadly for him, Ben overhears the entire thing and is spitting fury.

It will no doubt spark more theories about Peter being the one behind dad Ian’s attack.

Friday (December 11) night’s episode revealed more of Peter’s motive when he confirmed he and Kheerat Panesar worked out a deal to give each of them an alibi.

The reveal about who really attacked Ian won’t happen until Christmas Day.

Who attacked Ian Beale in EastEnders?

The soap confirmed eight suspects in Ian’s attack after he was left unconscious on the floor.

Tina Carter was seen washing blood off her hands and face after a violent row with Ian.

Rainie Highway rushed through Walford on a mission. Ian had ruined her chances of being a mother again.

Her husband Stuart, meanwhile, burned something at the allotments.

And Ian’s brother Ben left the pub where the attack happened.

Peter Beale, still furious at his dad, could be seen nursing his own wounds looking bloodied and bruised.

However, his brother Bobby looked to be suffering from a mental health episode in an alleyway after Peter tried to convince him to kill Ian.

Max Branning, meanwhile, looked like he had taken revenge on Ian for his blackmail attempts.

And Suki Panesar rounded out the suspects but looked a lot less suspicious than the rest.

She sat at a bar in front of the CCTV – looking like she was setting up her own alibi for Ian’s attack.

Who do you think did it?