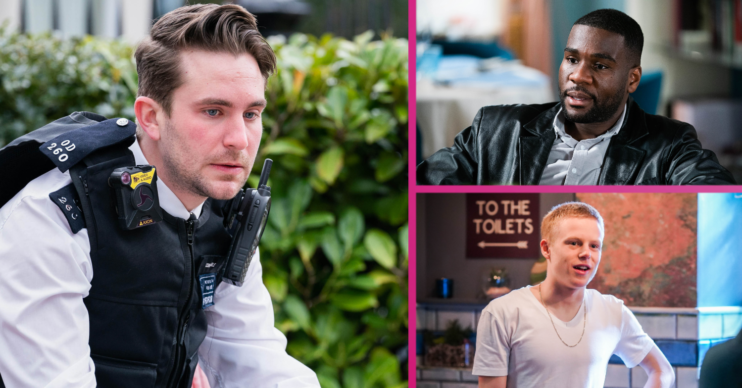 Callum is involved in a horrifying incident

EastEnders spoilers for next week reveal Callum’s colleague is stabbed. 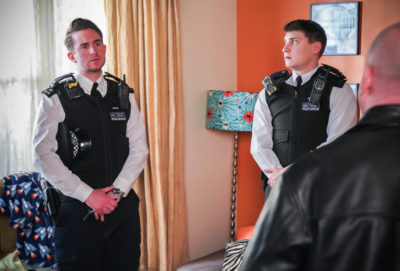 After asking Callum to quit his job, Callum tells Ben he’ll think about it, but he’s torn.

Later Phil sees two policemen at the the Slaters and assumes the worst about Callum.

Kat tells him she was mugged but he was to busy and orders him to leave.

Later Phil apologises and tells Kat he’s seen the laundrette is up for lease and wants them to run it together. 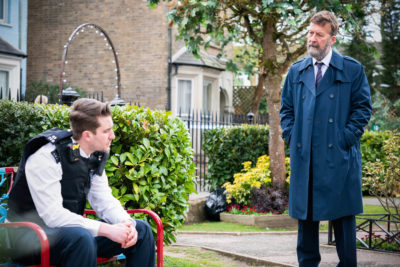 Later Callum and Fitzy spot the mugger Kat described. They chase him but the mugger stabs Fitzy.

Fitzy gives Callum the ring he was planning to propose with as Callum calls for back up.

Later DCI Arthur checks on Callum, but he blames himself. 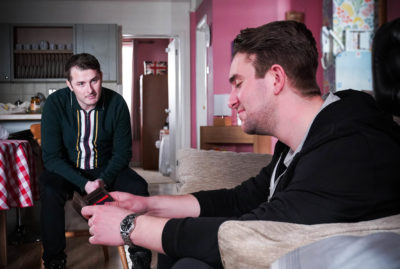 When Callum is distant during their anniversary celebrations, Ben assumes Callum is upset about being asked to quit his job.

Ben admits he was wrong, but says Callum needs some distance from his police life.

Callum he feels he can’t talk about Fitzy, panics and leaves.

Later when Whitney and Kat ask Callum about the stabbing, he clams up and Whitney realises something is wrong.

3. Violet gets on Rainie’s bad side 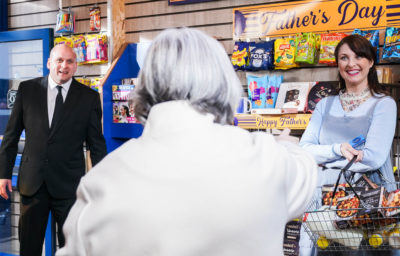 Read more: What is FGM as EastEnders starts a new storyline for Mila?

Stuart wants to tell Violet about the surrogacy plans but Rainie refuses.

Vi’s constant digs at Rainie continue and Rainie pleads with him to get her out.

Violet is surprised to learn about Rainie’s chequered past.

Before Stuart can ask her to move out, Violet spots Honey and gets an idea. 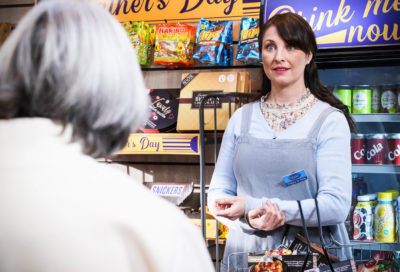 Vi interrogates Honey and Stuart is appalled to realise his grandmother is trying to set him up with Honey.

Honey mentions Jay and Violet insults them before Stuart can usher her out.

Stuart is upset at Violet’s actions and admits Bernie is going to be her surrogate.

When Rainie arrives, Violet says she’s going to stick around to get to know her better. 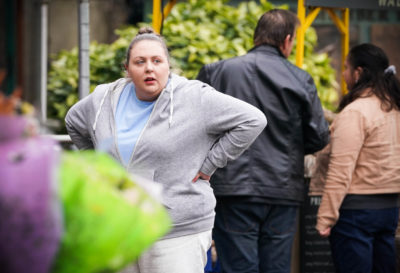 Stuart admits to Rainie that Violet knows about Bernie.

They spot Bernie struggling on a jog and Bernie feels pressure when Karen insists she have a fry up.

Rainie arranges to meet with another potential surrogate and Karen is worried about Bernie’s dieting. 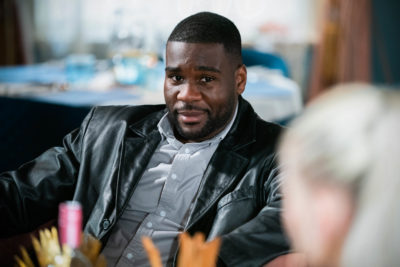 In the café, Martin asks Lily to move back in but she’s happy with Jean.

Ruby overhears Lola on the phone to Lexi and asks her for advice on how to handle her stepdaughter.

Meanwhile Isaac snaps at Lola and is distracted but she puts it down to him worrying about his students. 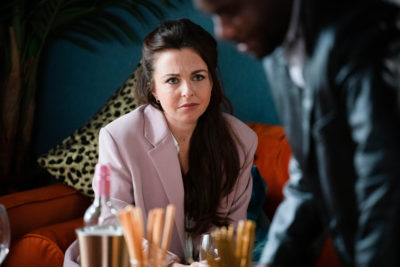 It’s agreed that Lily will stay at Jean’s once a week and Ruby thanks Lola for her advice.

After Isaac blurts out another suggestion he uses at school, Ruby is appreciative and invites them over for a drink.

Lola muses they may need to pull a rabbit out of a hat to help Arthur and Isaac makes a call. 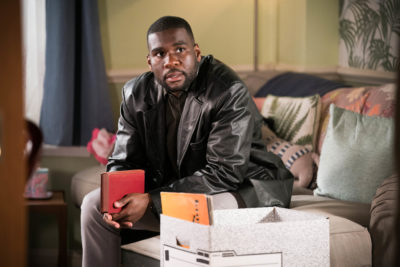 At Ruby’s house, Isaac shows up late with a surprise which leaves everyone flabbergasted.

As he explains, he senses the awkward atmosphere and Lola worries about the erratic gesture.

Later Lola sits in on Isaac’s visit with his nurse and worries when he lies to Rafe that he’s keeping up with his meds and routine.

Isaac promises her he feels great, but is Lola right to be worried?

5. Iqra drops Bobby in it 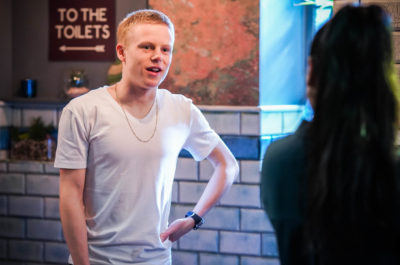 When Bobby asks Kathy for the afternoon off work to see Dana, Kathy takes the day off instead,

Dana arrives at the restaurant looking for ‘Robert’ and Iqra drops Bobby in it, suggesting he cook them dinner.

Dana is impressed with the meal. But Bobby panics when she suggests they go back to his.