EastEnders spoilers in pictures for next week see Linda doing some digging into Frankie’s past, while Ben plans to propose to Callum.

Elsewhere, Lucas moves onto the Square… but is Denise in danger? 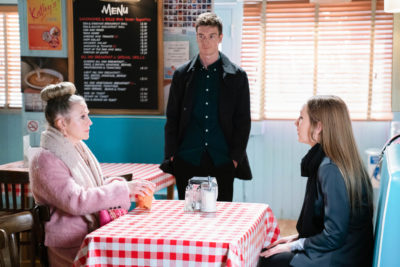 Frankie tells Linda it’s the anniversary of her brother Harry’s death and introduces her to Jed, Harry’s brother.

Jed explains Harry’s dad never had anything to do with him and alarm bells ring for Linda. 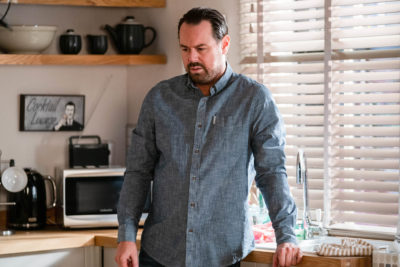 Linda finds the right time to break the news to Mick about meeting Jed.

Mick’s sickened when he discovers Will Mitchell is the same age as he was when Katy abused him.

The shocking realisation spurs Mick to make a huge decision. 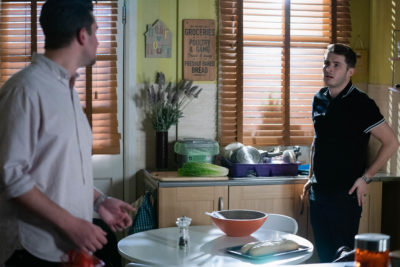 Lexi is unwell at school and Ben asks Callum to go and collect her.

Callum is embarrassed when he’s told he can’t take Lexi because he’s not on the approved list.

Lola won’t add Callum to the list until he’s family so Ben jokes about popping to a registry office to make things official.

Lola and Lexi give Ben advice on how to ask Callum to marry him properly.

Soon Ben has a proposal plan in place and he’s beyond excited. 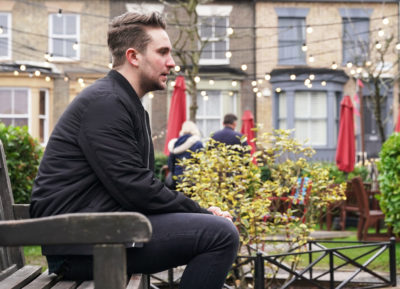 But while Ben’s feeling romantic, Callum’s worrying about his recent drama with the Mitchells.

Will Ben and Callum get their happy ever after?

3. Lucas moves onto the Square 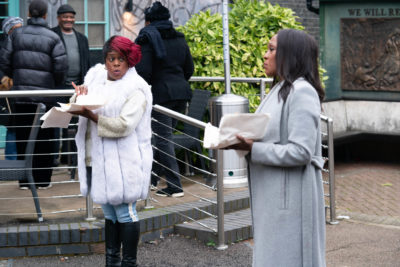 Denise tells Kim she’s proud of how Chelsea has made a success of her career.

However, Denise admits that she doesn’t understand what Chelsea’s job actually is. 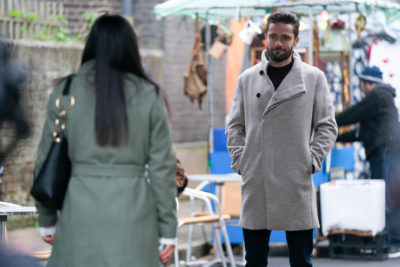 Chelsea’s shocked to see Caleb and he warns her of the consequences if their plan goes wrong.

Chelsea finds her dad in the Square and she begs Denise to let Lucas live with her. 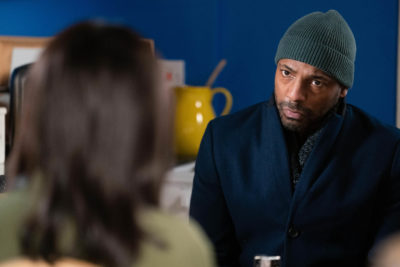 He promises he poses no threat to them – but is he being honest?

Jack invites Lucas to live in one of his flats, and Denise agrees if it means Chelsea will be safe.

4. Gray makes a move on Whitney 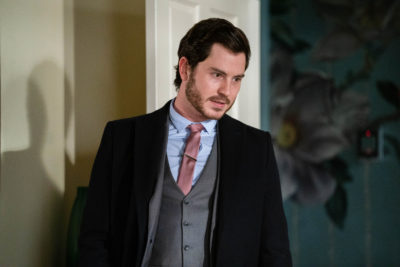 Gray’s jealous when he sees Whitney and Kush playfully winding each other up.

He gets an idea and asks Whitney to look after his kids, leaving Karen upset.

Gray suggests they have a movie night with the kids to celebrate, but Whitney has a date.

He manipulates Whitney into cancelling the date and spending the evening with him instead. 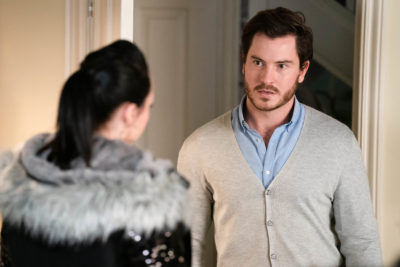 Whitney ends up sleeping on the sofa and Gray is happy his plan is going well.

Gray tells Whitney they’ve got something good and she should move in.

Whitney points out he’s still grieving for Chantelle, but will Gray get what he wants? 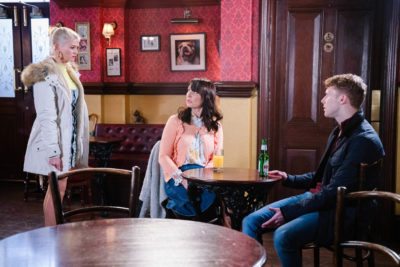 Lola sees Honey and Jay together and warns them against hurting Billy.

They decide to come clean to Billy, so Honey corners him for a chat.

But Billy gets the wrong idea and thinks Honey wants to get back together.

Billy’s devastated when he realises Jay and Honey are a couple. Will he ever give them his blessing?