EastEnders spoilers in pictures for next week see the hunt for Ian continue… and soon Max’s detective skills uncover some shocking truths.

Elsewhere, Denise and Lucas vanish into thin air and a police search begins. Is Lucas up to his old tricks again? 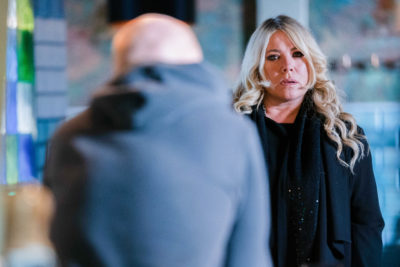 The hunt for Ian continues and, when Max sees Bobby speaking to the police, he’s suspicious.

He asks Bobby if there is any news on Ian, but no one has seen him.

Max is soon on a mission to uncover the truth – but what will he find? 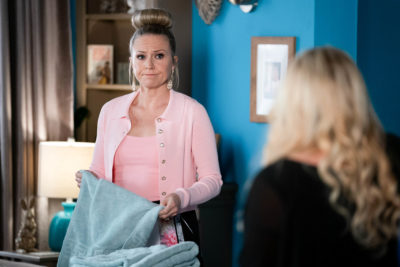 Sharon panics when Linda reveals Max is close to working out who attacked Ian before Christmas. 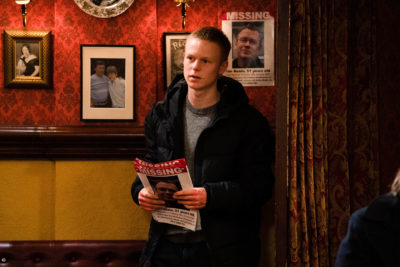 At The Vic Bobby and Kathy arrive with missing posters, hoping to jog people’s memories.

Kathy and Sharon have a stand off, and soon Max makes a shock announcement. 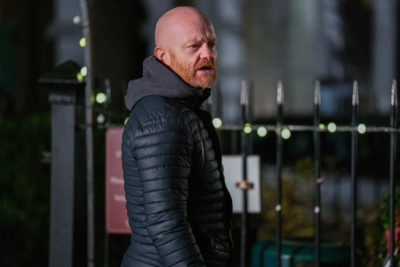 In front of a packed pub, Max tells everyone that Sharon was behind Ian’s attack.

He also reveals that Tina is innocent… but will anyone believe him? Mick persuades Linda to find out what Max knows about the night Ian was attacked.

He is hoping Max might have concrete proof that Tina is innocent.

Linda’s shocked when Max reveals exactly what he knows. 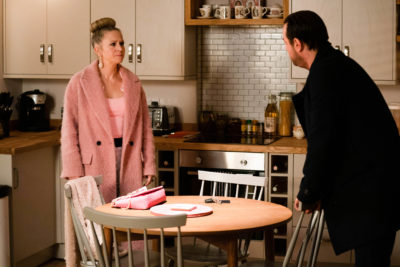 Linda relays the news to Mick, but still nothing makes sense about Tina’s disappearance.

Mick gets worked up, worried about what has happened to Tina.

Will they work out Gray’s involvement? 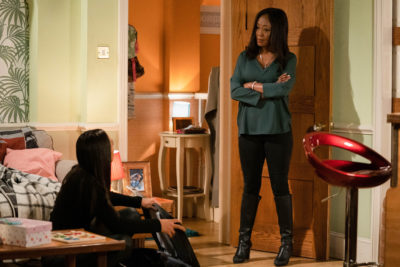 Chelsea mentions her holiday to Denise, leaving her suspicious.

But Chelsea’s plan for Lucas starts to crumble when he refuses to go away with her. 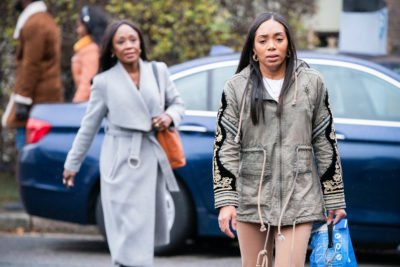 Denise rants at Lucas and soon all his anger builds up and he suddenly snaps. 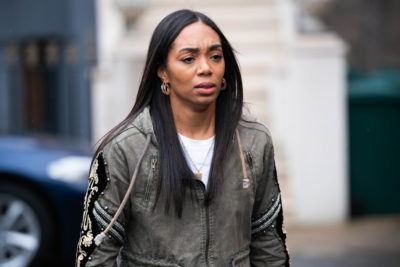 Later Jack and Chelsea are looking for Denise, and Vinny mentions seeing blood at Lucas’s flat.

They rush over to find the flat in a state and Denise and Lucas both missing.

The police search for Denise, but is Lucas up to his old tricks?

Read more: What happened to Mick and Linda Carter’s kids in EastEnders? 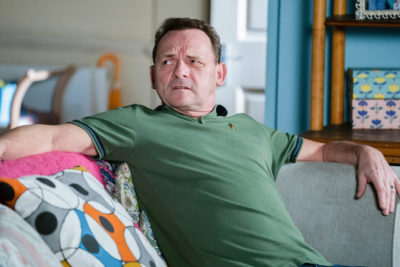 Still hurting over Honey and Jay, Billy tells Lola he is determined to get a new job.

But when his trial shift at the call centre doesn’t go to plan, desperation kicks in.

Billy asks Vinny about dealing drugs and, despite being surprised, Vinny agrees to help.

Is Billy about to land himself in a whole world of trouble?