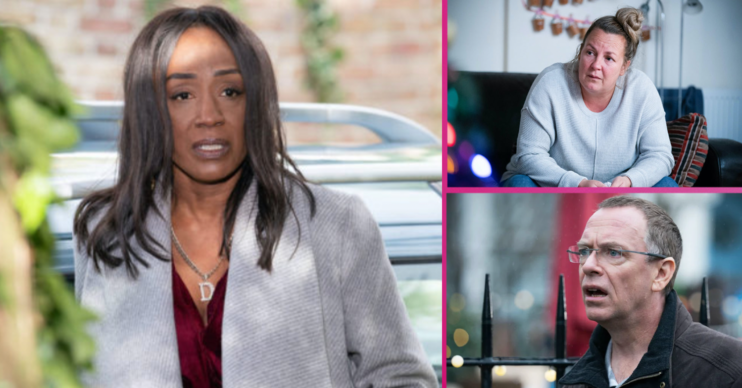 Will Ian's attacker return to finish the job?

EastEnders spoilers for the Christmas episodes see Ian scared for his life as he is the target of another vicious attack.

All this and more in EastEnders Christmas spoilers. 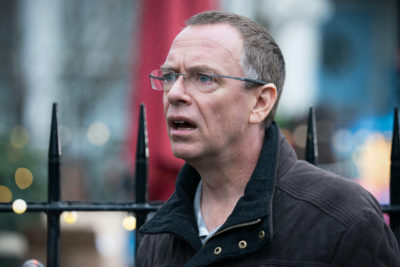 With his attacker still at large, Ian is living in fear for his life.

When a loud bang goes off in The Vic, Kathy and Sharon rush to his aid, fearing the worst.

They find Ian cowering under a table, petrified.

The police reveal they’ve taken Tina in for questioning, but Ian’s relief is short-lived when he is the target of another vicious attack in his own home. 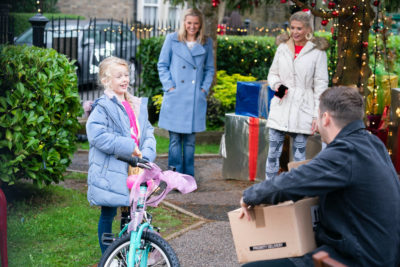 As Lexi opens her presents on Christmas Day, Ian marches over and interrupts the moment.

He accuses Ben of trying to kill him.

Soon the police arrive and make an arrest… but who do they take back to the station with them? 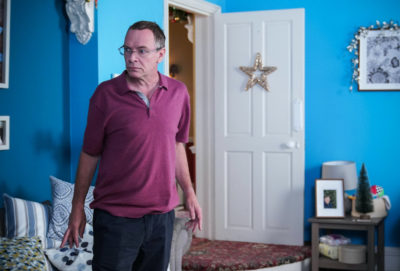 By the end of Christmas Day, Ian is a man on the edge.

He becomes convinced someone is hiding in The Vic, watching his every move.

Soon one Walford resident makes a lethal move… will this be Ian’s last Christmas? 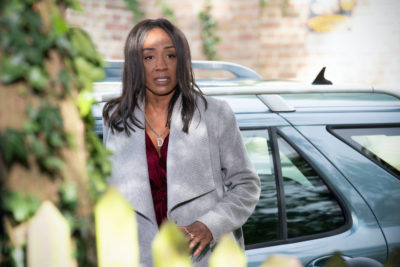 Christmas Day is far from merry for Denise when she comes face-to-face with her killer ex, Lucas.

But what’s even more shocking, is he has Denise’s daughter, Chelsea, with him.

Denise warns Chelsea away from Lucas, but will she listen?

Soon they realise Patrick has gone… little do they know he’s tracking down Lucas. 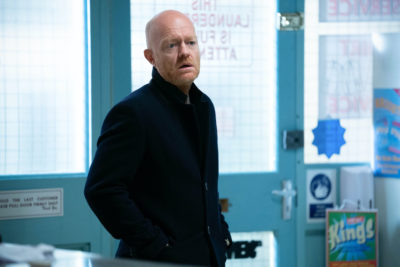 Linda is stunned when Max reveals he needs to flee Walford.

He asks her to move to New Zealand with him. But will she go? 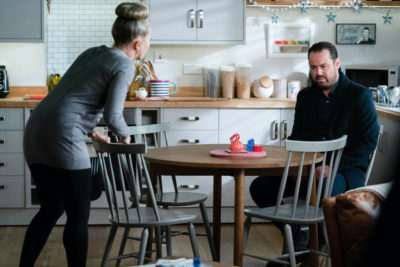 With Max’s offer on her mind, Linda tries to tell Mick how she is feeling.

But she is heartbroken when Mick doesn’t even respond.

Linda wants Mick to fight for her, and she ups the ante by threatening to drink a bottle of whisky. 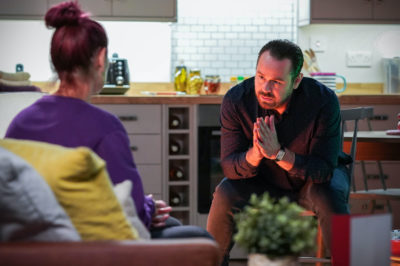 It’s only when Tina tells Mick she is in big trouble that Mick finally snaps out of his trance.

He jumps into action, determined to help his sister, but has he just pushed Linda further into Max’s arms? 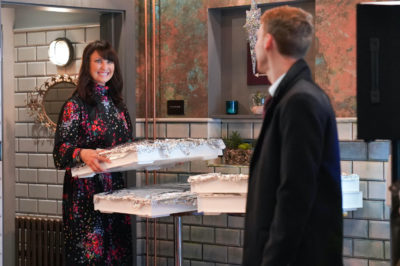 Honey is stressed ahead of her community event and almost calls it off when the fridge breaks.

Jay saves the day by hiring a team of caterers and they’re thrilled when the event runs smoothly.

Caught in the moment, the pair share a kiss – just as Billy walks in and catches them. 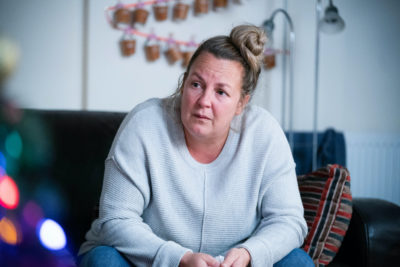 Karen is heartbroken when Gray tells her he wants the kids at Christmas.

Distraught at the thought of facing her first Christmas without Chantelle, Karen is on the edge.

Soon she makes a huge decision that will shock everyone. 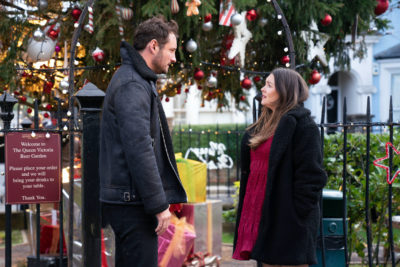 Stacey’s shocked when she opens her present from Martin and sees what he’s got her.

Meanwhile, Ruby is at home, having organised the perfect Christmas for Martin, but he is nowhere to be seen.

Martin’s over at the Slaters having fun when a fuming Ruby arrives.

Later they all go to the pub… but once alone, Stacey takes a chance and kisses Martin.

How will he respond?