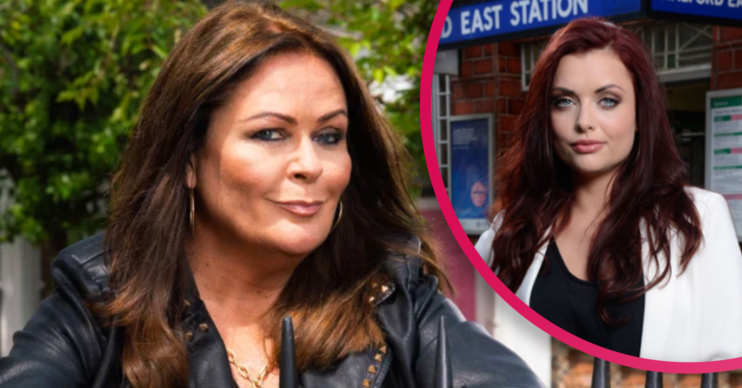 She's the 'perfect fit' for the role

The I’m A Celebrity star’s showbiz legend mum will play an old pal of Brian Conley’s character Rocky in a shock new storyline for Whitney Dean.

Jen is set to mastermind the burgeoning pop career of Shona McGarty’s Whitney.

Described as “no-nonsense” Jen is sure to make an impact in the Square.

A source told the Sun on Sunday: “Everyone was very excited to get Kate on board for this part, because they felt she was the perfect fit.

“Not only is she a great actress, but she has plenty of experience of the music industry too. And they weren’t disappointed – she did a brilliant job.”

Speaking about her role in EastEnders, Kate said: “I am so excited to be joining the show as Jen. We had a ball filming the scenes. Working with the team was a dream.”

Who is EastEnders newcomer Kate Robbins?

Kate has bone fide musical experience too to draw from in her new role.

She found fame in 1980 as part of group Prima Donna.

They represented the United Kingdom at the Eurovision Song Contest and came third.

The actress is no stranger to soapland either, having acted in Crossroads.

Kate also headlined her own show with famous brother Ted Robbins – The Ted and Kate Show.

She even landed her own sketch show and later appeared in Dinnerladies from Victoria Wood.

The actress also worked as a voice over artist on Spitting Image, but despite her success she’s not the most famous member of the family.

That honour goes to Sir Paul McCartney – her cousin.