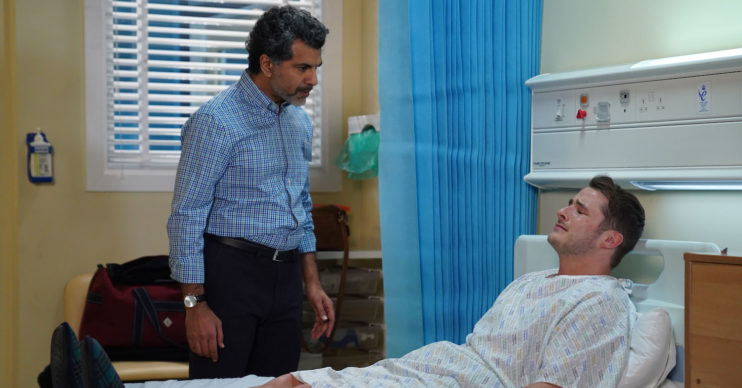 The operation could help Ben regain his hearing

In next week’s EastEnders, doctors refuse to operate on Ben, leaving him gutted.

During the boat crash, which happened on the soap’s 35th anniversary, Ben suffered a head injury. The accident further damaged his hearing leaving him nearly deaf and needing an operation.

Next week he prepares to have his op. Callum returns to the hospital to support his boyfriend but both he and Kathy are concerned that Ben is feeling unwell.

As Kathy tries to support her son, they’re distracted when they hear a woman named Frankie arguing with a doctor, giving Ben further concerns about his future.

Ben begins to prepare for his operation but plans are put on hold when a doctor refuses to proceed while Ben is unwell. Ben is gutted. Will he be able to have his operation soon?

Meanwhile, Linda is taken aback that Phil is more interested in buying The Vic than Ben’s operation. But Phil’s mood soon changes when he learns from Kathy that the operation had to be rescheduled.

With both Ben and Phil brooding, Kathy begins to become suspicious that something is going on.

After hearing about the operation cancellation, Phil is torn whether to let Ben help with the job.

When Kathy shares her concerns about their son, Phil is quick to play down the situation.

Phil later calls Sharon to have a catch up. After he hangs up he notices graffiti on Dennis’s memorial bench. But as he goes to fix it. Danny turns up. What does he want?

Meanwhile, Callum catches Frankie shoplifting. But when he realises she’s deaf, he asks her to help speak to Ben. But Ben is less than impressed with the idea.

Will he accept Callum and Frankie’s help?