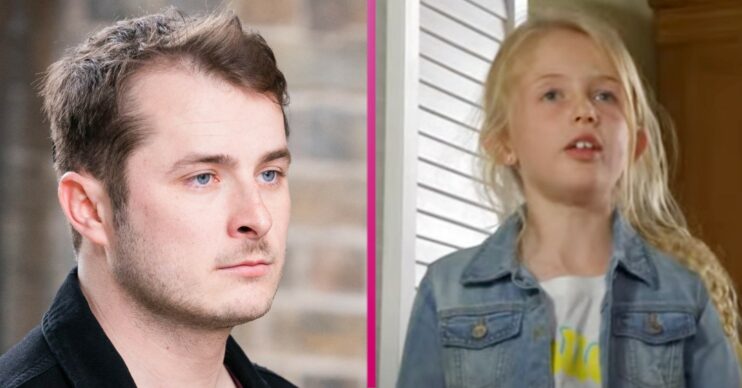 EastEnders spoilers for next week reveal Ben snaps after Lexi makes a horrifying discovery in a lost property box.

Ben returns home with Jay. But when Peter brings over a box of lost property, Ben’s daughter Lexi finds something that leaves Ben shaken.

Last month Ben was raped by Lewis Butler in The Prince Albert.

Before the attack Ben had grown close to Lewis. After an argument with husband Callum, Ben went to meet Lewis.

The two went upstairs, but when Ben made it clear he didn’t want to have sex with Lewis, he forced himself on him.

After the attack Ben didn’t tell anyone what really happened. Callum believed Ben had consensual sex with Lewis and decided to end their marriage.

Eventually Ben told his mum Kathy that he was raped and she fired Lewis from his job in her bar.

However it becomes clear that Ben is still struggling with what happened.

In next week’s scenes it doesn’t take long for Kathy to realise that Ben is struggling after he and Jay return home.

Ben reluctantly agrees to take his daughter Lexi to a Pride fair, but as they’re getting ready Peter drops off a box of lost property.

Lexi digs around in the box and pulls out the shirt Lewis was wearing on the night of the attack.

When Ben sees she’s pulled out Lewi’s shirt, he locks himself in the bathroom leaving Lexi distraught.

It’s not long before Kathy arrives and snaps at Peter for his nonchalant attitude towards what’s happening.

She orders him to take Lexi home. Will Kathy be able to help Ben?