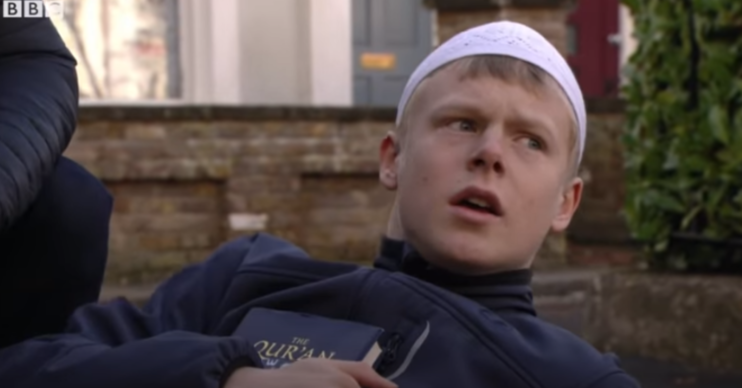 Bobby recently had an operation on his brain

In next week’s EastEnders, Bobby ends up collapsing at a club night. But what has caused his sudden health decline?

Over the last few weeks, it’s become clear Bobby has feelings for Arches mechanic Dotty Cotton. However he has no idea she’s been blackmailing his dad Ian, who was responsible for locking Dennis in a room on the boat before it crashed.

But it looks like things are about to get more complicated when Bobby’s brother Peter steps into the equation.

As Dotty and Peter start to get close, Bobby’s health takes a bad turn…

Dotty feels the pressure to earn some cash. As she promotes a club night at Ruby’s with Vinny, she harshly rejects Ian’s offer for cash.

Needing more money, she turns to Phil for a pay rise but he refuses.

Focusing on the event, Dotty finds herself flirting with Peter and invites him to the club night. But Bobby is gutted he’s not old enough to go.

Kathy encourages Bobby to spend time with Dotty, but Ian is not keen on the idea.

Later, Bobby plots to get into the club event, but Peter quickly cottons onto his plan. When he learns Bobby has a crush on Dotty, Peter is quick to knock his confidence.

At the event, Bobby tries to buy laughing gas from Dotty but she refuses to sell to him. He takes another hit when he goes to buy Dotty a drink but finds his big brother got there first.

As Peter and Dotty go to kiss, they’re distracted as Bobby collapses, falling to the floor.

Peter, Dotty and Lola all rush to Bobby’s aid. But what caused him to collapse?

Did he take something?

Have you been watching EastEnders? Leave us a comment on our Facebook page @EntertainmentDailyFix and let us know what you think of this story.