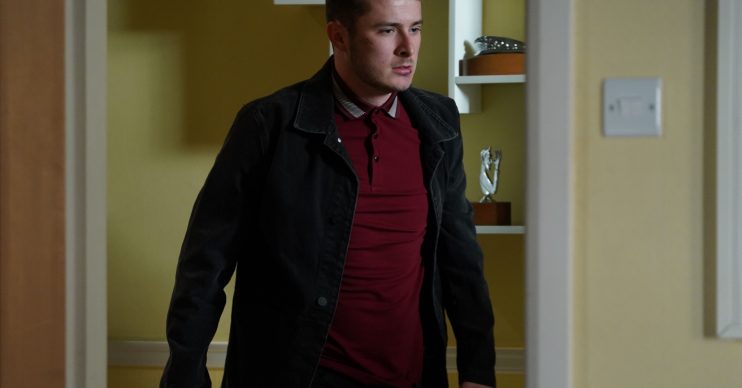 EastEnders SPOILERS: Ben horrified as dad Phil hands himself in to police

Will Ben stop Phil from confessing?

Ben Mitchell is going to be horrified when he discovers his dad Phil is back in Walford in EastEnders – and about to hand himself in to police.

The gangster will be told the shocking news by returning Michell family lawyer Ritchie Scott.

Confessions, threats and the end of an era? Don’t miss a moment of #EastEnders. Next week. Monday & Tuesday. pic.twitter.com/841BRLGTgA

Phil returned to Walford this week for Dennis’ funeral but he didn’t make contact with his son Ben and he still has no idea about Ben’s loss of hearing.

“Phil is at the police station right now,” Ritchie tells Ben in a new trailer of next week’s episodes.

“Your dad is holding his hands up for the boat crash.”

Ben can’t believe what Ritchie is saying but will Phil go through with his plan and take responsibility for the boat crash and Dennis’ death.

WHEN DOES EASTENDERS AIR?

The BBC has taken to releasing trailers each week after slashing the weekly episodes to just two following the production shut down.

All of the soaps have shut down filming. They have also cut the number of episodes broadcast each week to accommodate the changes.

As a result timelines will be out of date and things such as Easter will not be celebrated on screen at the correct time.

They also immediately reduced the number of episodes they were broadcasting each week to two. The soap now airs on Mondays at 8pm and Tuesdays at 7.30pm.

They have also reduced their episode output. Both soaps will screen on Mondays, Wednesdays and Fridays, Emmerdale at 7pm and Coronation Street at 7.30pm.

Hollyoaks cut down to three episodes a week originally. However, as of Monday April 6 they will only screen on Mondays and Tuesdays at 6.30pm on Channel 4 and 7pm on E4.