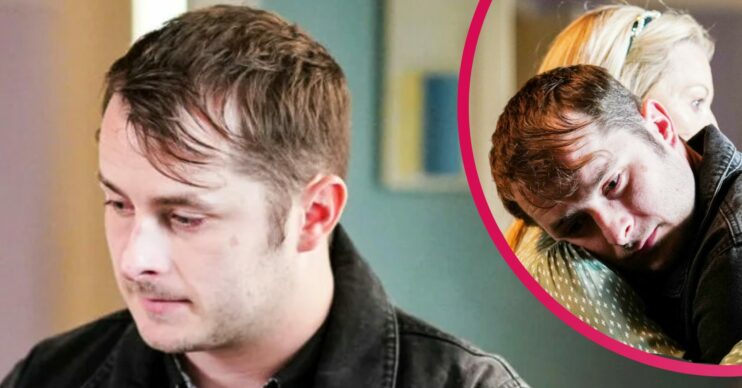 Will he report Lewis for the attack?

EastEnders spoilers for next week reveal Kathy finally finds out the truth about Ben‘s assault, but can she persuade him to go to the police?

Can she help her son?

Ben is really struggling as the week begins.

He can’t face working at the Arches and also reveals Lewis gave him an STI. When Ben’s rude to Lola and Kheerat spots his medication, Ben’s business partner is worried and tries to talk to him.

Ben doesn’t want to know and ends up getting into a row with Kathy after he is rude to Rocky.

When Ben then discovers Kheerat has hired another mechanic to cover, Ben is fuming. Dave’s over-familiar nature makes him feel uncomfortable and it’s not long before Ben is insisting Dave leaves.

It’s all too much and Ben breaks down.

After spending the night in the Arches, Ben is in a stage. Kheerat suggests he needs to take some time off.

Meanwhile, Kathy has finally cottoned on to the fact something isn’t right. When Kheerat confides his concerns about Ben too, she realises she has to get to the bottom of it.

Tensions grow and frustrated Kathy puts the blame on Ben for cheating on Callum. Ben can’t contain his pain any longer and things become all too much…

The penny finally drops for Kathy and she realises Lewis raped Ben.

Kathy reels and her heart breaks for her son.

Desperate to support him, Kathy’s thrown when Ben rushes out.

When he returns they talk and she does all she can to offer comfort.

Kathy encourages Ben to go to the police, but he refuses. Can she help him see he must report Lewis?