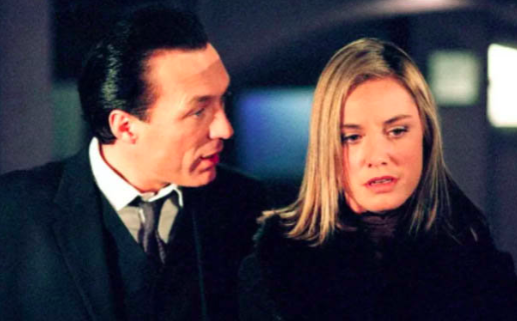 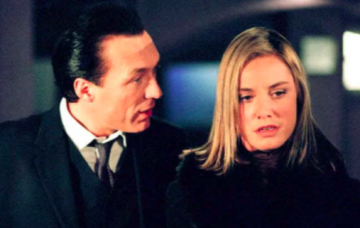 He was thought to have died 15 years ago

EastEnders may have confirmed the return of Steve Owen to Walford with its latest trailer.

The classic villain appears to be making a shock return to Walford 15 years after her died in a car explosion.

In a new spoiler trailer on the soap’s Twitter account Hunter Owen can be heard dropping a huge hint Steve is back.

He can be heard screaming for his “dad” in the dramatic video that sees Mel take on evil fiancee Ray Kelly.

It is the clearest hint yet Steve escaped the car and fled Walford to stay hidden until now.

Viewers watched 15 years ago as Steve tried to kidnap Louise Mitchell in a revenge plan against Phil Mitchell that went disastrously wrong.

He ended up trapped in a crashed car with the tiny tot as Phil battled to save his daughter.

At the last moment Steve gave Phil Louise but remained trapped in the car that was about to explode.

Fans were horrified when the car exploded and it seemed like Steve had been burned alive in the wreck.

But fans have always speculated how Steve could have survived and they weren’t alone.

Actress Tamzin Outhwaite previously teased how Steve could have survived the explosion so the couple could reunite with their son Hunter.

“I’d love my ex-husband to return but he’s dead,” she told The Sun last year.

“I do think he could have got out in that three seconds and rolled underneath the car.”

So there you have it – Steve could be alive! And he could return to save Mel and Hunter from Ray.

Do you think Steve should make a comeback? Leave us a comment on our Facebook page @EntertainmentDailyFix and let us know what you think!