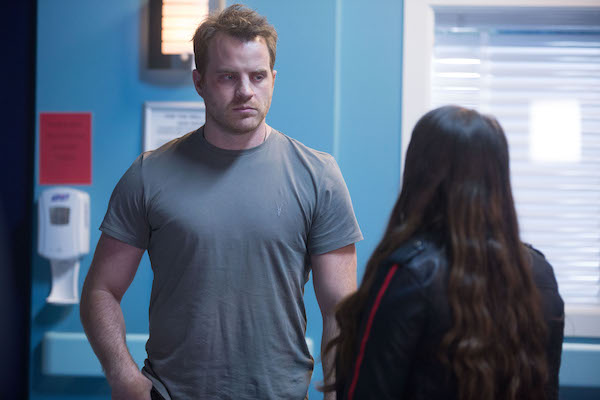 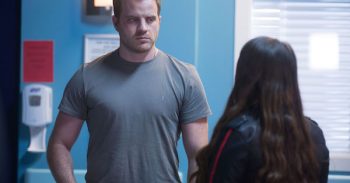 Sean doesn't yet know his ex wife has died

There won’t be a happy reunion for the Slaters next week when Sean comes face to face with his sister Stacey in EastEnders.

Rob Kazinsky has revealed Sean will be furious with her for keeping his former wife Roxy Mitchell’s death from him for years.

EastEnders fans will know that Roxy and Sean tied the knot back in 2008, but after a confrontation with Jack next week, it soon becomes clear that Sean has no idea his ex wife is dead.

And Jack is the one who has to break the news to Sean because his own flesh and blood didn’t tell him.

Rob told Metro.co.uk: “Kate Oates asked who he was going to see when he gets back to the Square.

“I thought he’d want to see Roxy – does he know that she’s dead? We talked about that for a long time – we both felt that if he’d known, he’d have come back already.

“So that led to a very interesting story of why doesn’t he know and why hasn’t Stacey told him?”

But it won’t be an easy conversation for Jack to have, especially after he discovers Sean took his daughter Amy from school and told her he was sent by her mother.

The tension over Amy that Jack and Sean shared ten years ago is still going strong when they come face-to-face next week.

But when Jack works out that Sean is in the dark about the tragic demise of the Mitchell sisters, he takes Sean to Roxy’s grave and breaks the news.

After explaining to Sean about how the sisters drowned on his wedding day to Ronnie, Jack doesn’t hold back and gives Sean some seriously close to the bone home truths.

Jack reveals that he blames Roxy for Ronnie’s death and will always hold her responsible.

But hearing Jack badmouthing Roxy reignites old feelings in Sean and it isn’t long before the pair are fighting in the graveyard.

And there will be more drama to come when Sean faces Stacey and demands to know why she kept Roxy’s death from him.

Are you looking forward to Sean’s proper return? Leave us a comment on our Facebook page @EntertainmentDailyFix and let us know what you think!