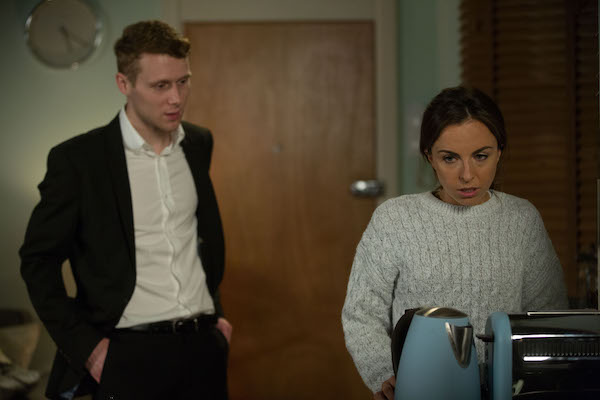 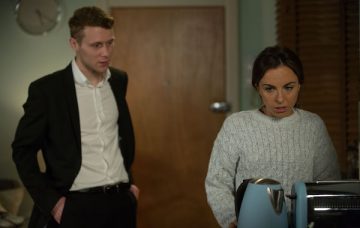 EastEnders SPOILER: Ruby to embark on new romance with Jay?

Will Ruby get her happy ending?

Ruby Allen is about to learn who her friends are, when her rape becomes public knowledge in Walford.

While some residents of Albert Square will be divided about where they stand on the issue of consent, Ruby finds she has an unlikely ally in Jay Brown.

And fans have good reason to hope that Ruby might find a man she can trust again in the aftermath of her disgusting sexual assault.

Could Ruby and Jay even embark on a relationship?

EastEnders will kick off a new romance storyline next week as Jay asks Ruby out on a date.

After taking a shine to Ruby, Jay decides to act upon it – totally unaware of what she has been going through.

And he couldn’t have chosen a worse time to ask her out, as she’s having a terrible week.

She should be happy that Ross and Matt have both been charged over the assault, but she’s left gutted when a report about the rape is printed in the Walford Gazette.

Worse still, ignorant readers have posted some horrible online comments about her.

Which is precisely when Jay chooses his moment to ask her on a date!

But what will she say?

In an interview printed in the Radio Times, actress Louisa Lytton reveals that there IS a spark between her character Ruby and Jay.

She says: “It starts off as a nice friendship and I guess he’s a safe place for her. He’s very soft and tentative and is a lovely guy. It becomes a bit ‘will they/won’t they’.

“Initially, she doesn’t want to go near anybody. Men are the last thing she wants. But at the same time, she kind of needs the comfort of a man in a different way, because she doesn’t have a father figure. So that’s how it starts; Ruby just needs a friend!”

However, Louisa admits there could be a major fly in the ointment…

She says: “Jamie Borthwick is brilliant and like my little brother, we get on well. However, the fact Jay is on the sex offenders register hasn’t come up yet…

Viewers know that Jay is on the Sex Offender Register because of an incident two years ago.

In 2016, he met a girl called Linzi Bragg and the pair’s flirting carried on through explicit sexting.

However, Jay then discovered she was a schoolgirl and only 14 – but it was too late and the girl’s mum alerted the police.

Jay pleaded guilty to sexual activity with a child and was sentenced to 150 hours of community service and put on the Sex Offender Register for five years.

Do you think Ruby and Jay would make a good coupling? Leave us a comment on our Facebook page @EntertainmentDailyFix and let us know what you think!