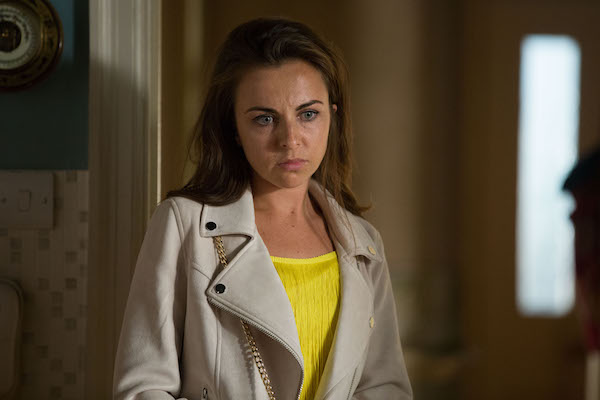 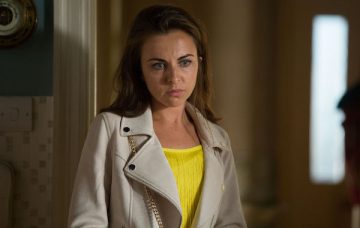 EastEnders kicks off its controversial rape storyline involving Ruby Allen next week when she joins her friend Stacey and her husband Martin Fowler on a night out.

It’s actually Martin’s school reunion and he’s is reluctant to go and pleads with Stacey to join him.

She agrees and asks Ruby to tag along too, to keep her company.

The three of them meet up with some of Martin’s old friends in the E20 – Ross, Matt and Glenn – and as the drinks start flowing, a great time is had by all.

Stacey and Martin decide to call it a night pretty early – that’s what having three young kids does to you – and they leave Ruby parting with the boys.

The next morning, Martin heads off to meet the lads for the breakfast they arranged the night before and Ruby heads over to Stacey’s.

As the girls head out, Ruby asks if they can stop off at the chemist where Stacey hears her ask for the morning after pill.

Stacey senses something is wrong and takes Ruby back to hers and asks if everything is ok.

Ruby confesses that she slept with Ross before passing out, but when she came round Matt was on top of her.

While Ruby blames herself for drinking too much, Stacey is horrified and tells Ruby that it’s not her fault at all – she was raped.

Meanwhile Martin’s friends are telling Ross about their night and their version of events is very different.

They tell Martin that Ruby slept with Ross and Matt and when Martin questions their actions, they insist it was consensual.

It was announced last month that EastEnders would be tackling a rape storyline that centred around the often confusing issue of consent.

Louisa Lytton, 29, said: “As someone that has been part of EastEnders before, and as a viewer of the show, I know the impact a storyline such as this can have.

The issue of consent was recently explored in Casualty, when favourite Alicia Munroe was raped by colleague Eddie McAllister.

When Ruby’s return was first announced in July, John Yorke promised that she’d be involved in one of the show’s biggest storylines later this year.