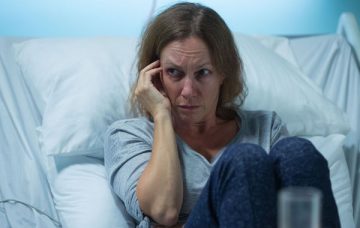 The battle for baby Abi Branning in EastEnders has become very nasty and next week it culminates in Rainie being taken to hospital.

It’s all too much for Max who then snatches Abi. But will he be left all alone when the police arrive?

The week starts badly when Max and Rainie receive a letter from Cora’s solicitor stating she knows their marriage is fake and also accusing Rainie of sleeping with Jack.

Max is fuming, but realises it’s true when Rainie can’t hide her guilt. Jack confirms the bitter blow when Max confronts his brother in the cafe.

Despite Rainie’s attempts to apologise, Max is furious and accuses her of ruining any hope they had of getting Abi home with them.

Although he plans to deny everything they’ve been accused of in the letter, Cora still believes she has the upper hand and delivers some harsh home truths in The Vic. Rainie can’t take her mother’s abuse and sees red.

With Max forced to step in and calm Rainie down, the dust is left to settle before Rainie apologises to her mother. But as Rainie swallows her pride and insists they all need to come to an agreement over what’s right for Abi, Cora refuses her daughter’s olive branch.

As things get nasty again, Cora lashes out and Rainie is injured. Ian walks in during the fight and Max uses the chaos to take Abi and make a getaway – nice that he’s checked on his wife’s condition, isn’t it?!

With Rainie being rushed to hospital, Max is nowhere to be seen. He eventually turns up at Stacey’s begging for her help, but as he’s collecting Abi’s things to leave the police turn up and take the little girl.

A devastated Max can’t believe it and is sure he’s lost Abi for good.

When a hospitalised Rainie finds out Abi is with social services, she wants to make it up to Max so agrees to press charges on her mother.

Ian also says he won’t support Cora’s application for custody any more, but Max still isn’t happy and continues to lay into Rainie accusing her of ruining their chances of ever getting the baby.

With the walls closing in, Rainie realises she has to do something to get Max back on side and to make sure they get baby Abi, but will her next move be enough?

Cora recently returned to the Square and admitted to Martin she’s been struggling to cope with the little one. Is she really the best placed person to care for the baby?

Max and Rainie both have their own motivation for wanting to bring up Abi, but are they really a stable enough pairing to give her what she needs?

Max isn’t going to win any father of the year awards, but could he change his spots enough to do the job right this time round?

Who should get baby Abi? Leave us a comment on our Facebook Page @EntertainmentDailyFix and let us know what you think.

EastEnders airs Monday at 8pm, Tuesday and Thursday at 7.30pm on BBC One. There’s no Friday episode next week due to Children In Need.